Planning for Climate Change in the Province of Quebec 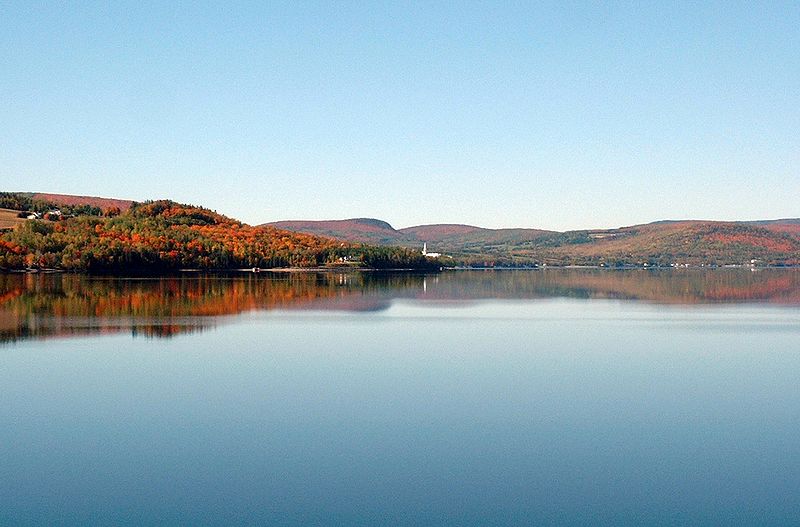 Photo attributed to Infogp. This work has been released into the public domain by its author. No endorsement by licensor implied.

Quebec has been engaged in developing measures to address climate change since the 1990s. These activities include creating climate-specific institutions, action plans, and, most recently, a formal provincial adaptation strategy.

Quebec is the second most populated province in Canada with approximately three percent of the world’s freshwater reserves (Boyer 2008). Prominent bodies of water within and surrounding Quebec are the Labrador Sea, Hudson Bay, the Atlantic Ocean, Lake Champlain, and the St. Lawrence River, the primary drainage outlet of the Great Lakes basin. The province’s terrain has been shaped by glaciation and scouring, creating three distinct geological zones – the Canadian Shield, the Appalachians, and the St. Lawrence lowlands (McGill University 2011). Quebec is characterized by four climatic zones: humid continental (southern and western Quebec), subartic (central Quebec), arctic (northern Quebec), and east maritime (eastern Quebec). Climate change in Quebec is expected to cause increased average air temperatures; changes in the timing, duration, and intensity of precipitation; increased extreme events, such as heat waves and droughts; sea level rise and coastal erosion; and decreased snowpack (MDDEFP 2008).

Quebec has been actively engaged in addressing climate change since the 1990s, motivated by two major natural disasters: the July 1996 Saguenay floods and the January 1998 ice storm, which caused billions of dollars in damage and demonstrated the province’s vulnerability to such events. The Quebec Government created two climate-specific institutions in 1998 and 2001, respectively, to address climate change issues in the province: the Comité interministériel sur les changements climatiques (Interministerial Committee on Climate Change) and the Ouranos Consortium on Regional Climatology and Adaptation to Climate Change. Ouranos, a private non-profit organization, was created in cooperation with Hydro-Quebec and Environment Canada. The consortium has engaged in a variety of research activities on climate change impacts and adaptation to support informed decision making. Ouranos is also the lead of the Quebec Regional Adaptation Collaborative, a three-year initiative (2009-2012) to fund research focused on the built environment, water resources management, and socioeconomic activities.

Quebec has released two climate action plans and an adaptation strategy in the last six years. The 2006-2012 Climate Change Action Plan (CCAP), created by the Ministère du Développement durable, de l’Environnement, Faune et des Parcs (MDDEFP; Ministry of Sustainable Development, Environment, Wildlife, and Parks), called for a reduction of greenhouse gas emissions by six percent below 1990 levels by 2012 (MDDEFP 2008). The plan included 20 mitigation and six adaptation measures. The adaptation actions included creating public health and safety monitoring and early warning systems; consolidating and modernizing existing climate, water resources, and air quality monitoring networks; evaluating and conducting research on permafrost thawing, coastline erosion, and adaptation strategies to mitigate these impacts; assessing the vulnerability of forests and effects on management; enhancing water and air quality management; and supporting the Ouranos Consortium. By 2009, Quebec’s greenhouse gas emissions were at 2.5% below 1990 levels and many of the adaptation actions were being implemented. The 2013-2020 CCAP was released in 2012 and builds upon the 2006 version; the new plan updates the original goal of a six percent reduction by 2012 to a more aggressive 20% by 2020 (MDDEFP 2012a).

The 2013-2020 Climate Change Adaptation Strategy (Strategy), which is complementary to the 2013-2020 CCAP, was also released in 2012 (MDDEFP 2012b). The MDDEFP created a working group to support the development of the Strategy; other members included:

In spring 2010, the working group held eleven workshops to solicit stakeholder input from practitioners, managers, and researchers on climate change impacts and priorities. In August 2010, additional meetings were held with representatives from industry, environmental groups, and municipal authorities to gather input on concerns and potential adaptation strategies. The strategy was released for expert and public comment in September 2011 and February 2012, respectively.

The Strategy adopts fourteen of the principles outlined in Quebec’s Sustainable Development Act: health and quality of life, social equity, environmental protection, economic efficiency, participation and commitment, access to information, subsidiarity, collaboration and cooperation, prevention, precaution, protection of cultural heritage, biodiversity preservation, respect for ecosystem support capacity, and responsible production and consumption. The Strategy focuses on the four most vulnerable sectors of Quebec – human health and well-being, economics, built environment, and natural systems. Adaptation actions are focused around eight strategic directions and 17 objectives, and will be implemented with the financial and technical support of government agencies.

Quebec has taken a number of actions to address climate change. Until 2020, the 2013-2020 CCAP target of a 20% reduction in greenhouse gas emissions below 1990 levels and the Strategy will guide the province’s actions on climate change. The Quebec Government plans to create mechanisms for monitoring and evaluating the Strategy. MDDEFP is responsible for coordinating the overall development and revision of the Strategy, while all government agencies will be responsible for implementing and evaluating the adaptation actions therein. 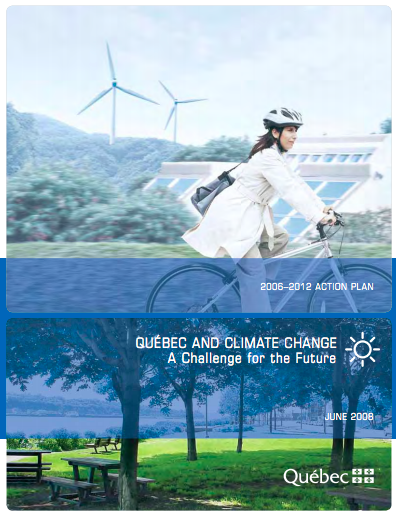