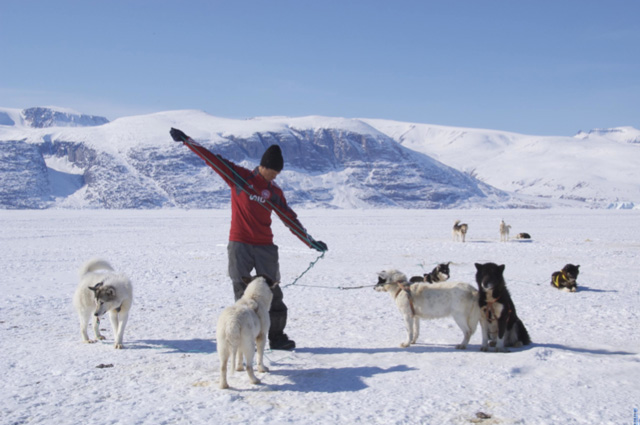 The Many Strong Voices Programme (MSV) was created in 2005 and brings together indigenous people, community organizations, policy makers, and NGOs to promote the well-being of Arctic coastal communities by taking action on climate change mitigation and adaptation, and to give them a voice on the world stage. The Portraits of Resilience photography project, through the words and photos of youth in the Arctic, Fiji, Seychelles, and Tuvalu, illustrates the impacts of climate change on these communities and their ability to adapt to impending climate change.

MSV was created in 2005, and is coordinated by UNEP/GRID-Arendal and the Center for International Climate and Environmental Research in Oslo, Norway. The MSV Programme brings together indigenous people, community organizations, policy makers, NGOS, and researchers to “promote the well-being, security, and sustainability of coastal communities in the Arctic and Small Island Developing States (SIDS) by bringing these regions together to take action on climate change mitigation and adaptation, and to tell their stories to the world.” In 2009, MSV launched the Portraits of Resilience photography project, which illustrates the impacts of climate change through the words and photographs of youth in Arctic and SIDS communities. The project is intended to bring personal stories to the attention of the general public and to decision-makers.

Two photographers, Christine Germano and Lawrence Hislop, who have extensive experience documenting human/environment interactions, helped train youth in regions most affected by climate change to use cameras and other digital media. Students have written essays and learned to take photographs in order to show what climate change means in their lives and for their futures.

The first phase of the project focused on four Arctic communities: Shishmaref, Alaska; Uummannaq, Greenland; Nesseby, Norway; and Pangnirtung, Nunavut; many students created posters (including photos and descriptions) that document climate change impacts and adaptations. For example, climate change impacts in Shishmaref are some of the most dramatic in the world; photos and stories created by students at Shishmaref High School documented increased erosion, which is causing land to be lost in the community. Eroding land washes away boats and racks (what they use to dry seal meat and fish) and is threatening homes, forcing the community to relocate homes from the west side to the east side of Shishmaref. Other adaptation strategies include building a new seawall along the beach, and setting forth a proposal to move the village landward, although many residents are reluctant to relocate.

In addition to Arctic communities, the Portraits of Resilience project also has photos from Fiji, Seychelles, and Tuvalu, and is hoping to expand into the Caribbean.

The Portraits of Resilience Exhibition is a traveling exhibit that was launched in 2009 during the UN climate talks in Copenhagen. It has since traveled to Vancouver, B.C. where it was featured at the Vancouver Winter Olympics 2010; the exhibit is now open at the Field Museum of Natural History in Chicago. This exhibit was intended to give the children and youth of Arctic and SIDS communities a voice and to show the world the effects of climate change these communities and the efforts people are making to adapt to it.

Information was collected through interviews and online resources. Updated 12/16/10

As UNEP's Key Polar Centre, we are involved with initiatives in the Polar Regions, and increasingly, we are broadening our focus on sustainable development of the oceans and coasts elsewhere in the world.