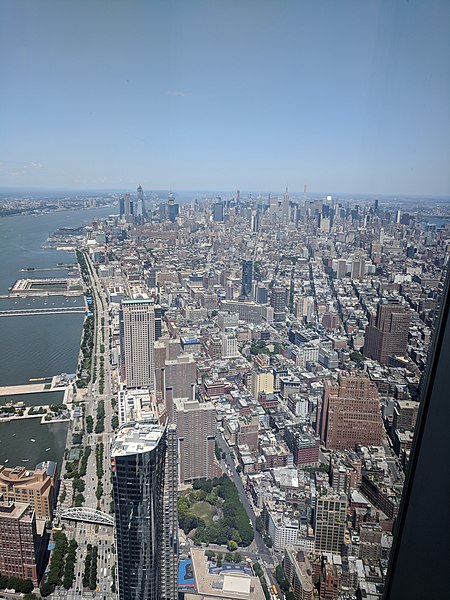 New York City. This image was released into the public domain.

The New York City Mayor’s Office of Sustainability and the New York City Department of Environmental Protection (DEP) are working to address sea level rise and flooding, including developing and implementing design and coastal resilience guidelines.

Hurricane Sandy hit New York City in October 2012, causing nearly $19 billion of damages and economic losses. The devastation caused by this storm was a test for how well the city and its systems would fair under sea level rise and increasingly severe weather events. Since then, the city has made several advancements on flooding response measures. For example, large coastal protection projects were put in place in the Rockaways (Queens) and Staten Island with the goal of alleviating the impacts of 100-year floods. In the last few years, the city’s attention has shifted toward neighborhoods that are more frequently flooded than others. The Infrastructure and Energy Team in the New York City Mayor’s Office of Sustainability aimed to bridge the mitigation and adaptation divide with the creation of the Climate Resiliency Design Guidelines. These guidelines, released in 2020, were specifically developed to support designing city assets for the future. The guidelines are not mandatory but several entities have implemented them, including the DEP.

Both the Mayor’s Office and the DEP rely on the input of the New York City Panel on Climate Change, which was appointed by the Mayor. The Panel is the advisory body for downscaling Intergovernmental Panel on Climate Change projections for the city. The agencies use the mid-range regional sea level rise projections: 4–8 inches by the 2020s, 11–21 inches by 2050s, 18–39 inches by 2080s, and 22–50 inches by 2100. The panel has been mandated by the New York City Council to update these projections as new science becomes available.

Currently, the city is tracking how the Climate Resiliency Design Guidelines are being used in city buildings and facilities to document progress, including who is building what. The next iteration of the guidelines will include a checklist for agencies to use to document actions, and the city is working on developing coastal resilience guidelines for neighborhoods. Overall, the design guidelines help users assess the working life of assets and identify where and when upgrades are needed (e.g., wastewater upgrades as part of the Wastewater Resiliency Plan). The city also pays attention to bond ratings when looking at assets and balancing performance against the timeframes in which they borrow money. The city would like to mandate the use of the design guidelines in the future, particularly for individual assets. As it stands, the DEP has been the leader in implementing the guidelines for facilities in the city.

After Hurricane Sandy, the DEP developed its Wastewater Resiliency Plan, an assessment of the facilities at risk for flooding and associated damage costs. The DEP began retrofitting and designing new facilities and pumping stations (e.g., floodproofing, elevation) to better cope with coastal storm surge and sea level rise. The department has since adopted the Climate Resiliency Design Guidelines to ensure consistency in planning, and has invested $400 million in resilience upgrades for the city’s wastewater facilities. The department is now focused on citywide mapping of stormwater management as it relates to sea level rise and precipitation changes. The maps will show inland flooding from sewer systems that may be overwhelmed by riverine flooding in order to raise awareness and integration of these impacts in future land-use planning. Less effort has been invested on drinking water due to the city’s watershed (its main water supply) being located so far inland, however, as sea levels rise, there may be more implications for management. The city is trying to avoid building underground tanks and tunnels, focusing instead on green infrastructure as much as possible. The DEP is examining how Copenhagen, Denmark leverages its floodable parks to cope with extreme events to determine if the city could implement something similar.

Barriers to the city’s efforts include funding and limited space or options for retreat. Funding is a common challenge for cities seeking to address climate change. NYC has successfully used funds from the Building Resilient Infrastructure and Communities program. The Restore Mother Nature Bond Act, which passed in the New York state budget in April 2020 had looked to be a promising source of funds, but has been put on hold due to the COVID-19 pandemic. The departments are watching how other cities are finding ways to fund their respective resilience and climate change initiatives in order to find alternative pathways (e.g., Boston, MA; Edmonton, Alberta; Fort Lauderdale, FL).

The agencies have also been challenged by determining cost-benefit analyses for adaptation measures and competing priorities that take attention away from slow-onset events such as sea level rise. For example, existing inequities make some areas of the city and its residents more vulnerable than others. Heat stress is an example of how access to resources (e.g., air conditioners) will play a part in residents’ capacity to adapt. The city is pushing green roofs and solar infrastructure, going as far as to mandate it on new roofs.

Learning how to communicate in different ways is important in order to demonstrate the benefits of resilience strategies to a variety of audiences. Recent communications with residents have shown that individual experiences with Hurricane Sandy heavily determine perceptions of adaptation actions and the urgency at which they need to be implemented. Those who directly experienced impacts from the storm are more accepting of immediate investments in order to avoid long-term impacts and costs. The Wastewater Resiliency Plan examines the tradeoffs of investing now versus no action and the avoided damages that may result from more immediate actions.

Moving forward the city wants to use more of an integrated planning framework for investing in regulatory compliance and increasing resilience, similar to the One Water Los Angeles. In terms of land-use planning, the city would like to incorporate sea level rise into zoning requirements and consider elevation, retreat, and relocation strategies in order to move away from an “armor and pump” approach.

Our Vision
The Mayor’s Office of Climate Resiliency (MOCR) strives to adapt New York City to the unprecedented challenge of climate change, creating a more resilient, equitable and vibrant city for the New Yorkers of today and generations to come.

Our Mission
Through science-based analysis, policy and program development, and capacity building, MOCR leads the City’s efforts to ensure that New York City is ready to withstand and emerge stronger from the multiple impacts of climate change in the near- and long term. 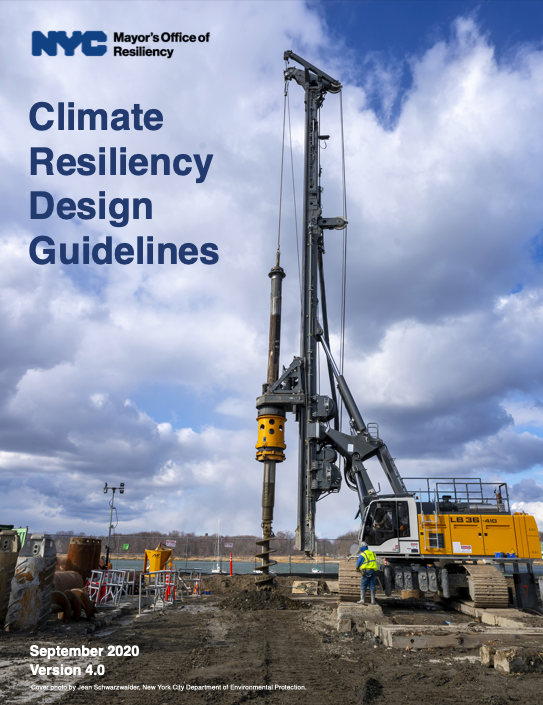 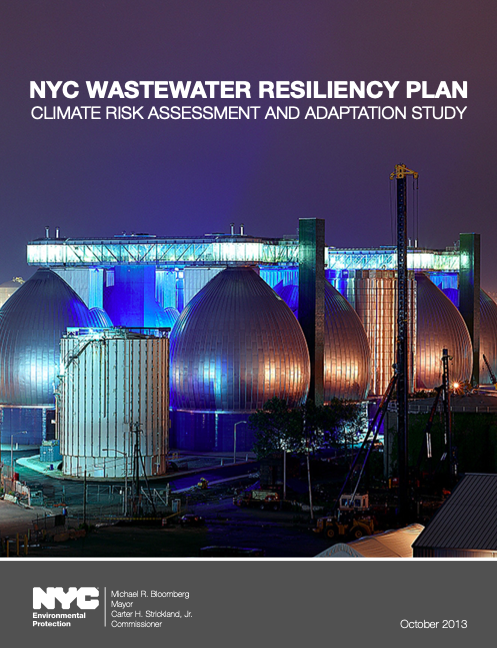