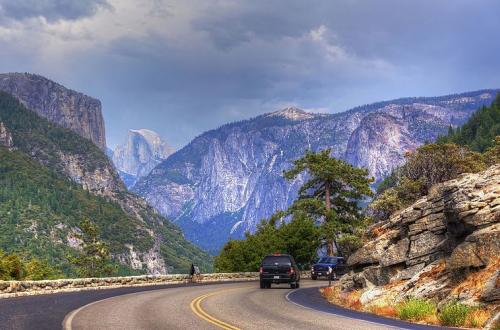 The Mariposa Public Health Department (MPHD) is in early stages of planning and adapting for climate change. A high priority is establishing baseline information to compare with future data to measure effects of climate change on local health. For example, disease surveillance efforts are starting to capture data on secondary effects of climate change like the spread of insect borne diseases. Work has been done with the county planning department to incorporate a stronger public health lens in a variety of emergency preparedness planning efforts, such as excessive heat, cold, power, water shortage, and wildfire emergency plans.

Mariposa County is a rural area located in the central Sierra Nevada mountain range with a sparse population of fewer than 20,000 people. Like many of the county’s in the North Sierra Region, the county’s primary economic activity is tourism. With landmarks such as Yosemite National Park, visitors from around the world swell the local population during the peak tourism season, which also coincides with wildfire season. Wildfires present a heightened concern due to recent wildfires such as the 2013 Rim Fire which burned 257,314 acres in and around Yosemite National Park. Again in September 2014, the Bridge and Meadow fires caused evacuations and further destruction of National Park and US Forest Service Lands. Fire suppression activities, fires and wildfire smoke are projected to increase due to climate change. The area is projected to also experience the risks of heat waves, increased air pollution, and reduced rainfall and snowpack. These significant impacts will disproportionately affect the area’s most vulnerable populations, including children, elders, people with chronic diseases, outdoor and tourism workers, people living in poverty, and some communities of color.

Wildfires are a serious public health challenge to Mariposa County. Historic forest management practices and wilderness development have created prime conditions for catastrophic forest fires. Wildfires have the potential to provide many ecological benefits necessary to sustain a healthy forest, including clearing out understory vegetation. However, over the past century, wildfires have been suppressed and forests are now denser than in the past, providing more fuel for wildfires. Climate change impacts intensify these dense forest conditions. The fire season is starting earlier in the year and lasts longer due to changes in snowpack levels. Drought conditions associated with long-term climate change trends have dried forests and made them more susceptible to fire. Drought conditions are a barrier to firefighters trying to locate water to fight fires, since many previous sources of surface water no longer exist.

Wildfires have an immediate and long-lasting effect on our health.

The MPHD plays an important role in communicating wildfire dangers to the public. Communication has become more important due to the compounding nature of climate change on both water sources and longer wildfire seasons. The staff have collected and synthesized data related to smoke and fires, and presented it in easy to understand messages to the public. They have crafted messages about wildfire safety highlighting the health risks of smoke and other related dangers. To communicate dangers and ways for the public to take precautions, the MPHD public information officer leverages multiple communication channels, including press releases, dedicated public call-in phone lines, social media, and electronic bulletin boards. The department has also advocated for new, preventative approaches for forest management that mitigate wildfire impacts. These adaptation strategies include forest thinning, which also has the potential co-benefit of producing biomass for green energy generation and employment supporting the local economy.

Mariposa County is unique with the Air Quality District located in the health department. This co-location fosters a strong relationship between the public health and air quality staff, helping to more effectively plan for smoke events from wildfires. In June 2014, the MPHD and Air Quality District jointly revised the county’s Air-Borne Emergency Response Procedures document.

To support its wildfire and climate change efforts, the department is currently searching for partnerships with outside organizations. By participating with the California Department of Public Health’s (CDPH) Building Resilience against Climate Effects program (CalBRACE) supported by the Centers for Disease Control and Prevention, the department is increasing its capability, and preparing to respond to future wildfire and air pollution threats. The CalBRACE program is providing technical assistance and modest funding to support capacity building efforts and planning to address climate adaptation and health issues, including those related to wildfires, heat and air pollution.

This is one in a series of Climate and Health Case Stories that highlight how public health departments in California are responding to climate change as an emerging public health issue. The original text may be found at