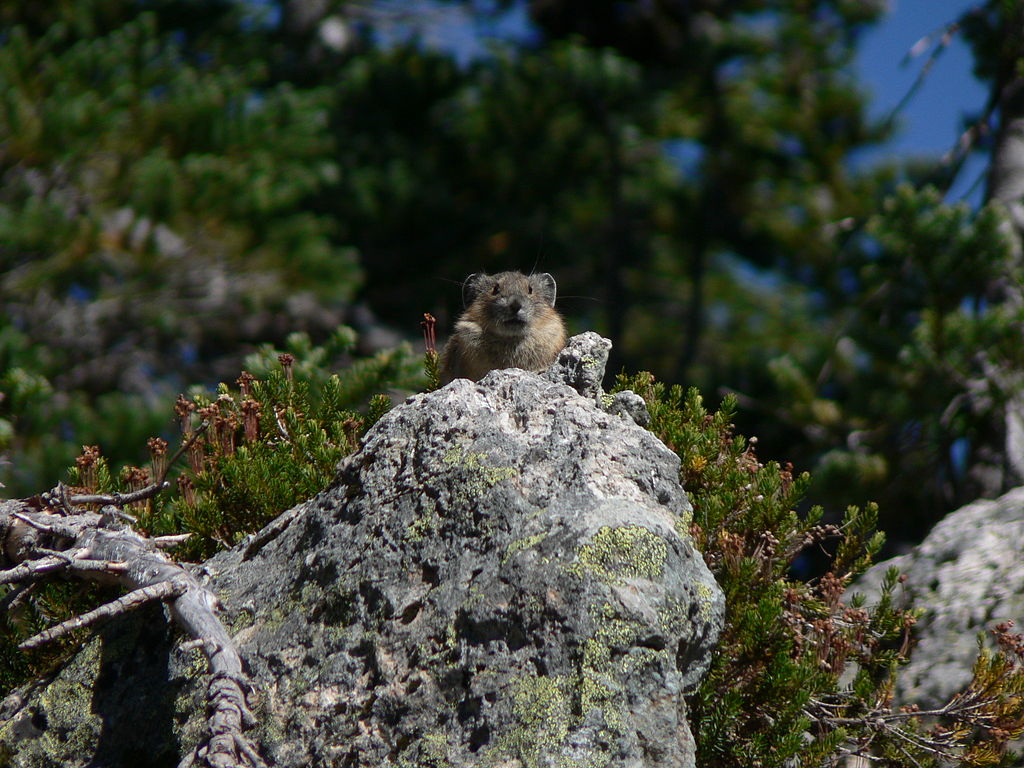 American pikas, a cousin of the rabbit, live on boulder fields and talus slopes at high elevations in the Intermountain West. Pikas are particularly vulnerable to increasing temperatures as a result of climate change, and will need to adapt by shifting their ranges to higher altitudes or by finding microclimate refugia that are buffered from extremes. Unfortunately, little is known about the locations and numbers of pika populations in Montana, making it difficult for managers to develop strategies and actions to enable pikas to adapt to the impacts of climate change. At the Craighead Institute in Montana, researchers are working on developing a long-term monitoring program to track pika populations as well as creating habitat suitability models to identify areas that are likely to serve as refugia for pikas in the future. The results of this work will be used to inform the development of management strategies that will enable pikas to adapt to the effects of climate change.

American pikas are small mammals that look much like gerbils and live on boulder fields and talus slopes near meadows at high- to mid-elevation in the Intermountain West; in Montana, pikas can be found in all western mountain ranges above 8,000 feet (MT Field Guide). Pikas are adapted to life in mountainous areas and are highly sensitive to warm temperatures; they are unable to survive if the temperature exceeds a certain threshold, even as mild as 78˚F. This sensitivity makes pikas extremely vulnerable to rising temperatures as a result of climate change and in many locations pikas are disappearing more rapidly than ever before. As temperatures rise, pikas can adapt by migrating higher into the mountains or by finding microclimate refugia that are buffered from extremes. Unfortunately in Montana, current, accurate estimates of pika population numbers and locations are lacking, which makes it difficult to develop effective conservation strategies that enable pikas to adapt to changing climate conditions.

The Craighead Institute, an applied science and research organization, is currently working to identify current pika habitat and predict future habitats under climate scenarios that will help pika persist under warming temperatures.

Researchers at the Craighead Institute have been gathering historical data on pika population numbers and locations around Montana, revisiting sites to determine whether pikas still inhabit the area, and documenting new locations of pikas. In addition, they have begun developing pika habitat suitability models using population data from three distinct pika populations in three different ecoregions around the world. The GIS-based pika habitat suitability models will use temperature and precipitation predictions from climate change models to investigate whether pika populations in Montana and other parts of the United States will decline in the future, when and where the changes may occur, and identify habitat areas that will serve as refugia for pika in the future. Researchers are also investigating changes in snow depth in alpine areas, which may be one of the leading factors that cause pikas to go extinct; pikas use snowpack for warmth and, as the climate warms, snowpack is predicted to decrease.

In 2010, pikas were petitioned for listing as threatened or endangered under the U.S. Endangered Species Act; however, the petition was denied based on a lack of available data. The Craighead Institute is hoping to address this deficit by using the information on pika population numbers and locations to establish a long-term monitoring program in Montana. In addition, the information from the habitat suitability models will be used to guide pika conservation efforts and management actions in order to help pikas adapt to and persist under changing climate conditions.