Ongoing erosion threatened the base of a historic lighthouse at Cape Hatteras National Seashore (the park), despite multiple hard stabilization protection efforts. The park needed to obtain funding and public support to relocate the lighthouse away from the eroding shoreline.

The Cape Hatteras lighthouse is one of the most popular visitor attractions at the park. This historic structure was built on the barrier island in 1803 and is a culturally significant asset. By the 1930s, shoreline retreat threatened the base of the lighthouse with an estimated erosion rate of 3.7 m (12 ft) per year, independent of beach nourishment and protection efforts. Hurricanes and associated storm surges exacerbated this erosion.

Over the following decades, the park attempted to protect the lighthouse from erosion using a number of hard stabilization techniques including sheet pile groins (1930s), beach nourishment (1966, 1971, 1973), nylon sand-filled bags (1967), reinforced concrete groins (1967), a sandbag wall (1971), piled rubble (1980), and artificial “seascapes” (1981). The park also considered moving the lighthouse, but after receiving oppositional feedback at a public workshop in 1982, a seawall revetment with artificial seaweed was installed instead, followed by installation of a sandbag revetment in the 1990s.

None of the mitigation techniques seemed to provide any long-term protection. Relocation seemed to be the most promising way to protect the lighthouse, but public support and funding was needed to accomplish this.

Following so many unsuccessful attempts to protect the lighthouse with hard structures, the “Move the Lighthouse Committee” was formed in 1986 and became strong proponents of relocating the lighthouse inland. In 1988, the National Academy of Science also recommended that the lighthouse be moved. The National Park Service (NPS) released a statement in December 1989 formally announcing the decision to move it.

Securing funding and gaining public support were two significant challenges to implementing the relocation plan. Planning the move required several years of litigation, planning meetings, and public outreach. Public response was mixed. In particular, it was difficult to persuade stakeholders that the high cost of relocation was more cost-effective in the long term.

The lighthouse was moved in June 1999 at a cost of $11.8 million. The new location is 0.9 km (0.55 mi) from its previous position and approximately 0.5 km (0.3 mi) from the shoreline. The Lighthouse Society placed a ring of granite stones, each engraved with the name of a lighthouse keeper, to mark the former position of the lighthouse. Although the original plan called for the stones to be left in place, continued overwash and burial of the stones led to negotiations between the Lighthouse Society, a Congressional Representative, and NPS to uncover and move the stones. Cape Hatteras National Seashore funded the new Keepers of the Light Amphitheater, which was built in 2015 by placing the stones in arcs in front of the lighthouse’s new location.

Climate change impacts such as sea level rise and increased storm surge frequency may present future threats to the lighthouse in its new location. In 2017, researchers from East Carolina University released "Identify Cultural Resources Sites Affected by Sea Level Rise at Cape Hatteras” The report provides a detailed vulnerability assessment as well as mitigation and adaptation strategies and serves as an informative tool for future planning efforts at the park.

The sound of ocean waves, the starry night sky, or the calm of the salt marshes, you can experience it all. Shaped by the forces of water, wind, and storms these islands are ever changing. The plants, wildlife, and people who live here adapt continually. Whether you are walking on the beach, kayaking on the sound, or climbing the Cape Hatteras Lighthouse there is something for everyone to explore

Reducing Vulnerability to Climate Change in the Arctic: The Case of Nunavut, Canada 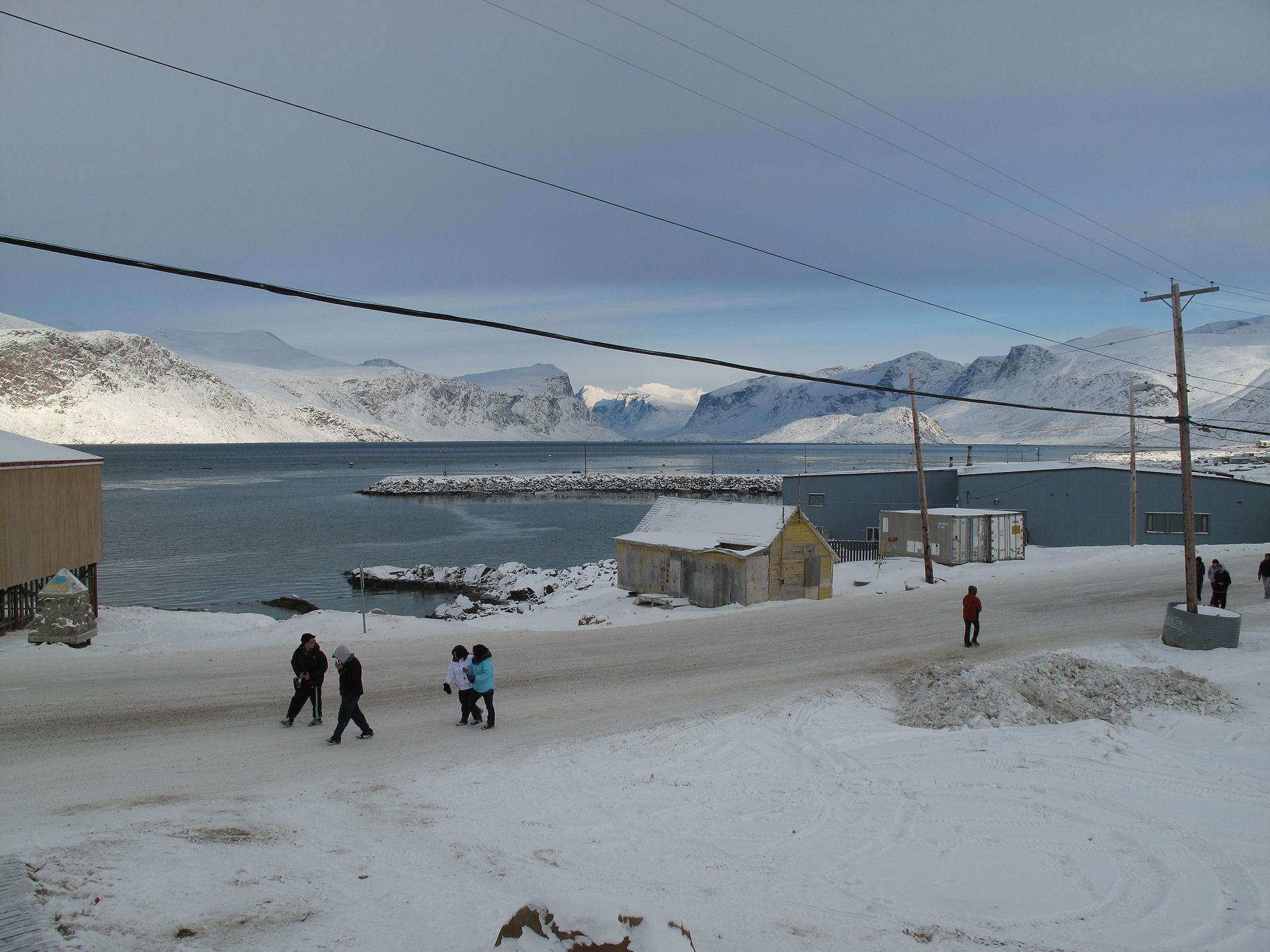