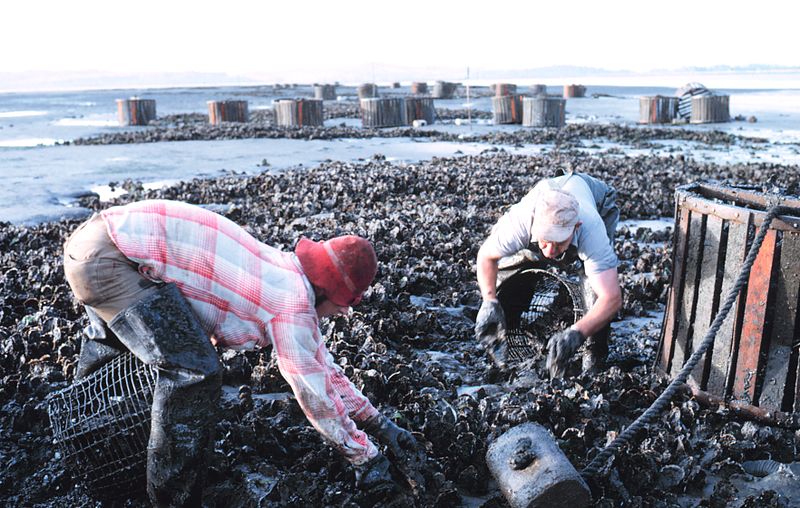 In 2005, shellfish growers began to encounter difficulties in rearing hatchery-produced oyster larvae and in successfully setting wild populations of oysters. Preliminary research indicated that increasingly acidic, nutrient replete, deep, upwelled waters could be the cause of the increase in oyster mortalities. The upwelled seawater may retard oyster larval development by dissolving calcium carbonate shells, exposing larvae to gas super-saturated conditions and harboring increased concentrations of the bacterium Vibrio tubiashii.

As of December 2009, three of the four projects had been funded: monitoring seawater, the genetic study, and developing an assay to detect Vibrio. PCSGA is continuing to look for funding for the final project, retrofitting hatcheries, as outlined in the Oyster Emergency Project.

Through the “Oyster Emergency Project” targeted research plan, PCSGA hopes to identify short-term solutions that can be implemented within months to help shellfish hatcheries adapt to changes in seawater chemistry. The long-term monitoring program will allow researchers to specify environmental parameters that retard oyster larval development. Understanding the relationships between the physical environment and larval biology could promote longer-term solutions to changes in seawater chemistry.

Information gathered from interviews and online resources. Last updated on 2/1/10.

The Pacific Coast Shellfish Growers Association (PCSGA) was founded in 1930 and represents shellfish grower’s interests in Alaska, Washington, Oregon, California and Hawaii. Annually, members produce over 100 million pounds of shellfish such as oysters, geoduck, mussels, clams and scallops. In 1995, PCSGA partnered with the scientific community, regulators and shellfish growers to form the Pacific Shellfish Institute (PSI) whose mission is to conduct research on shellfish and disseminate scientific and technical information to growers, regulators and others in the research community.