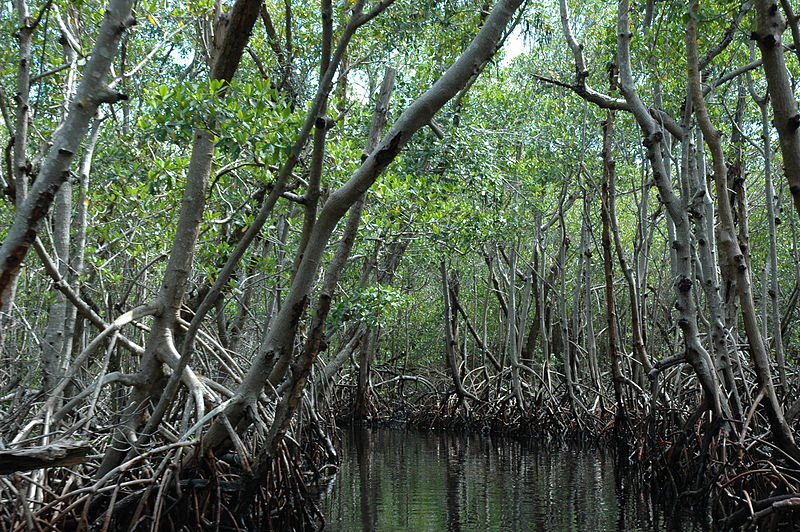 In 2000, Congress approved and funded a 30-year restoration effort for the Florida Everglades­­––the Comprehensive Everglades Restoration Plan (CERP). In 2008, the National Academies of Sciences recommended that restoration projects in the Everglades include the long-term effects of environmental change, including sea level rise. Because CERP involves federal, state, and local partnerships, along with guaranteed funding, it serves as a platform from which to effectively plan and implement adaptation.

Florida has multiple ongoing efforts to prepare for future sea level rise. Models estimate that sea levels could rise by 3–5 feet, which would jeopardize an estimated 15 million people living within 25 miles of the shoreline. In Southeast Florida, sea level rise is being addressed around two major initiatives. Local governments have organized themselves under a Regional Climate Change Compact while the federal, regional, and state agencies are focusing efforts on the Everglades restoration process.

The Everglades is currently undergoing a massive restoration effort and sea level rise is being incorporated into long-term plans. The U.S. Army Corps of Engineers and the South Florida Water Management District (SFWMD) have created a 50/50 partnership to restore, protect, and preserve water resources in central and southern Florida, including the Everglades.  The U.S. Army Corps of Engineers and SFWMD, with many supporting partners, are working together to implement components of the South Florida Ecosystem Restoration (SFER) program, which includes the interagency Comprehensive Everglades Restoration Plan (CERP).

In 2000, the CERP, an update of the Central and Southern Florida (C&SF) Project of 1948, was approved. CERP outlines a framework to guide the restoration, protection, and preservation of the water resources of central and southern Florida. An unintended consequence of the C&SF Project was a drying out of some critical areas, thus one of the main goals of CERP is to redirect 1.7 billion gallons of freshwater a day into the areas that need it the most, such as the Everglades. To improve landscape connectivity, roughly 240 miles of internal levees and canals should be removed. New water storage areas on land formerly preserved for agriculture or new development will be created to support changes in freshwater flow patterns.

Given that CERP was approved by Congress and awarded $7.8 billion dollars of funding for projects, it seemed logical to use the CERP framework as a venue to incorporate the impacts of sea level rise. In 2008, the National Academies of Science Committee on Independent Scientific Review of Everglades Restoration Progress released a memorandum on sea level rise projections of 0.5–5 feet for use in the design and evaluation of CERP projects. In 2013, a workshop was held to discuss sea level rise, temperature, and precipitation projections (e.g., 18 inches of sea level rise, 1.5ºC temperature increase, and a 10%+/- change in annual rainfall by 2060) using the South Florida Water Management Model and compare them with CERP performance indicators. Participants concluded that water-level fluctuations would alter soils and native vegetation, increasing the risk of wildfires and reducing peat production, while a 1.5 ft rise in sea levels would inundate coastal marshes and cause groundwater salinization. Restoration efforts to slow saltwater intrusion, enhance coastal habitats, restore natural flows, and improve freshwater storage have been designed to help the Everglades prepare for climate change. To date, natural flows have been restored in several areas, including the Kissimmee River and Picayune Strand, and wetlands have been restored in the Northern Everglades and Biscayne Bay. However, changing climate conditions are making these restoration efforts more complicated as warming temperatures and variable precipitation patterns have caused vegetation die-offs in Florida Bay.

The most essential goal of CERP is to restore essential hydrological and ecological characteristics of the Everglades, in part to protect south Florida from climate change and restore the quantity, quality, and delivery of water through the system. Using the CERP framework to prepare for and respond to climate change is promising because federal, state, and local partnerships have already been established and there is a pre-established source of funding for future projects. The coordinated effort will facilitate the dissemination of data, models, and outreach information.

To restore and preserve the Everglades, enhance water supplies, and maintain flood protection, the U.S. Army Corps of Engineers, in partnership with the South Florida Water Management District and numerous other federal, state, local and tribal partners, has developed a plan to save the Everglades. 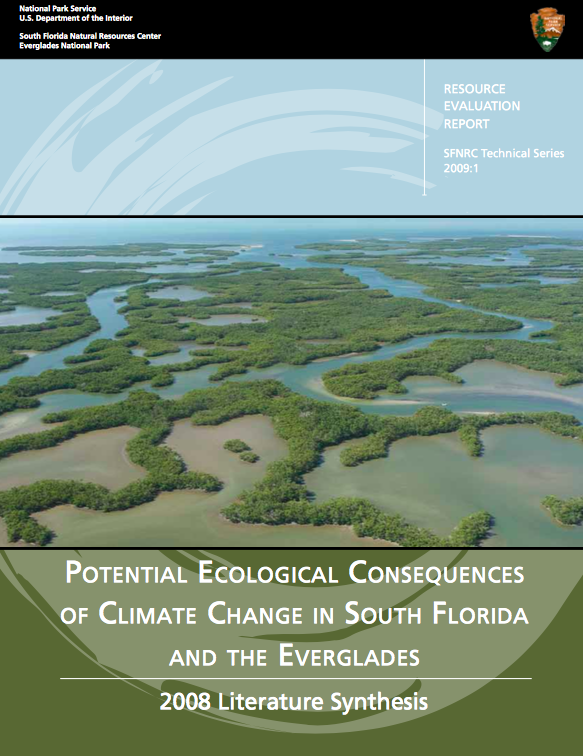