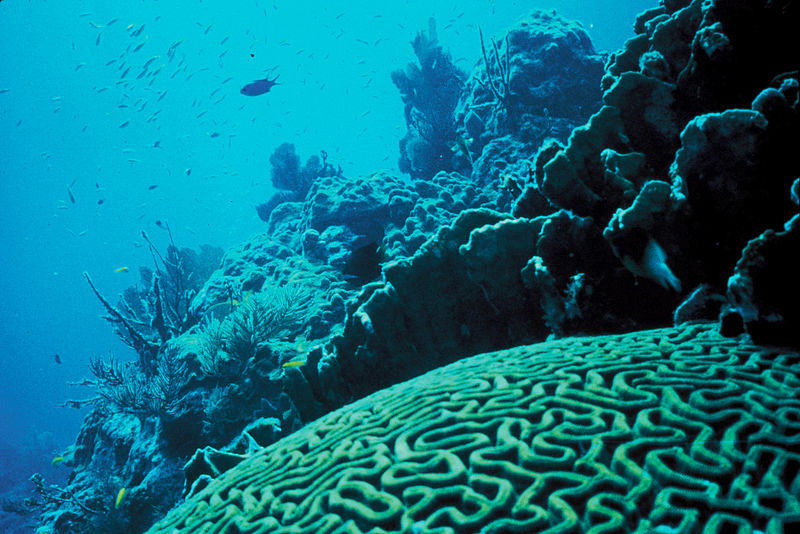 Photo attributed to Jerry Reid, U.S. Fish and Wildlife Service. This work has been released into the public domain by its author. No endorsement by licensor implied.

The FLaSH Ecosystem Project built upon earlier efforts to conduct benthic habitat mapping in Florida by including consideration of climate change impacts, particularly ocean acidification, on living marine resources along the shelf. Scientists studied ocean chemistry to better understand the impacts of higher levels of atmospheric CO2 on marine and coastal resources, and created resources to inform potential remediation efforts to protect resources along Florida’s shelf.

The Florida shelf is an ancient carbonate platform comprised of calcifying organisms such as shellfish, plankton, coral, and macroalgae. A decrease in the pH of oceans may cause physiological effects and will reduce the availability of the chemical compounds required for these organisms to create their shells and skeletons; this in turn may affect the marine food web that relies on phytoplankton as its base. The ability of these organisms to create calcium carbonate shells also has an impact on sediment production and the type of sediment present in the ecosystem (e.g., calcium carbonate vs. silica sands). The east and west shelves of Florida, bordering the Atlantic Ocean and Gulf of Mexico respectively, are comprised of both carbonate and silica sediment.

Other impacts of concern that will interact with ocean acidification and stress calcifying organisms include increased rainfall and runoff, increased frequency and severity of coastal storms, higher ocean temperatures, and rising sea levels.

This project was part of the U.S. Geological Survey (USGS) field research on ocean acidification based out of Florida’s St. Petersburg Coastal and Marine Science Center. USGS led similar projects in the Arctic and Caribbean regions.

With support from state and federal agencies and universities, USGS scientists studied the impact of global climate change on ocean chemistry by monitoring baseline carbon and carbonate data and evaluating the process of biogenic calcification along the east and west shelves of Florida. Both shelves are located along a gradient of temperate and subtropical climates. Scientists examined the distribution changes between benthic assemblages in temperate and subtropical zones to detect evidence of ocean acidification effects on calcifying organisms. In addition, researchers used satellite data to provide a view of how the Florida shelf is responding to environmental change over time.

Products include CO2calc, a seawater carbon calculator application for both desktop and mobile use, and the report West Florida Shelf: A Natural Laboratory for the Study of Ocean Acidification. The report presents the methods and results of five research projects on evidence of the effects of ocean acidification on calcifying species. Researchers hope that these results can inform policy and science decisions on potential remediation efforts to protect living marine resources along Florida’s shelf.

The University of South Florida College of Marine Science is focused on interdisciplinary research in marine science at the graduate level. 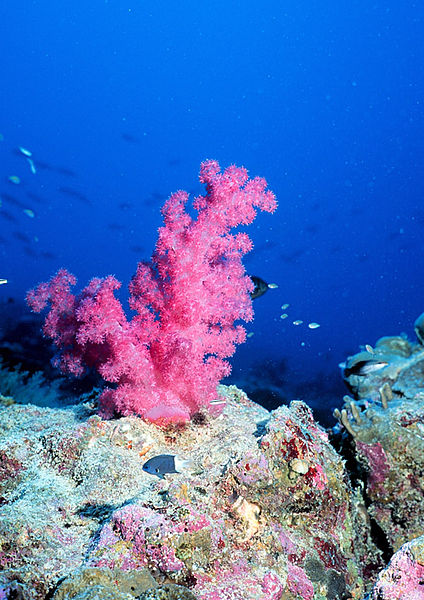