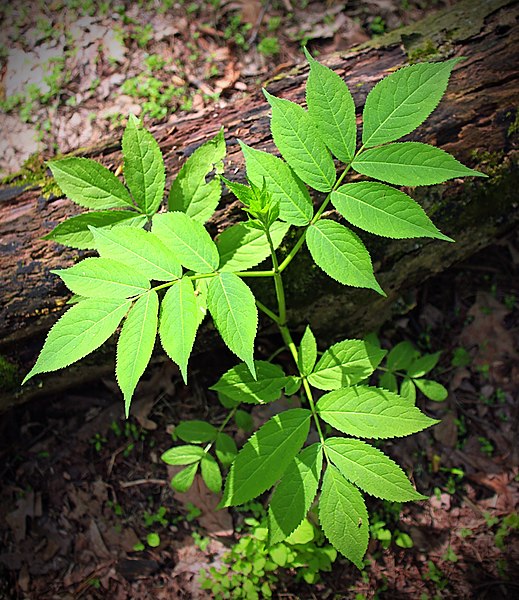 Photo attributed to Nicholas A. Tonelli. Incorporated here under a Creative Commons Attribution 2.0 Generic License. No endorsement by licensor implied.

Black ash trees are found throughout much of southeastern Canada and play important cultural and economic roles in the lives of First Nation communities. Unfortunately, black ash populations are rapidly disappearing due to anthropogenic impacts and other stressors. In response, many First Nations in the Northern Appalachian/Acadian eco-region are working to preserve and restore black ash tree populations.

The practice of selecting the appropriate black ash tree for making baskets provides a cultural and historical link between generations and leads to the responsible stewardship of the trees and their habitats. Unfortunately, habitat destruction, overharvesting, blight infections, declines in water quantity and quality, and invasive species have contributed to the rapid disappearance of black ash trees throughout the Northern Appalachian/Acadian eco-region. Climate change is predicted to exacerbate many of these stressors, as well as cause range shifts in black ash populations.

The decline of black ash across the eco-region has led to many First Nations, individuals, organizations, and governments working together to conserve and restore the trees.

The MCPEI community, with the help of a grant from the First Nations Forestry Program, is creating and implementing a two-phased project to restore the population of black ash on the island. The first phase involves identifying and preserving natural black ash forest areas and developing surplus seed production. In addition, they plan to use these areas to foster an understanding of forest ecology and the use of non-traditional forest products. The second phase of the project involves growing the seeds in nurseries and propagating black ash in other areas of the province.

Other First Nation communities in the Northern Appalachian/Acadian eco-region are working on similar initiatives to restore and protect black ash trees. The Mohawks Council of Akwesasne, the St. Regis Mohawk Tribe and Akwesasne Task Force on the Environment collaborated with NGOs and academics to develop an educational book, website and training program on identifying, collecting, storing, germinating, and planting black ash seedlings. Lennox Island First Nations and the Abegweit First Nation partnered with the MCPEI in 2003 to plant over 600 black ash seedlings. The trees are surveyed regularly to check height, diameter, and general health, and any snow, insect, or animal damage is noted.

To enhance understanding and illustrate the necessity for forest conservation, information sessions, an educational pamphlet and basket weaving demonstration were conducted at Lennox Island and Scotchfort. The forestry department of the Unama’ki Institute of Natural Resources and the environmental department of the Confederacy of Mainland Mi’kmaq have been working on the restoration of black ash in thirteen communities by collecting seeds that are later germinated in a nursery. The Maliseet Nation Conservation Council in New Brunswick is training individuals on how and where to locate seeds and when to plant seedlings. Additionally, the Maliseet Nations are working to increase collaborations with private landowners and the province for harvesting black ash slated for clear-cutting.

MCPEI’s Integrated Resource Management Division has already finalized an agreement with the island’s Provincial Forestry Department to protect approximately 80 hectares on the western end of the province. Individual black ash trees are being surveyed and mapped using GPS, and regularly inspected for seed production. In addition to preserving black ash trees on the property, the conservation agreement helps to protect 70 rare and endangered species also identified during the survey.

Kershner, J. (2015). Restoration and Conservation of Black Ash Trees in the Northern Appalachian/Acadian eco-region of Canada [Case study on a project of the Mi’kmaq Confederacy of Prince Edward Island]. Product of EcoAdapt's State of Adaptation Program. Retrieved from CAKE: www.cakex.org/case-studies/restoration-and-conservation-black-ash-trees-northern-appalachianacadian-eco-region (Last updated August 2015)

An old Mi'kmaq story describes how Glooscap, a Mi'kmaq creation figure, carefully and thoughtfully placed the territory of Epekwitk on the gentle laughing waters of the Gulf of St. Lawrence. Glooscap then slept on a sandy beach, waking years later with a strong conviction to protect the integrity of this serene island. He then devoted his time on earth to this task.