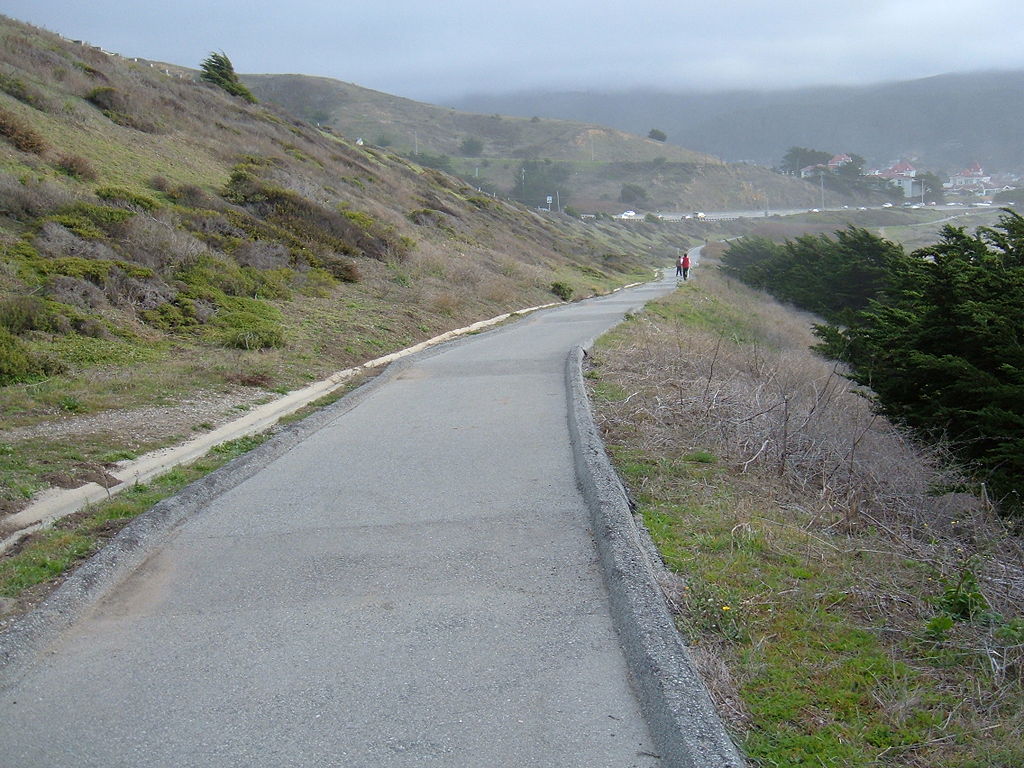 Despite the use of stabilizing structures, flooding of San Pedro Creek and coastal erosion at Pacifica/Linda Mar State Beach has been a recurring problem for the City of Pacifica. In the early 1990s, the city partnered with state and federal agencies, scientists, engineers, and non-profit organizations to work toward a managed retreat strategy for Pacifica State Beach as well as restore wetlands and banks along San Pedro Creek. These actions reduced flooding and erosion threats and restored habitat, which is likely to buffer the system against future climate-related changes such as sea level rise.

The City of Pacifica, located in San Mateo County, California, has battled chronic flooding and coastal erosion for decades. In the past, the city employed structural stabilization techniques (e.g., armoring, channelization) as a buffer against these impacts but despite their use, the city remained at risk from flooding hazards and erosion. In 1982, a major flood from San Pedro Creek damaged more than 300 homes, one of which was eventually lost. Around the same time, critical infrastructure and oceanfront property at Pacifica/Linda Mar State Beach were being threatened by coastal erosion, which was believed to be accelerating as a result of shoreline armoring.

In 1989, Philip Williams and Associates (PWA, now part of ESA) developed a plan for local citizens to improve flood management and ecological benefits of San Pedro Creek. In 1990, the city partnered with PWA, the California Coastal Conservancy, and the Pacifica Land Trust to work toward a managed retreat strategy for the beach. The managed retreat strategy (i.e., the Pacifica State Beach Master Plan) called for the removal of vulnerable structures on the beach and the utilization of soft stabilization techniques to reduce flooding threats, preserve the beach, and improve steelhead habitat.

The plan developed by PWA to improve flood management of San Pedro Creek included expanding and enhancing tidally influenced wetlands at the creek mouth and restoring eroding creek banks. It was funded by the Department of Water Resources Urban Streams Program and was later adopted and implemented by the Army Corps of Engineers.

The Pacifica State Beach Managed Retreat project focused on the restoration of natural coastal and wetland processes in order to reduce flooding and erosion hazards, improve habitat, and enrich recreation. PWA was hired to provide coastal engineering, hydrologic and geomorphic expertise for the project. They developed the conceptual plan for removing the fill, relocating infrastructure, and restoring the beach system. In addition, the City of Pacifica, Pacifica Land Trust, and the California Coastal Conservancy partnered together to purchase two homes and surrounding acreage in order to remove the homes, rebuild the dunes, and restore four acres of beach and the nearby estuary.

The wetland project not only achieved 100-year flood protection for Pacifica, it also enhanced steelhead habitat in San Pedro Creek and cost substantially less because it required less physical construction compared to other proposed plans. The Pacifica State Beach Managed Retreat project has resulted in a reduction of flood hazards, an increase in functioning wetland habitat, and expanded recreation opportunities. This project was identified as a Top Restored Beach by the American Shore and Beach Preservation Association in 2005, and remains a leading example of a well-planned, well-executed coastal project involving the cooperative efforts of the local community, state and federal agencies, scientists, and engineers. One remaining shoreline structure, a Taco Bell restaurant, still needs to be relocated to the other side of Highway 1 as part of the managed retreat strategy. As of May 2020, the Taco Bell restaurant has not been moved.

To further protect its coastline, the City of Pacifica has begun to develop a Sea Level Rise Adaptation Plan, in addition to updating its Local Coastal Land Use Plan to account for sea level rise. The city’s most recent planning does not include managed retreat, but instead focuses on the protection and armoring of the shoreline and the reassessment of policies as conditions change. These planning efforts are taking place under the City’s Plan Pacifica initiative.

The 95,331 miles of ocean and Great Lakes coastlines are home to almost 153 million people, about 53 percent or the total U.S. population. Our nation’s coasts host a variety of industrial and business activities—fisheries, energy facilities, marine transportation, and recreation—that contribute tens of billions of dollars to the economy per year. Our ports handle about $700 billion in merchandise, the cruise industry generates $12 billion annually, and retail expenditure on recreational boating account for over $30 billion nationwide.