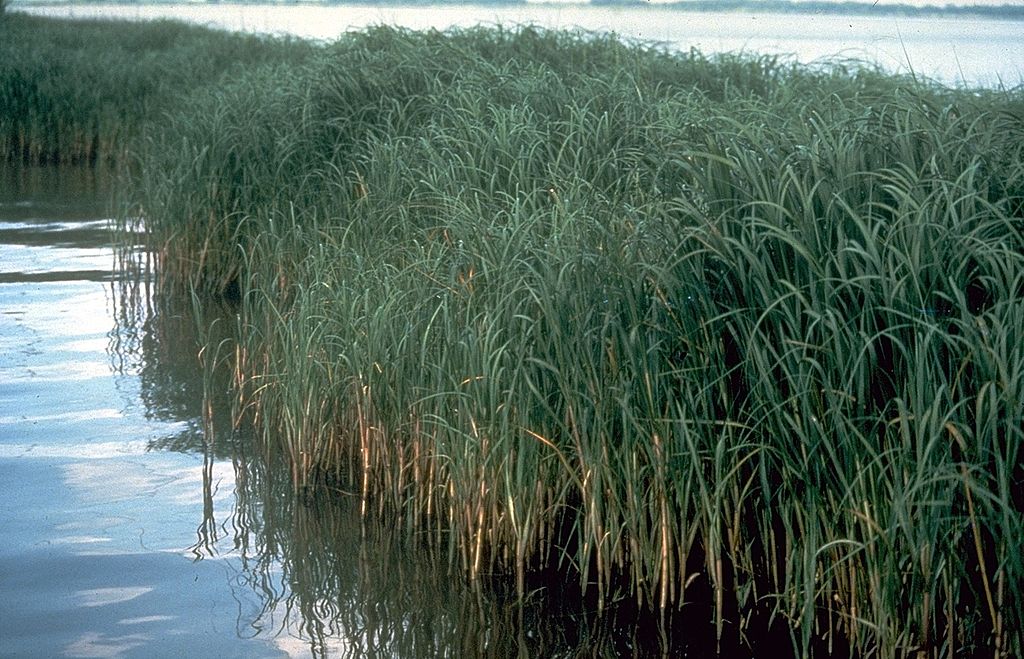 This photo has been released into the public domain because it contains materials that originally came from the U.S. Department of Agriculture. No endorsement by licensor implied.

The San Francisco Estuary Invasive Spartina Project (ISP) aims to limit or eliminate non-native cordgrasses from the Bay’s tidal and salt marshes. These invasive species outcompete and displace native species that not only provide habitat for countless local flora and fauna, but also stabilize the estuary’s salt marshes and mudflats, habitats that are particularly susceptible to sea level rise. ISP conducts annual monitoring to track and map the extent and rate of spread of Spartina in the Bay as well as the effectiveness of eradication efforts.

Climate change in the region is expected to result in increased sea levels, salinization, and storminess. With sea level rise, salt marshes and mudflats are expected to migrate inland, giving Spartina ample opportunity to colonize newly created spaces. The eradication of Spartina from the San Francisco Estuary may prevent large scale losses of native marshes and mudflats that can withstand the effects of sea level rise and coastal flooding.

Funding for ISP is provided by the CALFED Bay-Delta Program, U.S. Fish and Wildlife Service Coastal Program, National Fish and Wildlife Foundation, and California State Coastal Conservancy. ISP includes research, outreach, mapping, treatment, and monitoring throughout the Bay. ISP maps the Bay using Global Positioning System (GPS) units and aerial photos. All information collected is used in planning the control program, which implements manual, mechanical, and chemical methods of cordgrass removal. In addition, region-wide monitoring has been established to map the extent and rate of invasive Spartina spread and to monitor the effectiveness of ISP efforts.

Currently, ISP is treating 27 different sites around the Bay for non-native Spartina. There exist about 600,000 acres of potential habitat invaded by Spartina in the Bay, making site-surveying a challenge. Each year, ISP managers prioritize treatments and inventory sites by considering the historic presence of Spartina, proximity to seed source from nearby infestations, habitat suitability for colonization, and the amount of time since the site was last surveyed. Implementation of control and treatment efforts are supported by partnerships with local landowners, resource agencies, contractors, managers and stakeholder groups.

In addition to eradication efforts, ISP has developed a tidal marsh restoration project to enhance the Bay’s habitats and protect native endangered species.

ISP is an ongoing effort to eradicate invasive Spartina cordgrasses from the San Francisco Estuary, which is expected to increase the resilience of the estuary’s salt marshes and mudflats to sea level rise. Its purpose is supported by the West Coast Governor’s Agreement on Ocean Health, which identified non-native Spartina removal as a top priority.

In 2016, ISP biologists determined that nearly 97% of invasive Spartina (from peak levels in 2005) had been eradicated in the Bay. ISP is developing a long-term monitoring and response strategy to implement once all discernable Spartina and Spartina-hybrids have been eradicated from the Bay.