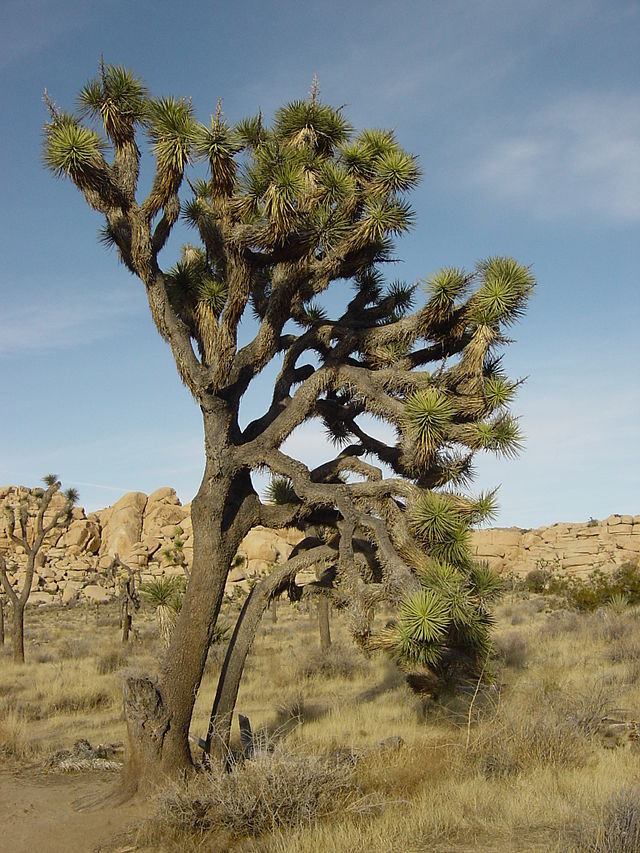 Photo attributed to Nyenyec (assumed based on copyright claims). Incorporated here under the Creative Commons Attribution 3.0 Unported license. No endorsement by licensor implied.

Joshua Tree National Park protects nearly 800,000 acres of pristine deserts. It resides at the junction of three deserts: the Colorado Desert, the Mojave Desert, and the Sonoran Desert in California. Because of its plant and animal diversity, it was set aside as a National Monument in 1936.

Joshua Tree can experience severe temperature events including extreme lows in the winter and extreme highs during the summer. Rainfall is sparse and unpredictable. In general, projected climate change impacts in Joshua Tree National Park include increased temperatures, decreased humidity, increased wind speeds, an increase in extreme warm events, and a variable response in precipitation patterns.

In 2007, the National Park Service (NPS) held a two-day conference in Joshua Tree National Park to develop climate change scenarios using Joshua Tree National Park and Kaloko-Honokōhau National Historical Park as case studies. Scenario planning is a tool that can facilitate science-based decision-making under highly uncertain conditions such as those presented by climate change. To develop scenarios for each park, the NPS utilized a process identified by Petersen et al. (2003) that was further refined by Ogilvy and Schwartz (2004) and the Climate Impacts Group (2007). The process is iterative, progressing from a focal question, to identifying uncertainties, identifying alternatives, building a scenario, and applying the scenario to policies.

The NPS assembled a diverse team of scientists, managers, and stakeholders and guided participants through a 10-week process of the major scenario planning elements. It concluded with a two-day workshop in Joshua Tree where participants built the final scenarios.

Both parks ran into similar critical uncertainties such as the local effects of climate change, budget resources, and public perception. General management strategies suggested for both parks included: relocate historical sites and archaeological resources, revise long-term interpretive plans, develop relationships with adjacent property owners, and develop a schedule to revisit management plans as information changes. Through the scenario building process, the NPS learned that it was important to:

Each scenario caused varying degrees of damage to the Joshua Tree ecosystem, particularly due to changes in the fire propensity. All three scenarios were predicted to cause a decrease in native animal species and a corresponding decrease in the namesake Joshua Tree and other native, woody vegetation.

The workshop did not allow enough time for participants to develop corresponding adaptation strategies for the National Park. Nevertheless, the workshop evidenced that scenario planning could be an extremely useful tool for the NPS to utilize when attempting to plan for the impacts of climate change. In addition, the NPS recognized that historically accepted policies may need to be rewritten depending on scenario results.

Established by Presidential Proclamation No. 2193 on August 10, 1936 (50 Stat. 1760) as Joshua Tree National Monument. Legislation states that the "lands contain historic and prehistoric structures and have situated thereon various objects of historic and scientific interest…" (50 Stat. 1760). … the legislative history reveals that another major reason for the establishment of the monument was preservation of the natural resources of the Colorado and Mojave Deserts. 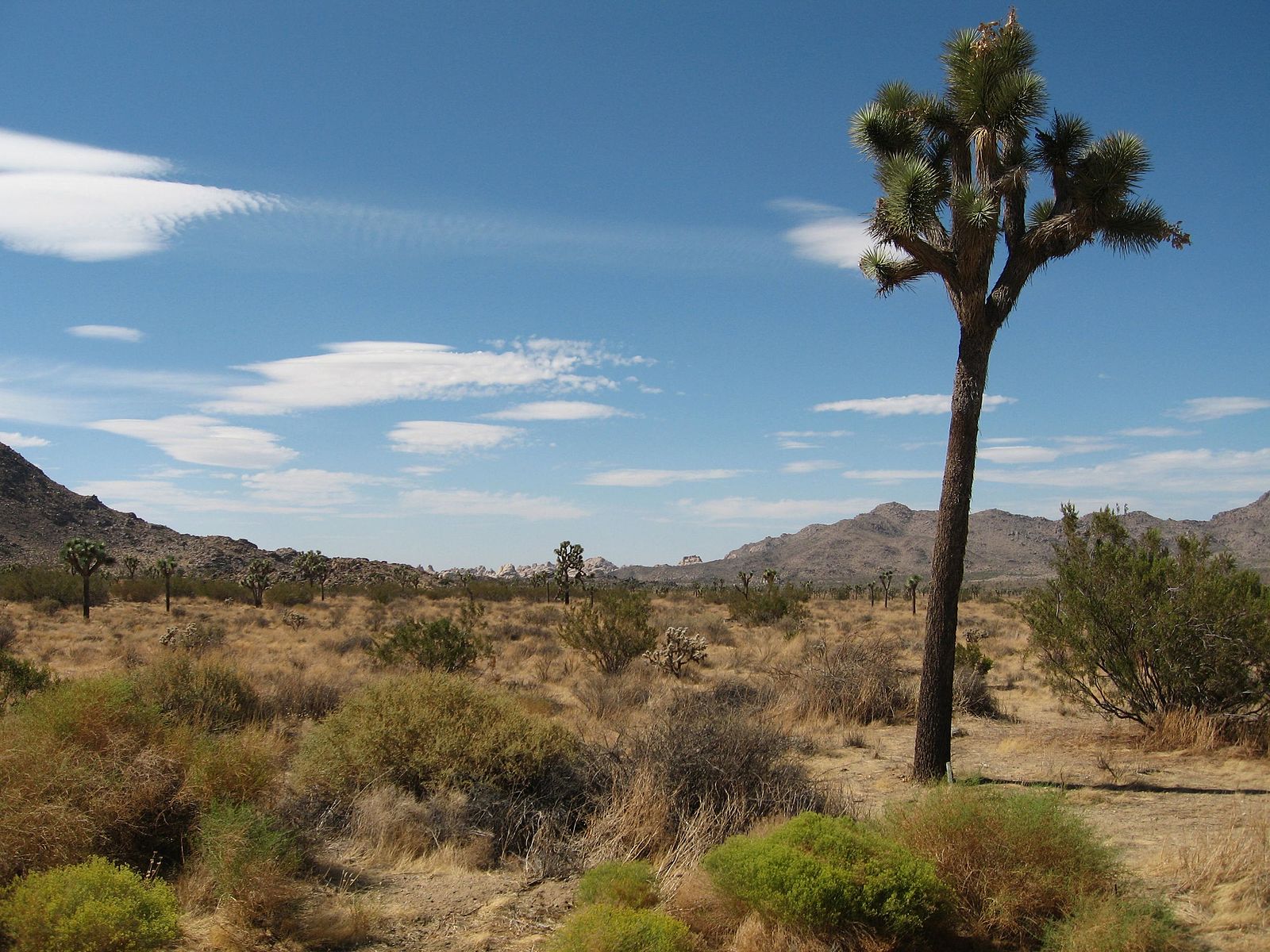 Using Scenarios to Explore Climate Change: A Handbook for Practitioners 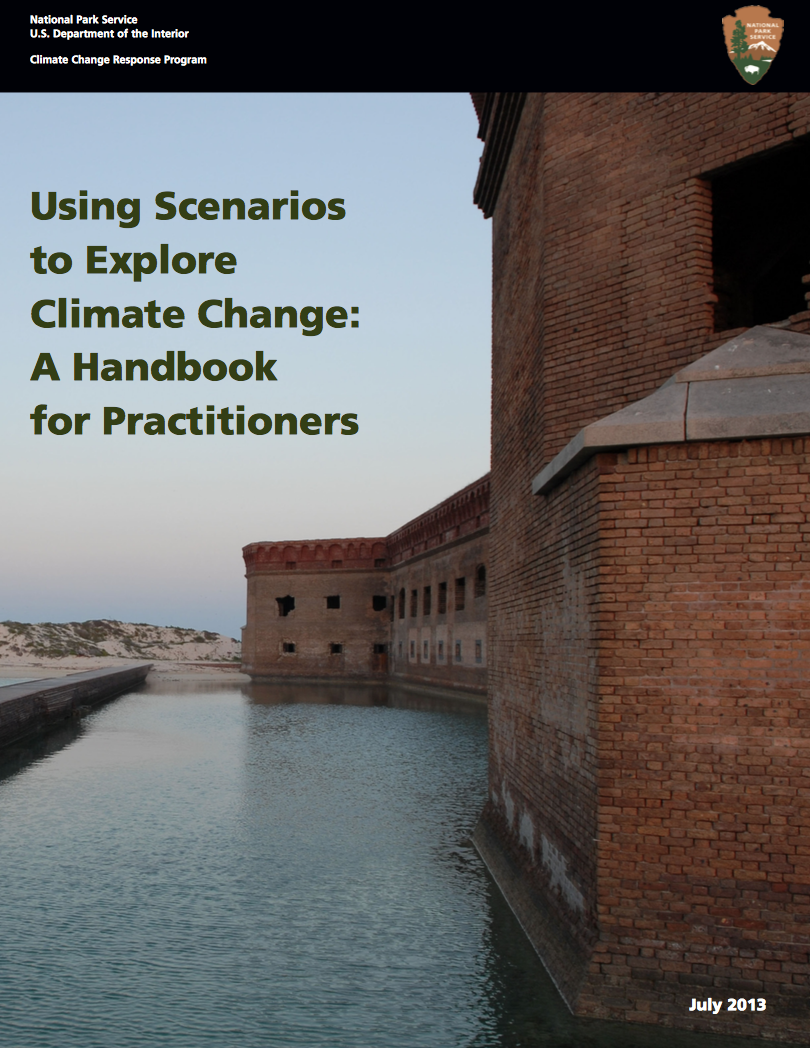