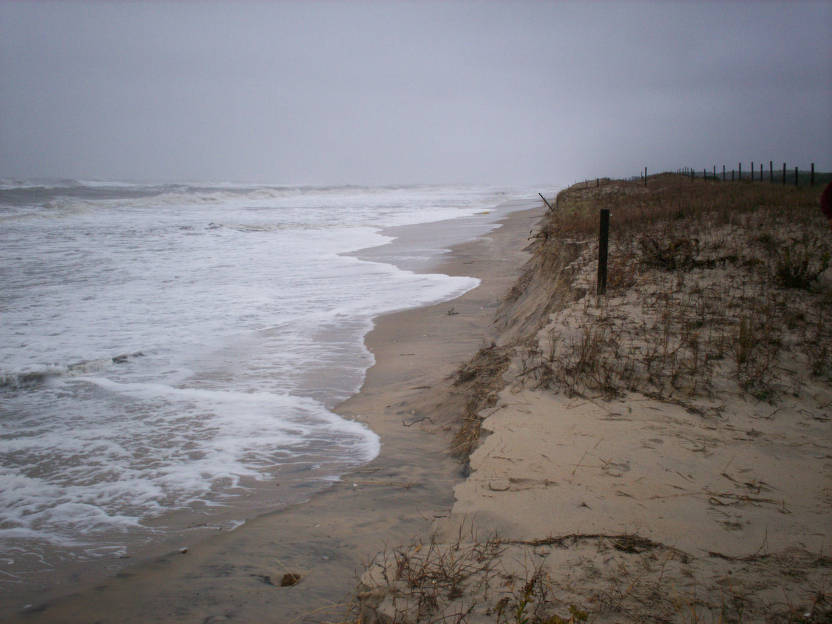 This image is in the public domain, it contains materials that originally came from the U.S. Fish & Wildlife Service. No endorsement by licensor implied.

The Sea Level Rise and Climate Science (SLRCS) Program at the Institute for Coastal Adaptation and Resilience at Old Dominion University (ODU) is working to provide science and decision-support tools to build climate resilience in coastal Virginia and along the East Coast. The SLRCS program has evolved from a more traditional scientific research institute to one that also facilitates stakeholder-driven work on community resilience building.

The SLRCS Program was created due to rising concerns about the impacts of severe storms on coastal Virginia. In particular, in 2009, the remnants of Hurricane Ida coalesced into a nor’easter that affected the Mid-Atlantic Coast, giving the storm the name Hurricane Nor-Ida. ODU’s Oceanography Department took the lead, initiating the Climate Change Sea Level Rise Initiative. Program staff began deploying sea level rise and ocean observing systems and convened multiple stakeholders, including U.S. Navy and other federal entities as well as state and city representatives, to discuss potential solutions.

Over the long-term, the SLRCS program seeks to address three fundamental challenges:

The SLRCS program has had success in its roles so far. Looking ahead, the program is focusing on increasing organizational capacity and in finding the right projects that intersect the issues of climate change, particularly in the 2050–2080 timeframe. There will be a need to consider topics beyond flooding, including forest and marsh habitats for carbon sequestration and flooding reduction as well as the intersection with social issues, such as public health, access to community facilities, and local economic impacts. Over the longer term, the program expects to address the larger issues associated with climate migration away from the coast.

The Institute has expanded its role in the field, serving as a research center, network builder, information mentoring group for faculty and staff, convener of collaborative initiatives, and supporter of adaptation initiatives in the region, such as the Hampton Roads Adaptation Forum. Challenges are primarily organizational, including building capacity (including administrative support), providing faculty support for community engagement initiatives, developing meaningful evaluation metrics, and determining the best ways to deploy climate experts in multiple natural, physical, and social science academic departments.