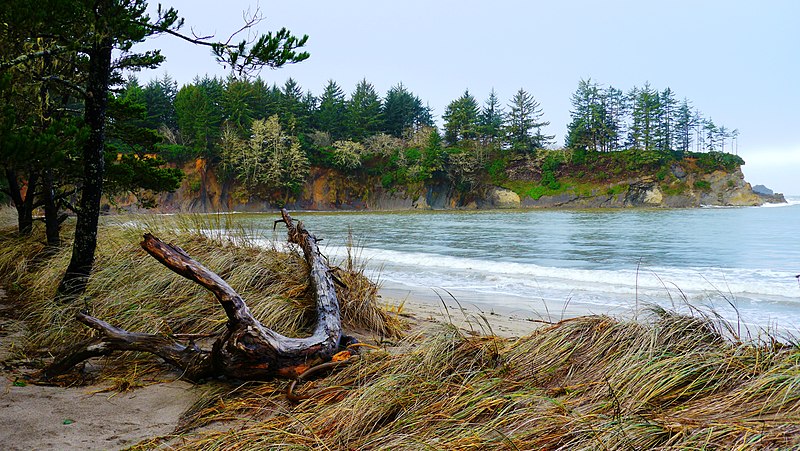 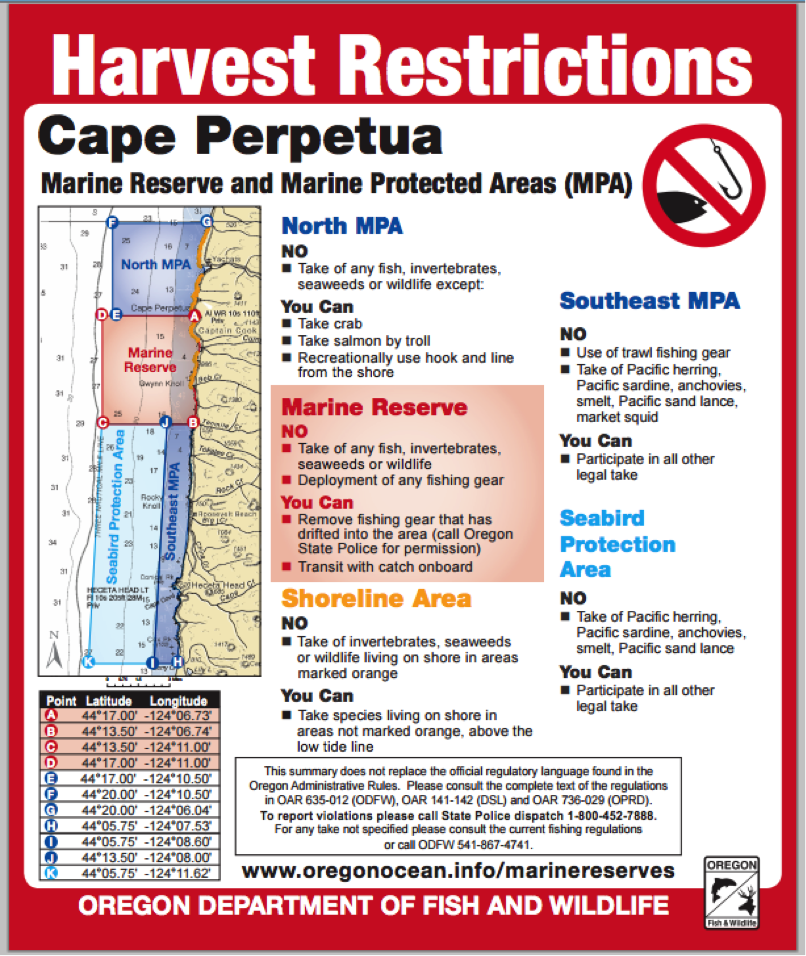 The Oregon Territorial Sea Plan (TSP) provides a framework for state and federal agencies managing the resources and activities in Oregon’s territorial sea (within 0-3 nautical miles off the coast). The TSP specifies the guidelines that any agency must follow when engaging in ocean planning or management. Recently, as an increasing number of developers consider Oregon’s coasts as potential sites for renewable energy projects, the state has expanded the TSP to include these new uses of the ocean (Oregon Coastal Management Program). Part 5 was added to the TSP in early 2013 as a guideline for making decisions regarding the development of renewable energy facilities and specifying where that development may take place within Oregon’s territorial sea. It describes what items groups must evaluate in their applications for development. In addition to analyzing the biological, ecological, physical, and socioeconomic effects of the renewable energy project, developers must also consider “the effects of existing and future human activities and the regional effects of global climate change” in their project proposals. In order to assist with more accurate CMSP, the state partnered with MarineMap to carry out an extensive mapping project identifying areas of exclusion (e.g., ecological and fishery) when implementing renewable energy projects.

The state also created a network of marine reserves and protected areas, including:

These reserves were selected to act as reference sites to document the effects of changing environmental, climatic, and socioeconomic conditions on Oregon’s coastal and marine habitats. State officials collaborated with local coastal communities to identify areas of high ecological and biological importance that would also not have negative effects on ocean users and communities. Oregon enlisted a Science and Technical Advisory Committee to create specific criteria for the reserves with respect to size, spacing, and shape. For example, reserves were required to contain at least 90% of species representative of the site’s habitats, distributed along the entire coastline and located within each biogeographical region, and maximize habitat heterogeneity in order to increase resilience.

The Oregon Coastal Management Program knits together various state statutes for managing our coastal lands and waters into a single, coordinated package. The lands and waters managed by the Program are defined as Oregon's Coastal Zone. We provide substantial financial and technical assistance to coastal local governments for planning, capacity building, and special projects. We coordinate and integrate programs of local, state, and federal agencies to support local planning and to protect and restore coastal natural resources.