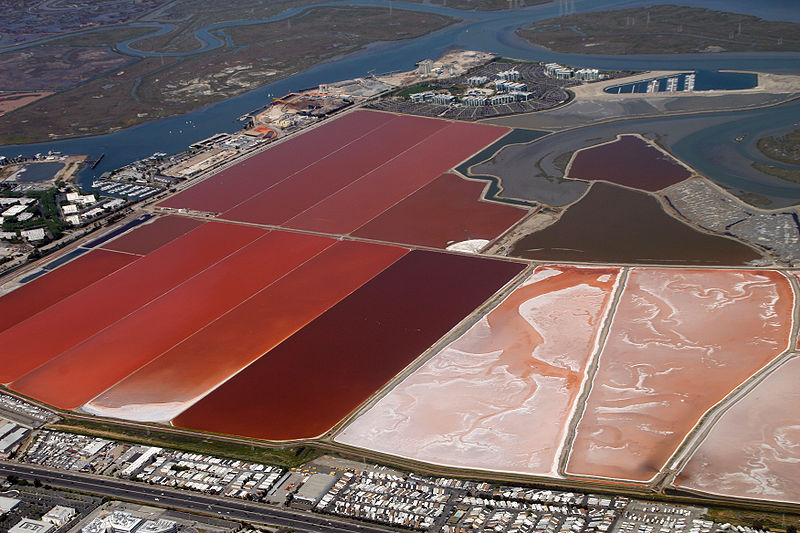 The South Bay Salt Pond (SBSP) Restoration Project is the largest tidal restoration project on the West Coast, and will transform 15,100 acres to a mosaic of tidal wetlands and managed pond habitats. In addition, the restored tidal wetland system will provide a critical natural buffer against the effects of climate change such as sea level rise, coastal flooding, and erosion.

Salt production has occurred in San Francisco Bay since the 1800s, and a large percentage of wetland loss in the south bay was due to tidal lands levied for salt ponds. In 2003, under the leadership of Senator Dianne Feinstein, Cargill, Inc. sold back approximately 16,500 acres of salt ponds (15,100 acres in South Bay and 1,400 acres in North Bay) to the State of California. Federal and state resource agencies and several private foundations provided funding for the purchase. Following the salt pond acquisition, the Center for Collaborative Policy began working with the US Fish and Wildlife Service (USFWS), the California Department of Fish and Game (CDFG), and the California Coastal Conservancy (CCC) to design a restoration plan. The final SBSP Restoration Plan was adopted in 2008 with the primary goal of restoring and enhancing the wetlands to historic tidal marsh conditions, and providing wildlife habitat, recreational opportunities, flood protection, and water quality improvement.

The six project objectives of the SBSP Restoration Plan include:

The basic approach of the SBSP Adaptive Management Plan is to implement restoration efforts in multiple phases; lessons learned from each phase of the project will be used to inform future phases and determine the final habitat configuration. The final outcome is likely to fall between the 50:50 and 90:10 scenarios, and would achieve the maximum amount of tidal restoration possible without causing adverse affects on ecosystem services and/or resources.

Phase 1 of the SBSP Restoration Project began in 2008 with the goal of working towards the 50:50 scenario. For example, 53 water systems were installed throughout several ponds with the aim of slowly adding water back into the salt pond system and lowering the salinity before reintroducing the water into the bay. In addition, a large monitoring effort has begun to look at what bird species are regularly using the salt ponds in order to determine habitat use and needs. Finally, Phase 1 actions have been very targeted to provide immediate ecosystem services as well as to address key uncertainties (e.g., mercury contamination) surrounding the SBSP project, and are intended to help inform future phases. Phase 1 projects are expected to be completed by 2012.  Detailed planning for Phase 2 will begin in 2011 (initial planning has already begun), with the final Phase 2 projects to be completed in the next 5-10 years.

Challenges that have arisen during the project include:

In addition to several of the challenges currently faced by the SBSP Restoration Project, sea level rise is predicted to impact sediment supply and accretion. Thus a main goal of restoration efforts is to act with a sense of urgency (i.e., building marshes back up as soon as possible), thereby increasing ecosystem resilience and keeping up with likely sea level rise.  All of these challenges are being addressed through directed studies by teams of researchers as part of the adaptive management strategy.