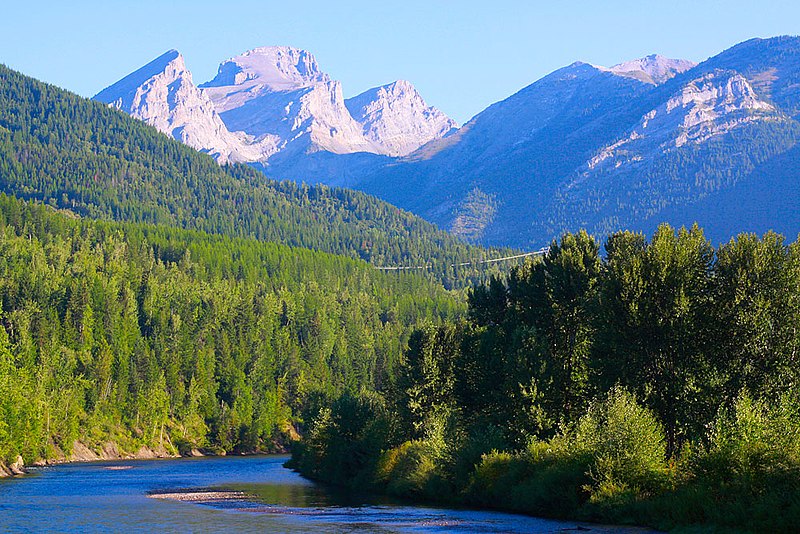 Grizzly bears, moose, mountain goats, deer, elk—all call Elkford, British Columbia home. Wild at Heart is the community slogan and the area is known as the wilderness capitol of British Columbia. As a Rocky Mountain town, the local economy is dependent on the surrounding natural resources—coal mining, logging and increasingly, tourism. How does a community that values it wilderness, wildlife, and depends on the natural resources adapt to climate change? By finding solutions that are in sync with community values.

When the District of Elkford set about revising its Official Community Plan (these provide overarching direction for land use) in 2008, integrating social and economic development elements were getting more and more attention in British Columbia, and the idea made sense in Elkford. It didn’t mean rejecting mining and logging, but it did mean thinking about the bigger picture of what the community wanted for its future.

Around the same time, the Columbia Basin Trust (CBT, a regional community development organization) was initiating the Communities Adapting to Climate Change (CACC) initiative, which offered funding for communities to participate in a one-year learning, engagement and planning process on what climate change might mean for them and what they could do about it. Elkford’s Chief Administrative Officer, Corien Speaker, was interested.

“Because we had the view that land use planning management was really about making sure that you planned for the development of the community for the best long-term viability of the community….including the climate change element into that planning process, in my mind, made a lot of sense,” shares Speaker. The District applied to the program and became one of Columbia Basin Trust’s two pilot communities.

The first step was to organize a project team managed by consultants to identify impacts and possible adaptation strategies. The team was diverse and supported by scientists, planners, community-based experts, and government representatives coordinated by Columbia Basin Trust and the Pacific Climate Impacts Consortium, a regional university-based climate service center.

The project team presented information to the Council and District staff on possible climate change impacts and adaptation strategies for the community. Together the group identified six areas on which to focus: wildfire, flooding/landslides, snow, water availability, ecosystem change, and disease/pests.

Priorities in hand, the project team tried several approaches to engage the community. They held a formal community meeting with 15 stations focused on a variety of topics, letting attendees gravitate towards topics in which they were most interested. These included flooding, wildfire, water supply, and even a station where people could talk about whether climate change is even real. Members of a Community Advisory Committee hosted less formal “coffee table” sessions where friends and neighbors could meet with consultants, discuss adaptation and the community plan, and share their ideas and opinions. The consultants put up booths in public places such as the mall and post office to engage an even broader audience. “Doing the coffee table discussions in individual homes was a great way of doing outreach,” Speaker says.

Having these different approaches to outreach allowed community members to participate in the discussion in the setting they preferred, and the consultants were able to get input from many people with many viewpoints. Residents provided specific examples of climate-related changes they observed over the last 30 years and what they were worried about for the future. For example:

Based on this input, the project team narrowed their focus to three planning areas that seemed to be of greatest concern to community members—wildfire, flooding/stormwater management, and water supply—and formally assessed how climate change might affect them and Elkford’s capacity for effective response. This led to a list of options for either reducing climate-related risks to the community or increasing the District’s capacity for successful response. A final Climate Change Adaptation Strategy report was released in 2010 and the District incorporated the final recommendations directly into the Official Community Plan. Speaker said, “…we wanted to make sure that how we did this could be incorporated into what we do on a regular, daily basis.”

1. Be a Resilient FireSmart Community

2. Prepare for and mitigate flood risk

1. Use existing processes. The primary focus was on the community plan, with climate change adaptation and mitigation included as one part of the process, as well as incorporating smart planning. This makes adaptation implementation real and accessible.

2. Present the issue in a non-polarizing manner. Project leaders avoided discussion of the causes of climate change, instead focusing on creation of a solid plan for the future, regardless of the causes of the changes people were seeing. This risk-based approach treats climate change as just another hazard that needs to be assessed, making it easier to understand and evaluate.

3. Start by asking people about changes they’ve seen. Consultants began by asking Elkford residents “What changes are you seeing?” This put the emphasis on community members, rather than on outside consultants.

Elkford is a picturesque Rocky Mountain town founded in 1971 as a home for miners working at newly-established Fording Coal operations. From its early days as a collection of temporary homes, a one-room school, and a single general store, Elkford has grown to its current population of nearly 3,000 residents. 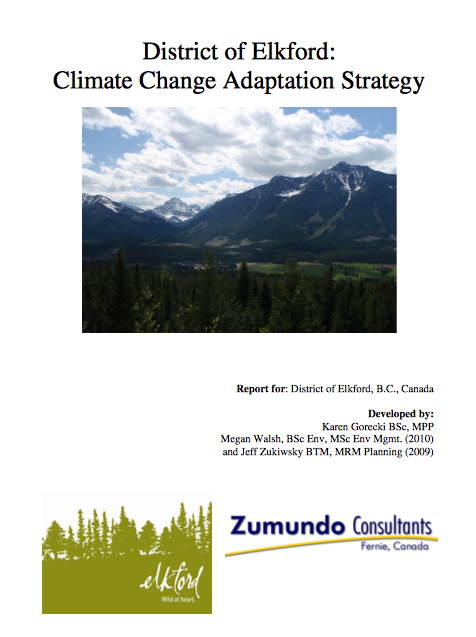 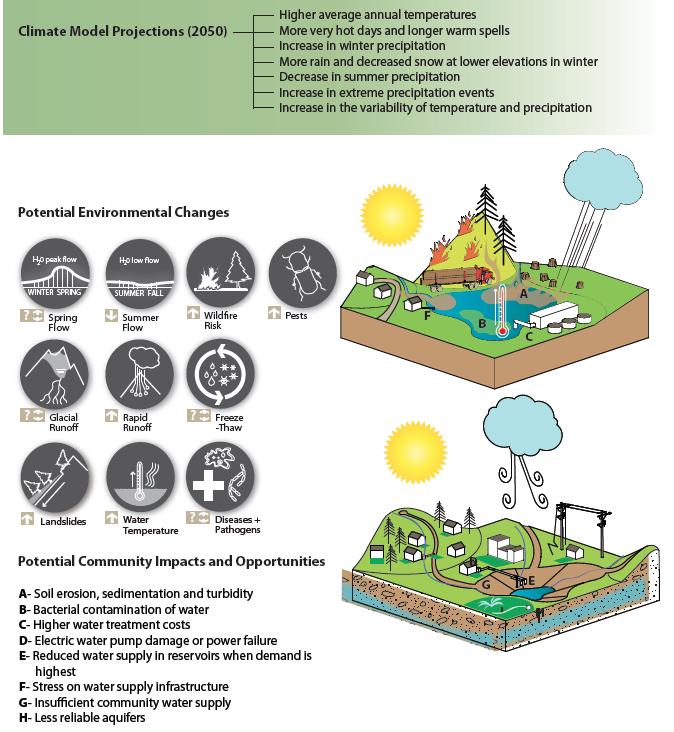