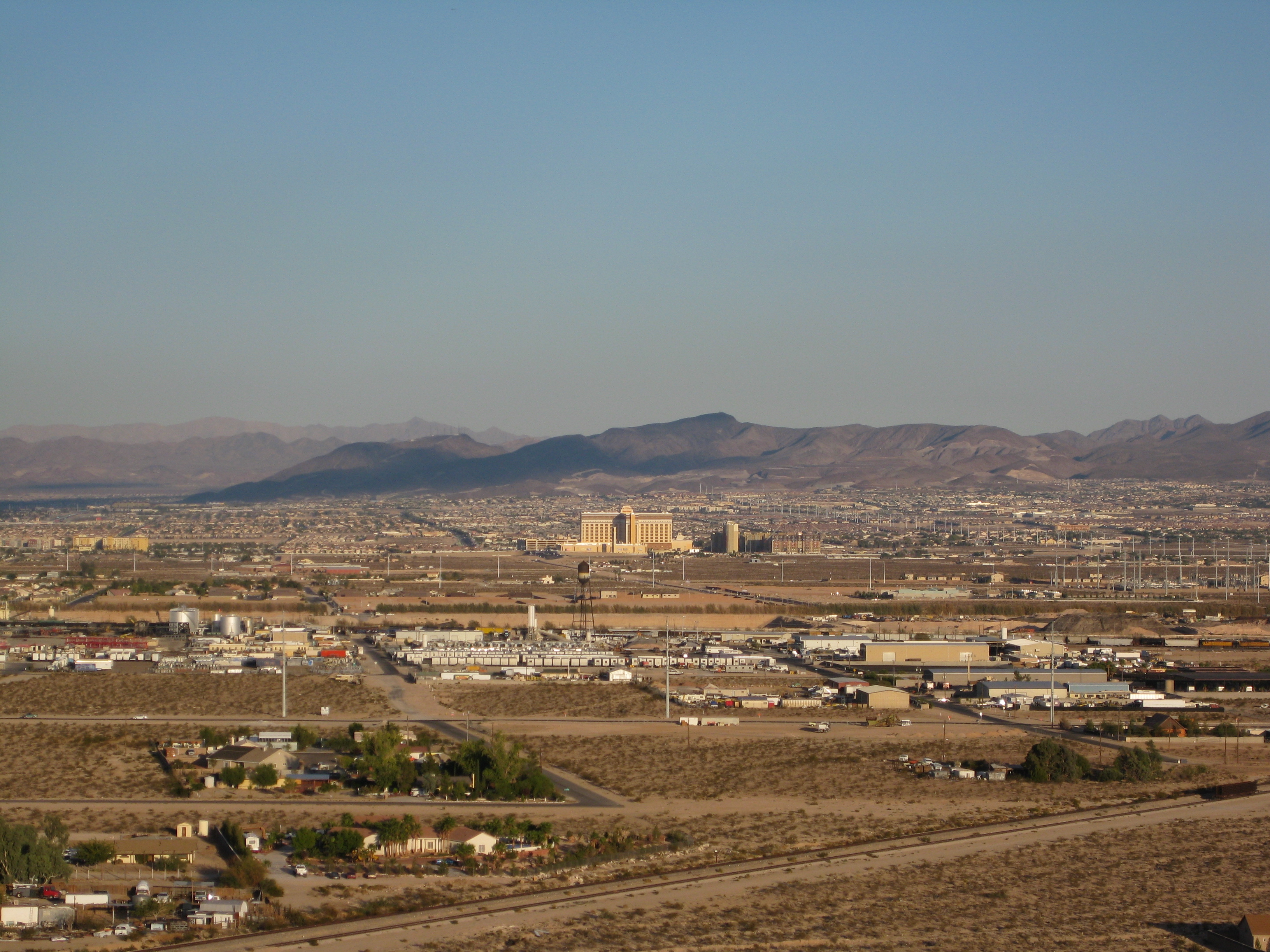 Nevada’s temperatures have increased about 2˚F over the last century. Temperatures are projected to continue to increase, causing more extreme heat waves, droughts, wildfires, and poor air quality. In addition, warming temperature will cause more frequent days at or above 105°F, and the cooling effects of nighttime temperatures may be negated with increasing overnight low temperatures.

Former Governor Jim Gibbons created a Climate Change Advisory Committee in 2007 charged with developing recommendations for addressing climate change. The 2008 Nevada Climate Change Advisory Committee Final Report explicitly addresses how climate change will affect public health via extreme heat, increased ozone pollution and dust and particulate matter concentrations, and increased infectious diseases. These impacts include asthma, allergies, food and water scarcity, decreased pulmonary function in adults, and susceptibility to water-, food-, and vector-borne diseases. The report advises the creation of a statewide climate action plan to control greenhouse gas emissions and facilitate environmentally-friendly transportation and living, but does not provide direct strategies to alleviate the effects of climate change on public health. In addition, there is no clear evidence that any of the strategies listed in the report are being implemented.

While the Nevada Department of Health and Human Services does not have a formal climate action or adaptation plan, there are steps the department and other state and local agencies are taking to address climate change impacts on public health and safety.

The mission of the Division of Environmental Protection is to protect the environment in order to sustain ecosystems, the economy, and public health through programs focused on land, water, and air. The department monitors air and water quality and prepares greenhouse gas emissions inventories for the state every four years. The most recent inventory report, released in 2016, detailed 2013 levels and projected future emissions through 2030. Emissions in Nevada peaked in 2005 but have since declined due in part to the closure of the large coal-fired Mohave Power Station. In 2016, more than 85% of the energy consumed by Nevada came from outside of the state. Nevada voters approved an initiative in 2018 to acquire 50% of its energy from renewable sources by 2030, which will expand Nevada’s energy independence and reduce greenhouse gas emissions.

The 2018 Nevada Enhanced Hazard Mitigation Plan defines the state’s goals, priorities, and strategies with respect to efforts to limit or eliminate risks associated with natural and human-caused disasters. Critical hazards in the state include drought, extreme heat, floods, storms, wildfire, epidemics, avalanches, and earthquakes. High-risk hazards include fires, floods, and earthquakes, medium-risk include extreme heat, drought, and storm events, and low-risk hazards include avalanches and epidemics. The plan indicates that climate change is likely to exacerbate the duration and severity of floods, droughts, and extreme heat events. Increased winter precipitation occurring as rain instead of snow will increase the risk of winter floods. Declining snowpack will lead to reduced summer water supply and drought conditions in ecosystems, farmlands, and rangelands. Warming air temperatures will likely cause more frequent days at or above 105°F, and the cooling effects of nighttime temperatures will be negated with increasing overnight low temperatures. Wildfires are also projected to become larger and more frequent and destructive in a changing climate. The plan includes strategic goals and actions to reduce negative effects on communities, ecosystems, and infrastructure. For example, to reduce injuries and the loss of life, the plan identifies increasing public awareness of hazards and preparedness, response, and recovery measures as a critical strategy. In the case of wildfire, this includes educating homeowners about increasing defensible space within the Wildland-Urban Interface to decrease vulnerability to fire.

The Southern Nevada Water Authority (SNWA) manages water needs in the Clark County region through a collaboration of water and wastewater agencies. SNWA conducted a vulnerability assessment of its service area using the U.S. Environmental Protection Agency’s Creating Resilient Water Utilities program framework. The assessment evaluated risks associated with extreme heat, drought, and harmful algal blooms. One of the biggest resilience measures undertaken by SNWA is water conservation. Between 2002-2017, this program reduced consumptive use of the Colorado River water supply by 28 billion gallons, increased water banking and recharge efforts, and began construction on pumping stations to provide a reliable water supply under low-flow conditions. SNWA is also a founding member of the U.S. Water Utility Climate Alliance, a partnership between 12 water agencies to address climate change.

While the statewide advisory committee recommended the formal development of climate mitigation and adaptation plans, limited progress has been made since 2008. However, in March 2019, Nevada became the 23rd state to join the U.S. Climate Alliance, signaling a renewed effort towards taking specific actions towards addressing climate change. The U.S. Climate Alliance is a collaboration between states seeking to take on-the-ground action towards climate adaptation and mitigation, particularly by meeting the goals of the Paris Agreement to reduce greenhouse gas emissions by 26­­-28% below 2005 levels by 2025. 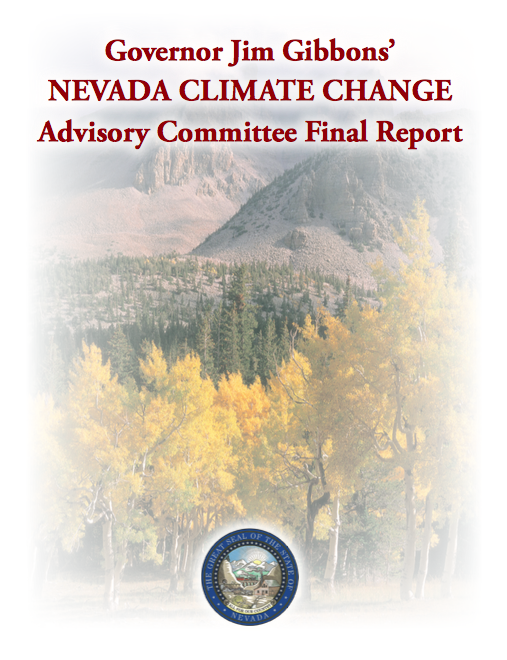 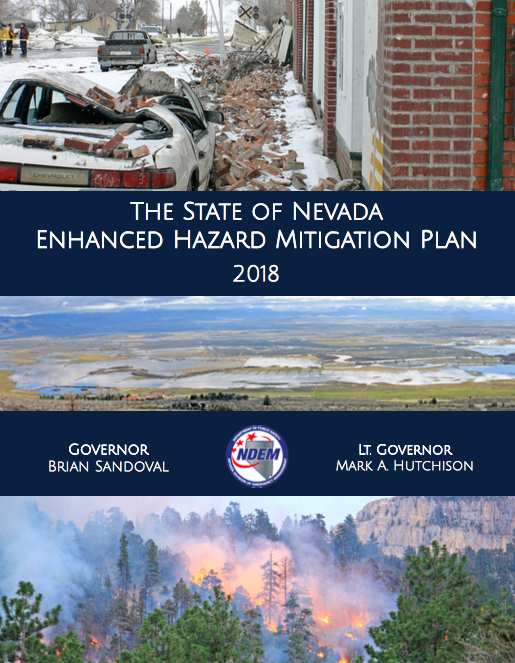