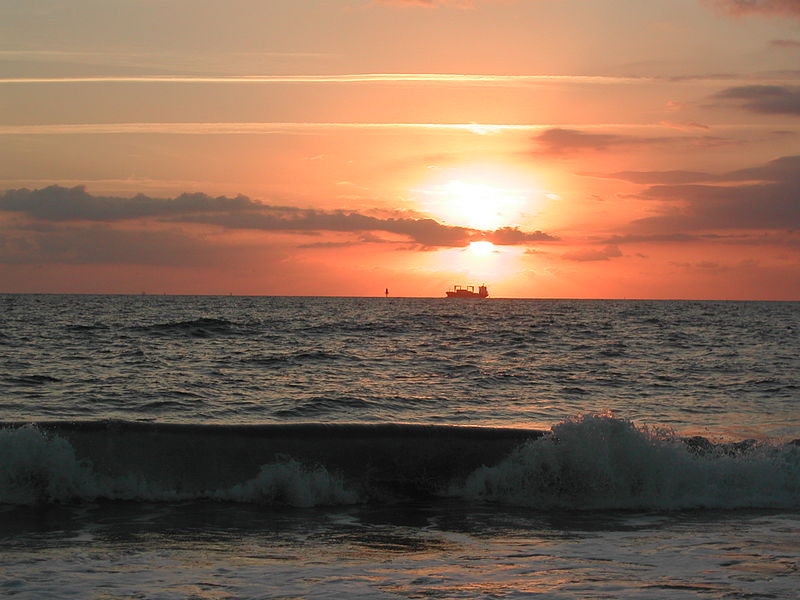 This image has been released into the public domain by its author Michael Sennello.

Tybee Island, a small city and barrier island, is located off the coast of Georgia. Between 2016 and 2020, the community has been forced to evacuate three times due to high tide flooding events. Flooding as a result of extreme weather events and sea level rise is a major concern for Tybee Island’s economy, infrastructure, communities, and natural environment. In an attempt to address pressing concerns around climate change, Georgia Sea Grant (GASG) made funding available to support local governments on sea level rise planning, including the City of Tybee Island. The Tybee Island Sea Level Rise Adaptation Plan was released in April 2016, making it one of the first communities in Georgia to formally plan for sea level rise. All of the adaptation strategies in the plan have been implemented and monitoring and evaluation is underway.

Tybee Island is located off the southeastern coast the United States, about 20 miles from the City of Savannah and within Chatham County, Georgia. The island community is home to 3,000 permanent residents, but the population increases to above 6,000 during the summer months due to seasonal residents and tourists. Busy summer weekends can result in over 30,000 people on the island. This influx of tourists benefits the local economy and contributes to Georgia’s overall coastal economy. This barrier island has historically flooded due to extreme weather and tidal events, and is vulnerable to continued flooding from sea level rise and increased storms. Tide gage data collected by the National Oceanographic and Atmospheric Administration (NOAA) from Fort Pulaski (located less than five miles from the city) show that sea levels have risen about 10 inches in the area since 1935. Between 2016 and 2020, the City of Tybee Island evacuated three times due to tidal flooding events. Climate change impacts such as sea level rise, increased coastal flooding, and extreme weather events pose a major threat to Tybee Island’s economy, residents’ livelihoods, and natural ecosystems. The most visible impacts to date from extreme flooding on Tybee Island include frequent closures of U.S. Highway 80 (the sole access road to the city), backup of stormwater drainage systems, and coastal erosion.

The plan’s development process had two goals: (1) to assess the risk of sea level rise on the Island; and (2) to educate the community and local decisionmakers about potential consequences and determine community priorities. The plan focuses on a 50-year timeframe and was developed by a community-driven engagement approach. Town hall meetings were held by project members to engage the community. The first presented sea level rise and adaptation science through visualization and facilitation tools to public officials and residents. The second town hall identified local vulnerabilities to sea level rise and adaptation planning scenarios were discussed. Four key focus areas were identified as high-value priorities to the Tybee Island community: (1) municipal infrastructure; (2) access to the island and connectivity; (3) coastal dynamics (i.e. coastal erosion); and (4) management and stewardship of the island. As a result of these meetings, project staff used high (31 inches) and intermediate (14 inches) sea level rise scenarios through the year 2060 for further analysis. Datasets and resources used to develop the plan included NOAA regional sea level rise projections, Vulnerability, Consequences, and Adaptation Planning Scenarios (VCAPS), and local knowledge on how flooding impacts the community. The NOAA Sea Level Rise Viewer was also used to identify areas of the island that are or will be most vulnerable to sea level rise (e.g., U.S. Route 80 and the beachfront).

Adaptation options for the plan were determined by an interdisciplinary team, including marine scientists, ecologists, environmental planners, and communications professionals, as well as examples from other communities that are adapting to coastal climate change. The project team presented adaptation options and examples of strategies to the community, including: (1) elevation of municipal well pumps; (2) elevation of Route 80; (3) stormwater retrofits; (4) seawall construction; and (5) enhanced beach nourishment. The community played a role in recommending and selecting adaptation options. Following this, cost-benefit analyses, capital damage assessments, and economic loss assessments were conducted and meetings with local groups and community members (e.g., the Community Resources Committee and the Beach Task Force Committee) were held to determine the technical approaches and needs for the adaptation actions. For example, the plan emphasizes a need for cooperation between the City of Tybee Island, the Coastal Regional Metropolitan Planning Organization, the Georgia Department of Transportation, and other regional agencies in order to elevate Route 80 to maintain access to the island. It is also expected that $15–39 million dollars of damage could occur if stormwater retrofits to prevent tidal backflow are not implemented.

The City of Tybee Island is highly vulnerable to sea level rise and flooding is at the forefront of many residents’ minds. The community wanted to lower their Community Rating System score under the National Flood Insurance Program. As a result of the sea level rise planning process with GASG, the Tybee Island score went from class 7 to class 5, resulting in a 25% discount in flood insurance for each resident in the island’s Special Flood Hazard Zone and yielding approximately $3 million dollars in flood insurance savings.

The planning process for the Tybee Island Sea Level Rise Adaptation Plan took four years to complete. Since its unanimous approval by the Tybee Island City Council, every adaptation action from the plan has been implemented. The city successfully applied for funding from the state, Federal Emergency Management Agency, and the National Fish and Wildlife Foundation (NFWF). Several monitoring and evaluation projects are ongoing to evaluate the success of living shorelines, understand how dunes are responding to restoration, and evaluate how well pump houses are operating and make necessary adjustments.

During the planning process, there was some push back from local hotel owners that did not want dunes restored in front of their beachfront properties. However, when storm surge from Hurricanes Matthew and Irma traveled through the beach access roads and flooded the area, attitudes changed.

Through this work, GASG learned that outreach needs to go beyond presenting information at town hall meetings. Practitioners that lead communities through adaptation planning need to tap into community culture, target outreach on a case-by-case basis, and let the community take the lead wherever possible. Looking ahead, GASG will continue to work with Tybee Island. GASG recently received a NFWF grant for $300,000 to evaluate vulnerability and adaptation options for the western side of Tybee Island. This effort will focus on how wetland habitats may change over the next 30 years and examine needed adaptation options on private properties (e.g., green infrastructure development, strategic buyouts for flood mitigation). The Tybee Island Sea Level Rise Adaptation Plan was a recipient of NOAA Sea Grant’s 2014 National Superior Outreach Programming Award and has served as a model for coastal communities around the United States. 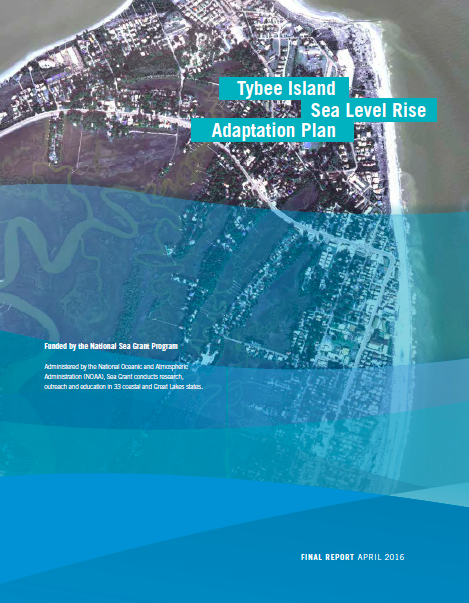 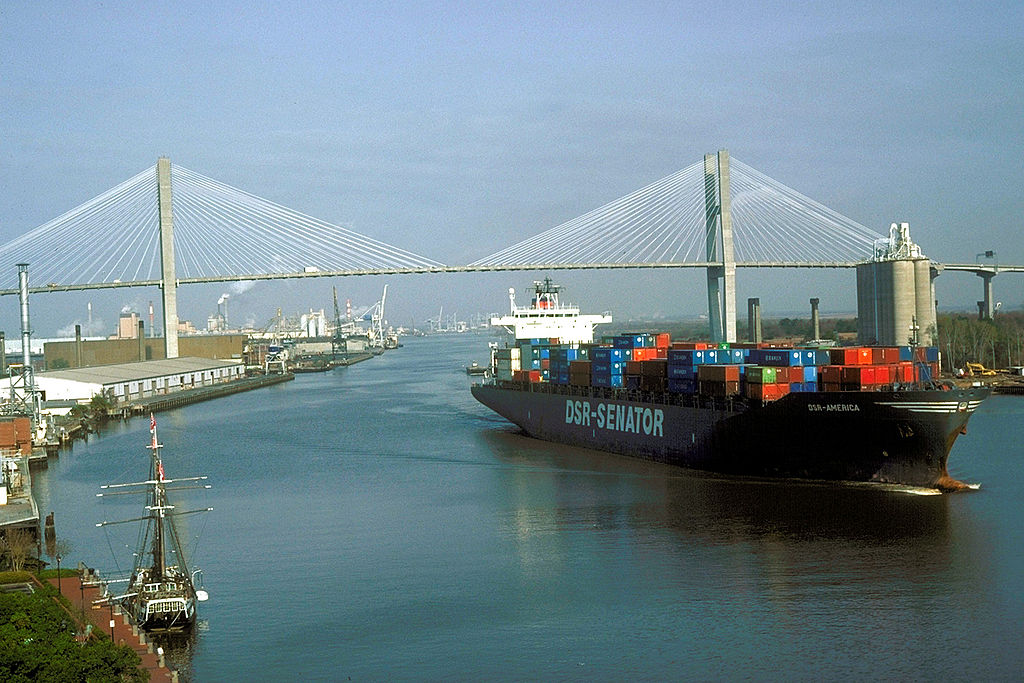