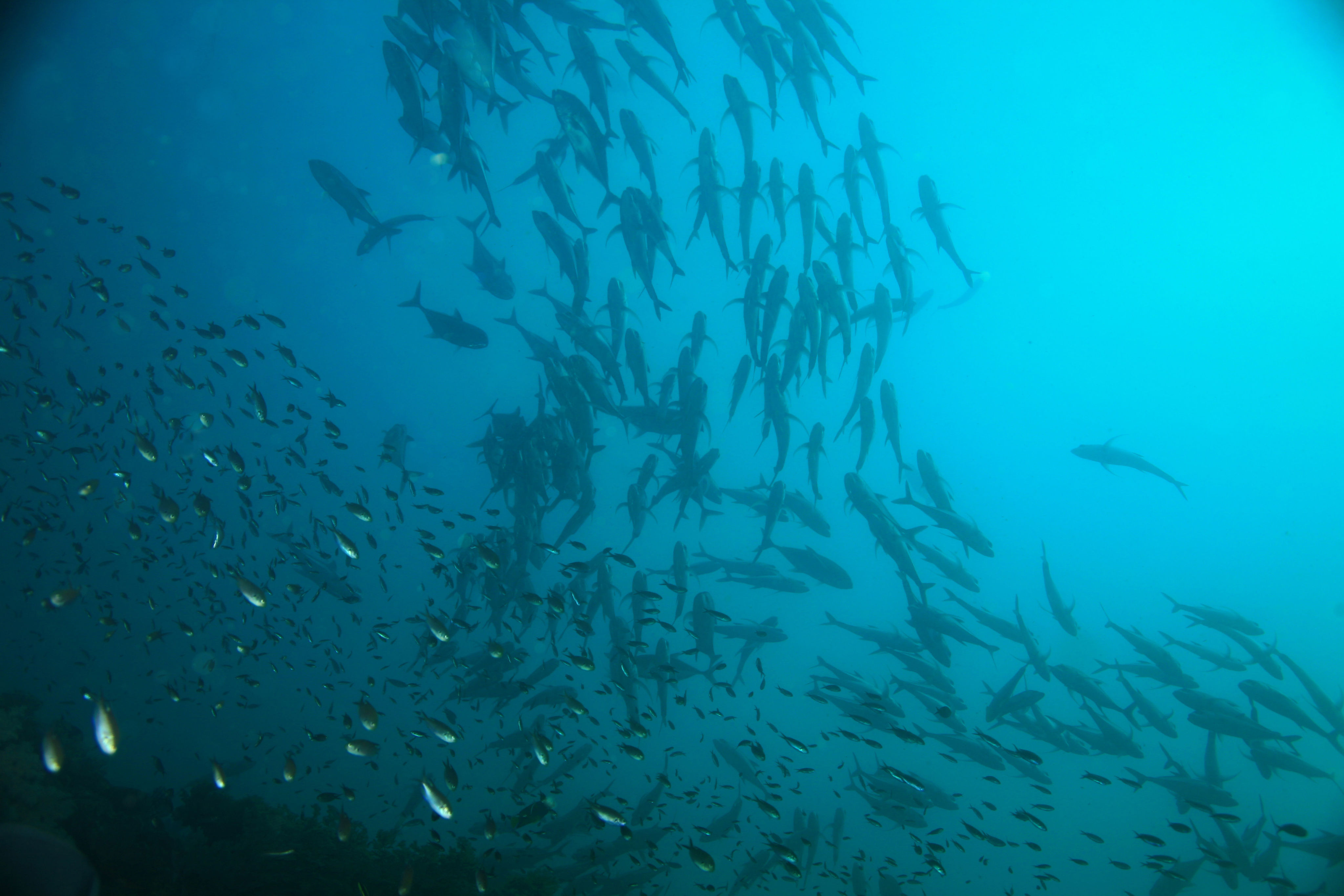 The Pacific Fishery Management Council has fishery management plans (FMPs) for groundfish (e.g., rockfish, flatfish, roundfish, sharks and skates); salmon (e.g., Chinook and coho); highly migratory species (e.g., tunas, sharks, swordfish, mahi mahi); and coastal pelagic species (e.g., anchovy, market squid, Pacific sardine, Pacific and jack mackerel, krill). Climate change is considered as an ancillary element to these FMPs; although it is not clearly distinguished as a specific threat to fish stocks, the Council's efforts reduce fishing as a stressor on the marine ecosystem. The Council engaged in a seven-year-long process to develop an ecosystem-based approach to managing fish stocks in the offshore waters of Washington, Oregon, and California. Ecosystem-based management as defined by the Council “recognizes the physical, biological, economic, and social interactions among the affected components of the ecosystem and attempts to manage fisheries to achieve a stipulated spectrum of societal goals, some of which may be in competition.” An ecosystem Fishery Management Plan, therefore, considers species interactions (i.e. predator-prey food web dynamics), habitat, fishing effects on stocks and habitat quality, elements of uncertainty and utilizing precaution where possible, and the effects of other stressors, including climate change, on fish biology and ecology. The development of this plan allowed the Council to consider various natural and anthropogenic elements that may affect conservation and fishery productivity.

The Council first voted to create Fishery Ecosystem Plan (FEP) in November 2006. Development was delayed until funding could be obtained; by 2009, the Council had financial support from NOAA to create a plan that would supplement the existing FMPs, “[help] with coast-wide research planning and policy guidance, and [create] a framework for status reports on the health of West Coast ecosystems” (PFMC EBM Overview). The Council created two groups: the Ecosystem Plan Development Team (EPDT; now the Ecosystem Workgroup) and the Ecosystem Advisory Subpanel (EAS). The EPDT was composed of 13 members, including policy analysts and scientists from state, federal, and tribal governments. The EAS was composed of 11 members, representing industry, policy, and conservation interests from the states and tribes. The EPDT and EAS were charged with developing goals and objectives for the EFMP. Their specific tasks were to collate state-of-the-science information on ecosystem-based management, review existing FMPs for examples of ecosystem-based management, find tools that could be used in the development of the FEP, and review other ecosystem-based management efforts from the other Fishery Management Councils. In April 2013, Council members formally adopted the current FEP. In 2017, the Council released Appendix A to the FEP, which includes initiatives to better understand the impacts of climate change on fish populations and the ecosystems on which they rely, and strategies to increase the resilience of managed stocks.

Climate drivers listed as priority issues for the Council include the effects of interannual and decadal variability (e.g., El Niño Southern Oscillation [ENSO], Pacific Decadal Oscillation [PDO]), temperature, pH, dissolved oxygen, and upwelling. Although the FEP is not prescriptive in nature, it is used as a strategic planning document to introduce elements of ecosystem-based management to the Council’s program and plans. The FEP was designed to be iterative to adjust as better scientific information becomes available. Annually, the Council reviews the plan, reviews the initiatives listed in Appendix A, discusses emerging issues, and assesses priorities; every five years, the FEP is scheduled for a comprehensive review. In March 2018, the Council began the next review and update process for the FEP. As part of its Climate and Communities Initiative, the Council has created two ad-hoc committees dedicated to climate-related work—the Climate and Communities Core Team (CCCT) and the Climate Scenarios Investigation Workgroup. In January 2020, the Council and The Nature Conservancy held a two-day workshop to develop scenarios for use in  strategic planning. Four scenarios were developed about potential futures for the California Current System by 2040 examining climate and ocean variability (highly variable conditions with frequent extreme events vs. gradual changes with few extreme events) and species abundance and availability (decreases vs. increases). Each scenario—Fortune and Favor, Box of Chocolates, Blue Revolution, and Hollowed Out—explored potential impacts of climate change alongside other uncertainties such as the availability of funding and technologies and social and political attitudes. Results were presented to the Council in March 2021 for consideration in management plans and programs.