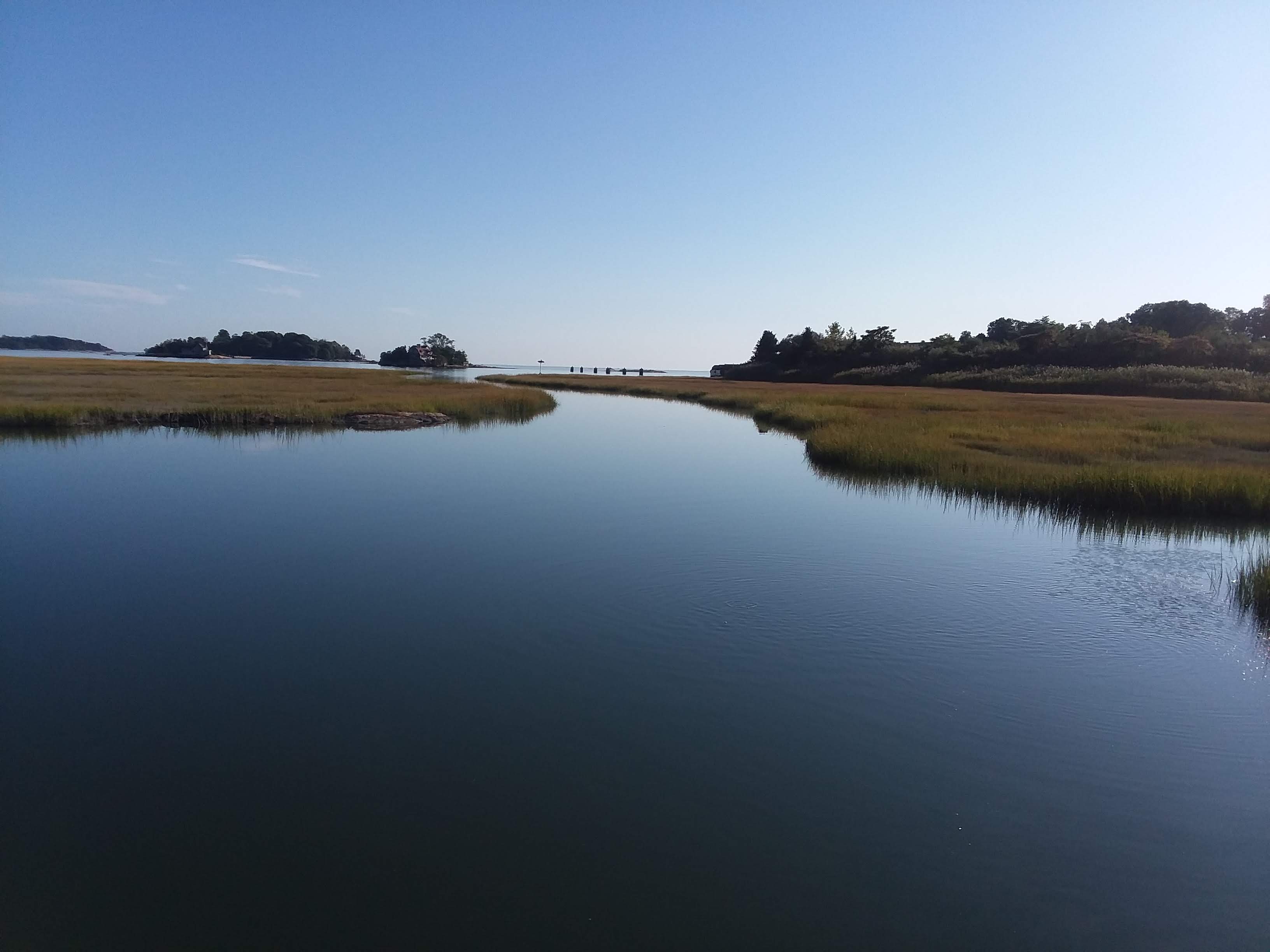 The Town of Branford, Connecticut created the Coastal Resiliency Fund in 2019. Branford believes that future exposure to and costs associated with climate change represent long-term liability that needs to be addressed through targeted funding and investment. The town will make annual appropriations to the fund and invest the assets using a long-term strategy. This approach seeks to match assets to liabilities while providing a funding source to supplement more conventional methods, such as bonding and grants. Through the passing of the State of Connecticut’s Public Act No. 19-77: An Act Authorizing Municipal Climate Change and Coastal Resiliency Reserve Funds, Branford received approval to fully implement this initiative.

Branford, Connecticut is coastal community with a population of approximately 28,005 people (2018 estimate) and a median household income of $75,366 (as of 2017). With over 20 miles of coastline, residents face major pressures from sea level rise and extreme storms with impacts including increased intensity and severity of coastal flooding, erosion, and storm surge. In 2016, the Town of Branford released a Coastal Resilience Plan, prepared by Milone & MacBroom, Inc. with assistance from Dewberry, which detailed climate adaptation options, including infrastructure updates and nature-based adaptive measures. Additionally, an updated Branford Plan of Conservation & Development (BPOCD) was adopted on February 1, 2019, which called for the implementation of resilience measures. The BPOCD expressed the challenges of addressing climate change as “the scope of the issues associated with sea level rise is so extensive and expensive that it will be difficult, if not impossible, for the Town of Branford or any other governmental organization to address them all.” This dire assessment was made based off of existing funding avenues at the time. Rather than accept defeat, Branford’s finance leadership recognized the statement as a call to action to expand upon the tools and methods available for financing the town’s adaptation and resilience projects over the long-term.

The Town of Branford has a history of funding liabilities such as pensions, other post-employment benefits for town employees, and various self-insurance funds. This provided Branford Finance Director James Finch, First Selectman Jamie Cosgrove, and other officials with the confidence and experience to establish the fund and use a long-term investment strategy to utilize the power of compound interest.

In early 2019, the Branford Board of Finance and Representative Town Meeting approved the creation of the Coastal Resiliency Fund, beginning with $1 million from their undesignated fund balance. At the same time, existing state law did not allow municipalities to create funds with the investment flexibility to adequately match the long-term liabilities associated with climate change. In an effort to seek a legislative remedy, First Selectman Jamie Cosgrove worked with State Senator Christine Cohen to draft and propose Senate Bill 1062: An Act Authorizing Municipal Climate Change and Coastal Resiliency Reserve Funds. Prior to this, municipalities seeking to fund coastal resiliency projects had the following options: state and federal grants, municipal bonds, annual general fund appropriations (pay as you go), or establish and fund a recurring capital reserve fund (aka a sinking fund using low-return deposits and investments). The proposed legislation created a fifth option by granting municipalities the authority to establish a fund and invest in equities for superior long-term growth. The Bill was approved unanimously by the state Senate and was signed into law by Governor Ned Lamont on July 1, 2019.

The legislation permits a 50% equity allocation. Historically, a portfolio consisting of 50% in equities and 50% in bonds resulted in an annual return of 8.4% (based on results of a 1926–2017 Vanguard Group Study). While past history does not guarantee future returns, it is worth noting that an 8.4% return could grow the $1 million invested in the Coastal Resiliency Fund to $11.2 million over a thirty-year period. Additionally, Branford’s FY 2020 budget appropriates an additional $300,000 to the fund and anticipates a similar allocation in future years, which would cause the fund to grow at an even faster rate.

Branford has adopted a culture of planning for long-term liabilities so while this approach may appear to be unconventional it seemed quite natural for Branford to take this path. The Town of Branford believes that climate change represents a long-term liability, and the prudent approach, therefore, is to begin the process of funding and investing today to address this liability. Branford anticipates that exposure (liabilities) associated with climate change will grow in the future and, therefore, finds it appropriate to match these liabilities with an investment strategy designed to utilize compound interest and outpace inflation over long-term periods. In order to lawfully establish their own Coastal Resiliency Fund, the Town of Branford also provided a pathway for other Connecticut municipalities to do the same through its advocacy for the creation of CT Public Act 19-77.

The Town of Branford does not plan to pull from the fund in the near future so that it will continue to grow, benefit from compound interest and, in turn, provide greater support over the long term. When Branford begins to use the fund, the town does not plan to withdraw more than 15% from the fund annually. While future appropriations into the fund are discretionary, the town aspires to contribute $300,000 into the fund annually. The town anticipatesusing the Coastal Resiliency Fund as a local match in order to best leverage grant dollars for property acquisitions in neighborhoods pursuant to the 2016 Coastal Resiliency Plan. 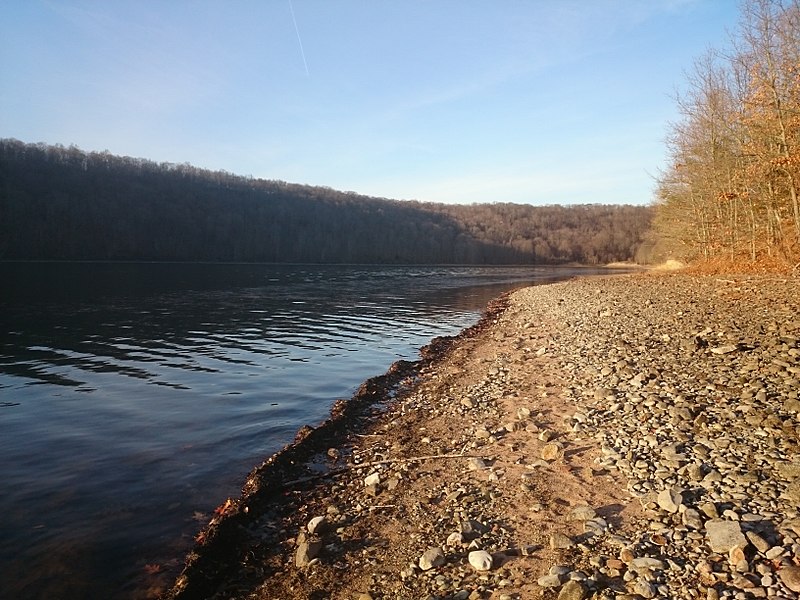 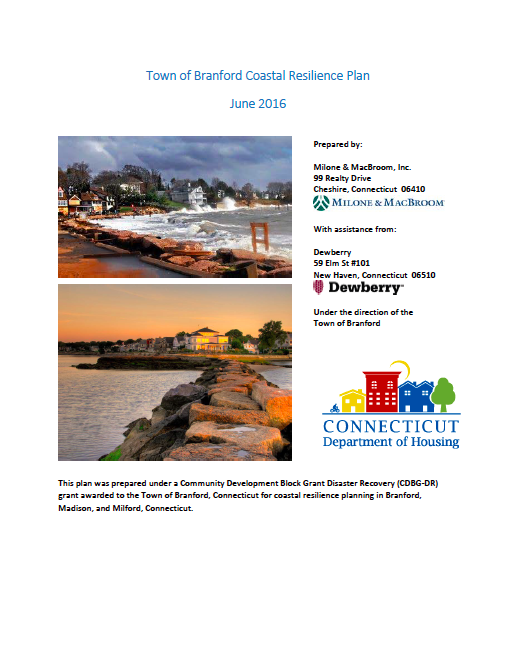