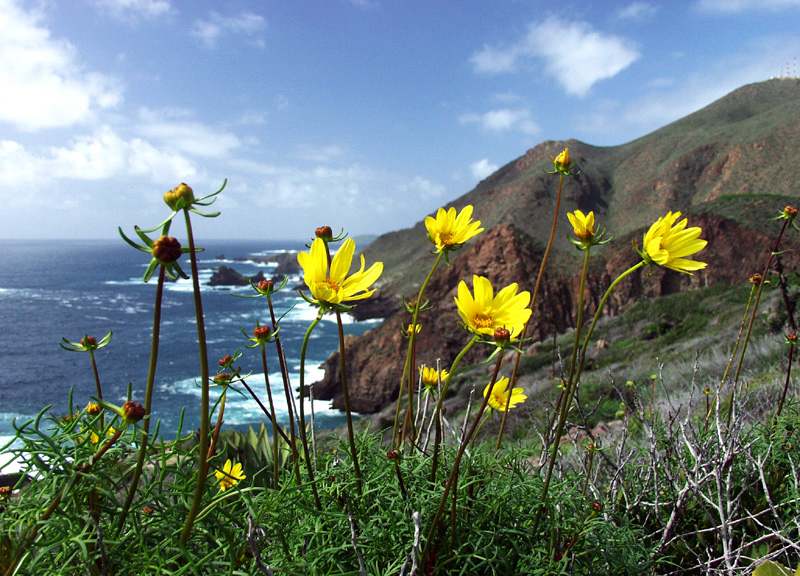 The overall goal of this project is to develop a hypothesis of change of the ecosystems in San Quintín Bay, Baja California, due to climate change and propose strategies to protect biodiversity from these impacts. The Nature Conservancy (TNC) is leading these efforts along with Terra Peninsular A.C. and the Autonomous University of Baja California (Universidad Autónoma de Baja California).

San Quintín Bay is recognized for its biodiversity and for being the largest coastal lagoon in the Southcoast ecoregion that has not been significantly affected by human activity. It includes approximately 4,000 acres of pristine habitats, including eelgrass beds, tidal zones, coastal salt marshes, dunes, washes, hypersaline lagoons, and coastal scrub. These habitats are of great importance for numerous species of plants and animals, many of which are endemic. The bay is also an important habitat for migratory and coastal birds, including 30-50% of the population of black brant geese on the west coast of México.

TNC along with the Terra Peninsular A.C. and other local non-profits are working on conservation of the aforementioned habitats (or "conservation targets") and the whole system in San Quintín Bay. The goal of the project is to enhance, protect, and conserve the biodiversity in the bay from all stressors including climate change.

A strategic plan was developed for San Quintín Bay and a coalition was formed to oversee the development and implementation of the plan. This plan involved diverse stakeholder participation from all sectors, including state and local government officials, aquaculturists, fishermen, academics, conservationists, and community members. The plan identified impact sources (urban and tourism development, recreational activities, agriculture, etc.) and strategies to abate or mitigate the effects on conservation targets. The strategic plan includes a monitoring and evaluation plan to be developed.

A strategic plan has been developed for San Quintín Bay in Baja California and a coalition formed that is currently working on several projects derived from the plan. One of the expected outcomes is the protection of the bay and surrounding habitats through the designation of a natural protected area. Climate change adaptation strategies have been drafted as part of an institutional climate change clinic but have not been implemented due to limited financial resources and institutional capacity in the region.

Terra Peninsular is a non-profit organization dedicated to conserve private and ejido lands (not private lands in Mexico that can be bought and sold) in the Peninsula of Baja California for the preservation of biodiversity. Terra Peninsular uses three main mechanisms for land conservation: 1)Private or ejido purchases, 2) Conservation easements, and 3) Aquisistion of high priority lands.