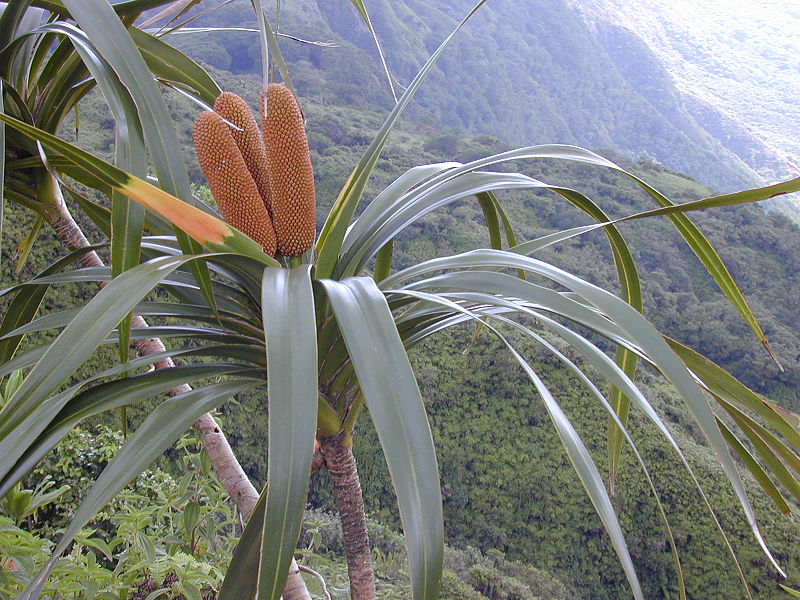 This image has been released into the public domain because it contains materials that originally came from the U.S.Geologic Survey. No endorsement by licensor implied.

The Waihe‘e Coastal Dunes & Wetlands Refuge was purchased by the Maui Coastal Land Trust in 2004. The refuge has a total area of 277 acres and houses vital habitats such as wetlands and marine shoreline and has one of the largest remaining, intact sand dune systems in all of Hawaii. The site is also a place of historical significance in the Hawaiian culture. Climate change will have unavoidable impacts on the site, particularly due to sea level rise. To increase the site’s resilience to climate change, managers are working with volunteers to remove all the invasive plants and replant the area with native plants. Volunteers are also educated about the effects climate change is projected to have on the site. The refuge serves as a living classroom to showcase climate change.

The land trust communicates its climate change plans and priorities to community members through its newsletters, during volunteer activities, and at educational events. HILT works to protect and conserve coastal lands in perpetuity, including conducting ecological restoration to transform sites degraded by invasive species. Goals are achieved in partnership with landowners, government, and community members using land easements, purchases, and acquisitions. The Board of the HILT carefully evaluates and selects proposed conservation lands against predetermined conservation goals and criteria.

In 2004, MCLT acquired the 277-acre Waihe‘e Dairy property located between Waihe‘e Park and Waihe‘e Point on the north coast of Maui, Hawaii, west of Lahaina. The National Oceanic and Atmospheric Administration’s Coastal and Estuarine Land Conservation Program, the U.S. Fish and Wildlife Service, and county, state, and private organizations provided funds to purchase the property for $4.8 million. Prior to MCLT’s involvement, the property was slated to have a destination golf course built atop it.

The Waihe‘e Refuge has both natural and cultural import. The refuge is an important historical site for the Hawaiian culture; kings resided there, battles were fought, and it is an important site in Hawaiian legends. Hawaiian fish ponds and burial sites have also been discovered at the Waihe‘e Refuge. The refuge includes more than 7,000 feet of marine shoreline, 24 acres of coastal wetlands, 103 acres of dunes, and more than eight acres of riparian habitat. Six endangered taxa, two endangered plants, and two endangered insects have also been found on the site. Many of the important cultural and archeological sites at Waihe‘e Refuge are located in sand dunes that are at or near the water’s edge. As sea level rises, the sand dunes could become inundated or transformed into sandy beaches. If sea level rose 10 ft. or more, it has been estimated that 50–60% of the entire 277-acre refuge could be submerged. Unfortunately, there is little that can be done to abate the ocean. Seawalls and other protective structures have been ruled out at as a solution because they are not a long-term, viable option. A hardened shoreline would alter sediment input to nearby sites, have cascading consequences into the future, and go against the HILT’s goals to preserve, protect, and restore natural landscapes. As such, managers selected to restore the refuge to the state it would have been in 200 years ago in the hopes that restoration will act as a source of resilience. The project leads designed a restoration plan to reduce invasives and reintroduce natives while minimizing disturbance to culturally significant areas on the property.

This restoration effort has been labor-intensive. When MCLT acquired the Waihe‘e Refuge, roughly 95% of the plants found on the site were considered to be invasive species. To implement its vision, the land trust has relied upon volunteers to help with removing invasives and planting natives through volunteer workdays. This has also included welcoming groups on “work vacations” and promoting the site as a cultural tourism destination. Local school children also visit to learn about the historical importance of the site in the Hawaiian culture. Restoring the Waihe’e Refuge to its historical, natural state will encourage native plants to take hold of the site again, thereby enhancing the natural resilience of the system. A healthy, more resilient landscape could buffer the impacts of climate change better than a damaged landscape.

To minimize intrusive actions, HILT selected to fence off the sand dunes to reduce foot traffic and exclude invasive predators. Since then, endangered bird species have begun to nest on the sand dunes and the birds have acted as a natural vector and fertilizer for native plants. The sand dunes are slowly being repopulated with native plants and are providing a sanctuary for some of Hawaii’s endangered bird species, including the ae‘o (Hawaiian stilt) and ‘alae ke‘oke‘o (Hawaiian coot). Native plants have begun to naturally repopulate the wetlands as well.

The Maui Coastal Land Trust was established in 2001 to help connect government agencies with private landowners and community groups in an effort to protect Maui’s shorelines, coastal landscapes and cultural resources. Their mission is “to preserve and protect coastal lands in Maui Nui for the benefit of the natural environment and of current and future generations.” Land trusts work with landowners whom are interested in protecting open spaces and conserve lands by undertaking or assisting in land or conservation easement acquisitions.