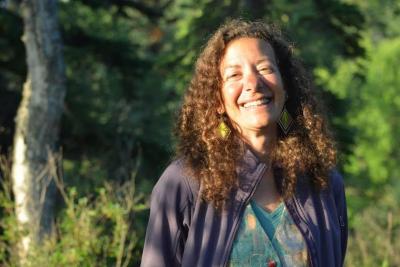 Robin has been working as a human rights attorney and interdisciplinary social scientist on the issue of climate-forced displacement of Alaska Native communities since 2007.  She co-founded and directs the Alaska Institute for Justice.  The FBI awarded the Alaska Institute for Justice the 2012 Director's National Community Service Award for the agency's work with human trafficking victims. The Municipality of Anchorage awarded AIJ the Community Diversity award in 2007. Robin’s additional honors include the 2012 Alaska Bar Association Human Rights award, 2012 International Soroptimist Advancing the Rights of Women award, and 2007 Robert Hickerson award for public service.

Founded in 2005, the Alaska Institute for Justice is the only agency in Alaska dedicated to protecting the human rights of immigrants and refugees. Based in Anchorage and Juneau, our staff provides statewide comprehensive immigration legal services, as well as language interpretation and translation services throughout Alaska. Collectively, AIJ Board and Staff have more than 25 years of legal experience serving Alaska’s immigrants and refugees.