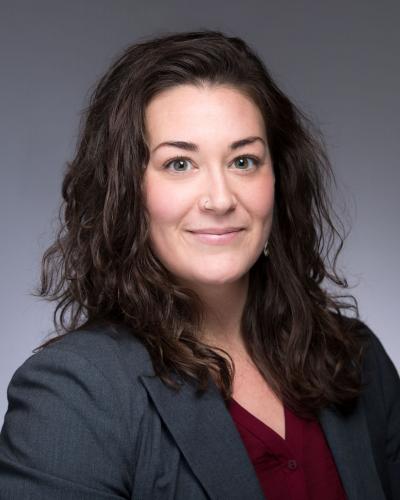 Kaitlin Harris is the Project Manager of the Urban Adaptation Assessment with the Notre Dame Global Adaptation Initiative (ND-GAIN). In this position, she is responsible for overseeing the execution and implementation of the UAA project. Specifically, Kaitlin is responsible for executing project deliverables including facilitating advisory board participation and engagement, identifying potential adaptation indicators and methodologies, cultivating strategic partnerships, functioning as lead in targeted outreach and communication efforts as well as grant writing. Furthermore, Kaitlin is tasked with developing and implementing future strategies to grow the project from the domestic to the international sphere.

Previous to this position, Kaitlin held a number of diverse roles within the non-profit sector, both domestically and abroad. Most notably, Kaitlin held the position of Urban Resilience and City Partnerships Manager in collaboration with Mercy Corps Indonesia, based in Jakarta, where she worked on the Asian Cities Climate Change Resilience Network (ACCCRN) Program.

Kaitlin possesses a strong background rooted in the sciences with experience in urban resilience and adaptation, specifically focusing on the empowerment of vulnerable populations. She holds dual masters’ degrees in Sustainable International Development as well as Negotiation and Conflict Resolution from Brandeis University’s Heller School for Social Policy and Management. Additionally, she holds a B.S. from the University of Massachusetts, Amherst in Biology and Environmental Science.

Our world is in peril. Global warming, climate change, and alterations to land, water and air all threaten human and environmental welfare. The problems are urgent and solutions are needed now. At the Environmental Change Initiative (ND-ECI), over 50 researchers have come together from almost every discipline to find these solutions. We work hand-in-hand with partners to do research that matters to society, answering the most critical environmental questions of our time:

We call it “Science Serving Society”