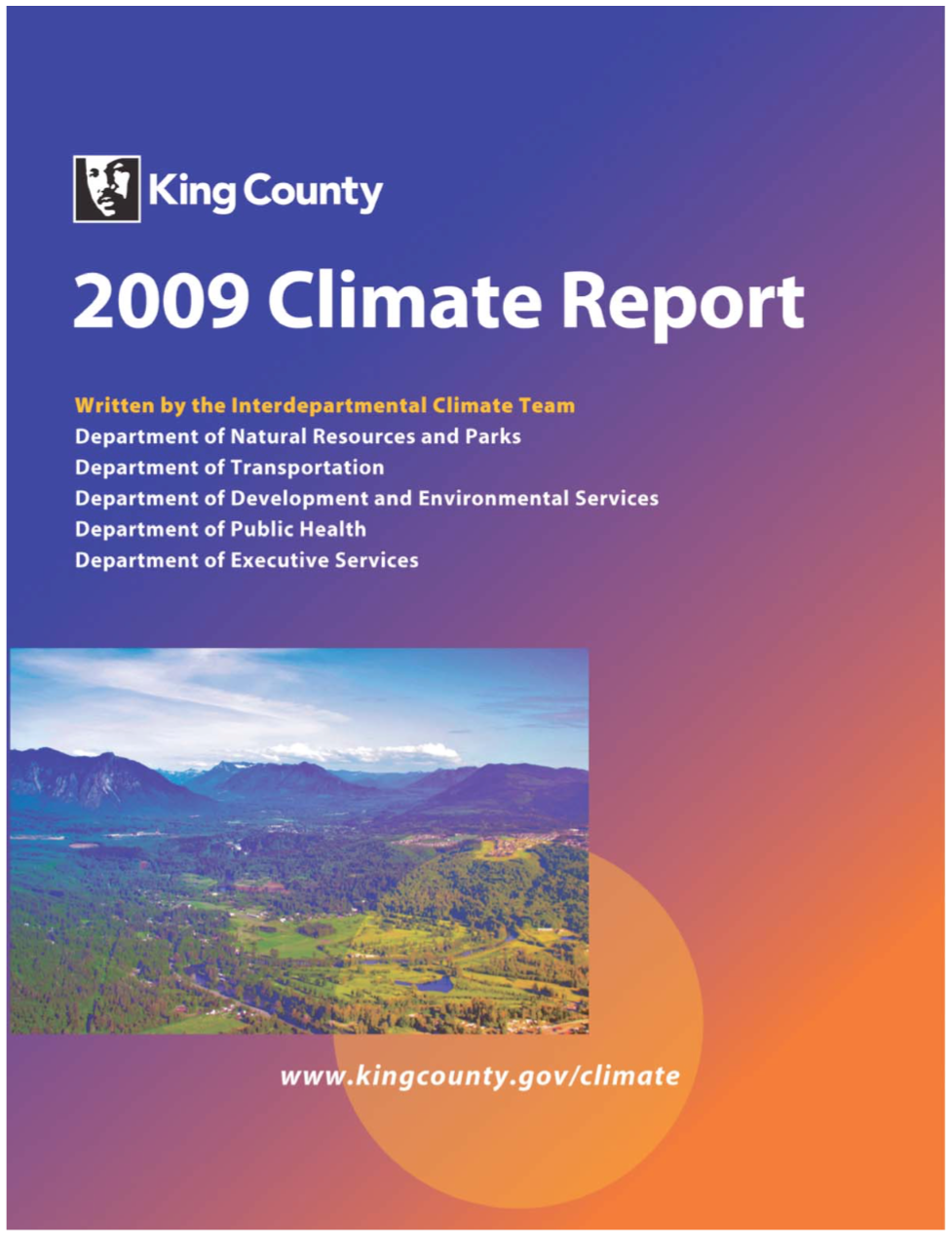 The 2009 King County Climate Report documents actions during the last year that implement the 2007 King County Climate Plan. It also gives an overview of anticipated activities for 2010. The report outlines progress and plans in four key areas: leadership, mitigation of greenhouse gas emissions, adaptation to prepare for the impacts of climate change, and assessment.

The county will anticipate and prepare for the impacts of climate change on the natural and built environment and on human health. The county’s citizens have major investments in public infrastructure that may be damaged by climate change impacts such as increased flood severity and sea level rise. It is prudent from a risk-management perspective to make investments now to avoid costly damage in the future. In these difficult economic times, the argument might be made that addressing climate change should not be a priority. However, many of the county’s climate response initiatives–such as switching to hybrid buses and installing LED traffic signals–have saved the government money while reducing emissions. The county will continue to pursue climate programs that save money, create new revenue streams, or lead to the creation of new green jobs for the region. 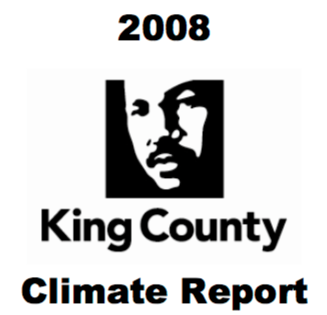