Adaptation to Climate Change in Agriculture, Forestry and Fisheries: Perspective, Framework and Priorities 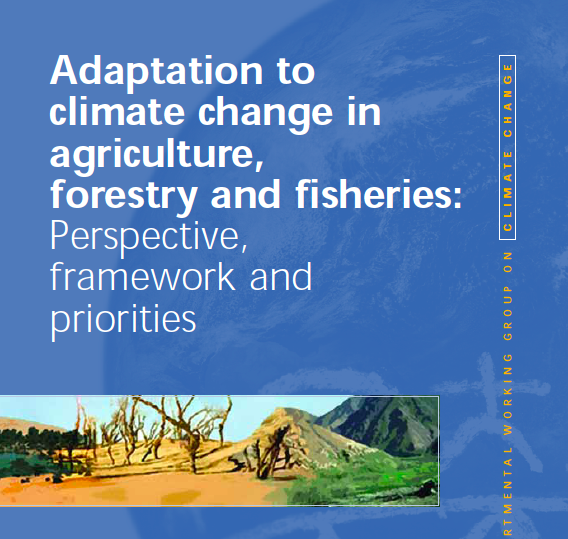 The croplands, pastures and forests that occupy 60 percent of the Earth’s surface are progressively being exposed to threats from increased climatic variability and, in the longer run, to climate change. Abnormal changes in air temperature and rainfall and resulting increases in frequency and intensity of drought and flood events have long-term implications for the viability of these ecosystems. As climatic patterns change, so also do the spatial distribution of agroecological zones, habitats, distribution patterns of plant diseases and pests, fish populations and ocean circulation patterns which can have significant impacts on agriculture and food production.