Adaptation interventions and their effect on vulnerability in developing countries: Help, hindrance or irrelevance? 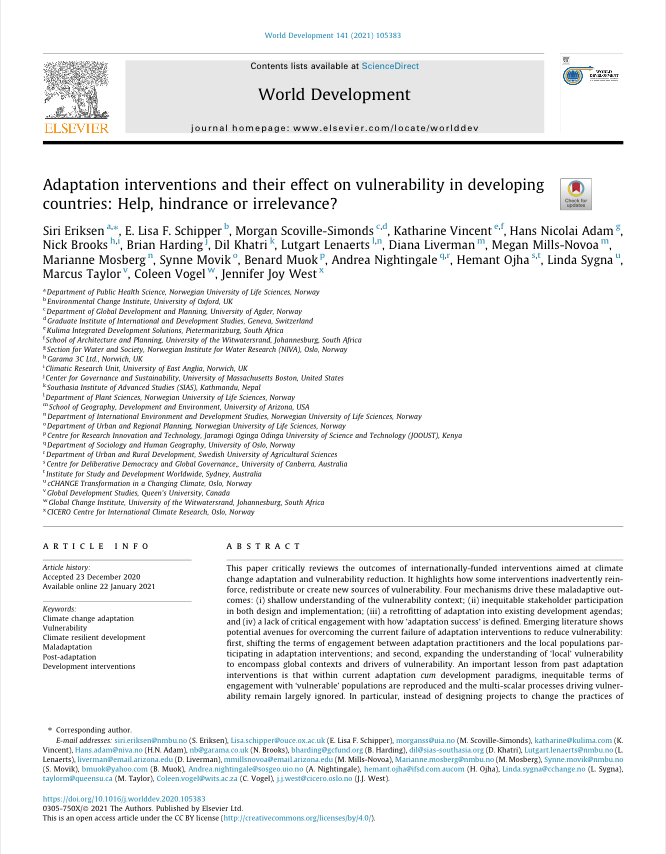