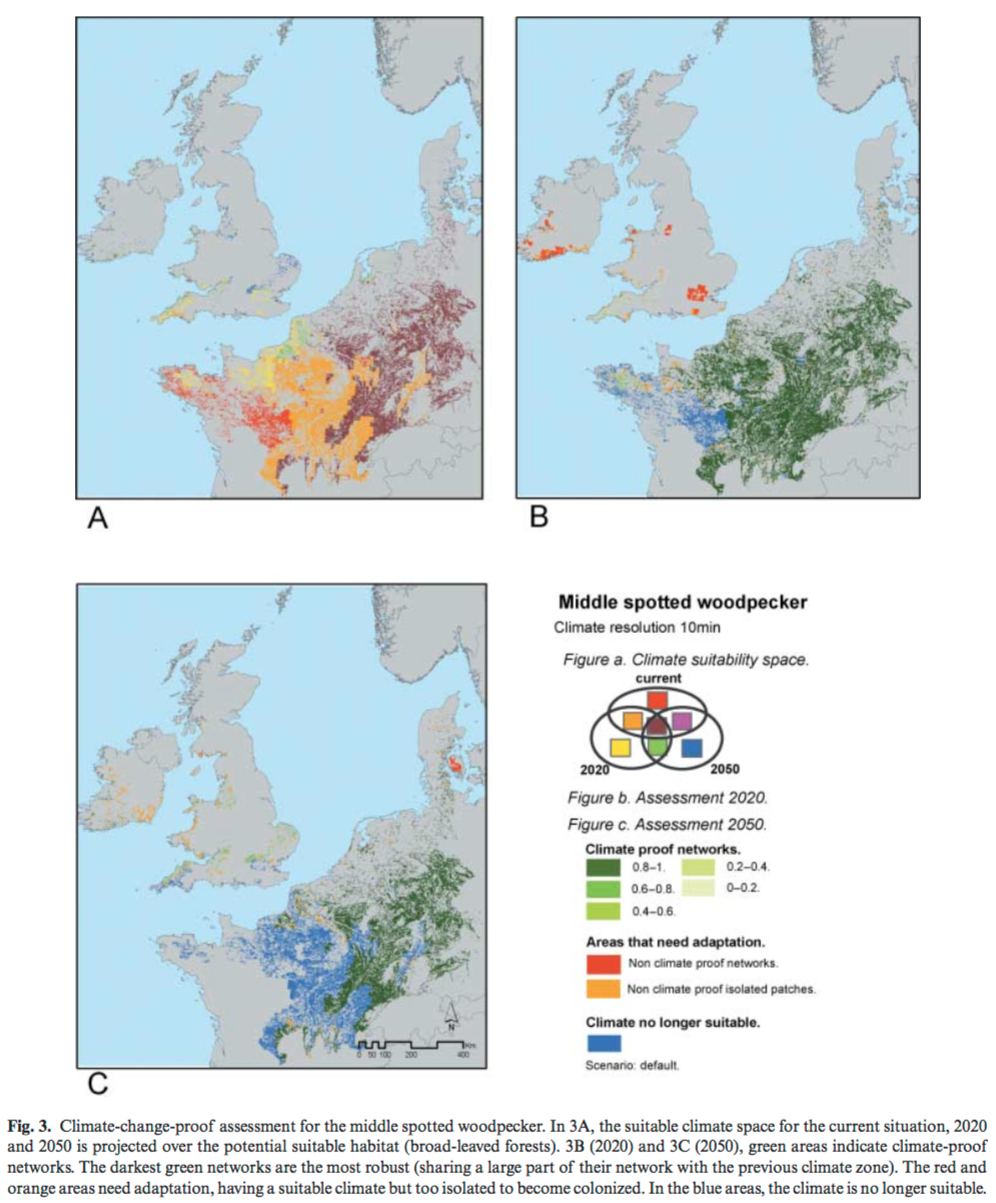 Summary1. Climate change has been inducing range shifts for many species as they follow their suitable climate space and further shifts are projected. Whether species will be able to colonize regions where climate conditions become suitable, so-called ‘new climate space’, depends on species traits and habitat fragmentation.2. By combining bioclimate envelope models with dispersal models, we identified areas where the spatial cohesion of the ecosystem pattern is expected to be insufficient to allow colonization of new climate space.3.For each of three ecosystem types, three species were selected that showed a shift in suitable climate space and differed in habitat fragmentation sensitivity.4. For the 2020 and 2050 time slices, the amount of climatically suitable habitat in northwest Europe diminished for all studied species. Additionally, significant portions of new suitable habitat could not be colonized because of isolation. Together, this will result in a decline in the amount of suitable habitat protected in Natura 2000 sites.5. We develop several adaptation strategies to combat this problem: (i) link isolated habitat that is within a new suitable climate zone to the nearest climate-proof network; (ii) increase colonizing capacity in the overlap zone, the part of a network that remains suitable in successive time frames; (iii) optimize sustainable networks in climate refugia, the part of a species’ range where the climate remains stable.6. Synthesis and applications. Following the method described in this study, we can identify those sites across Europe where ecosystem patterns are not cohesive enough to accommodate species’ responses to climate change. The best locations for climate corridors where improving connectivity is most urgent and potential gain is highest can then be pinpointed.