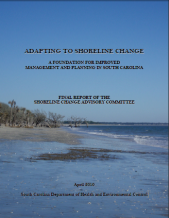 In 2007, DHEC-OCRM initiated a Shoreline Change Initiative to organize existing data collection and research efforts, identify additional research needs, and formulate policy options to guide the management of South Carolina’s estuarine and beachfront shorelines. DHEC established an external advisory panel made up of 23 scientists, agency researchers, municipal officials, and various stakeholders to discuss the past two decades of experiences under the SC Beachfront Management Act and to identify potential research and policy needs related to beachfront and estuarine shoreline management for the coming decades. The Shoreline Change Advisory Committee (SCAC) released a draft report in November 2009 and a subsequent final report in April 2010. The report contains 13 general recommendations, and numerous sub-recommendations for consideration by public officials and decision-makers. Background Twenty years ago, a "blue ribbon panel" was convened by the former South Carolina Coastal Council (now SCDHEC-OCRM) to address what was considered a "crisis" situation involving our beaches. Recognizing the threats of chronic erosion, gradual sea level rise, increased shoreline development, and a lack of comprehensive beachfront planning and management, the panel developed recommendations that provided guidance to state regulators and legislators in developing state beach management policies. Most of their recommendations were adopted into law through the Beachfront Management Act of 1988. Over the past two decades, the Beachfront Management Act and associated regulations have significantly limited development and hard stabilization of the beachfront in many areas. However, the issues addressed by the 1987 panel remain critical. We face a growing challenge in balancing the protection of economic and environmental resources along our shorelines. 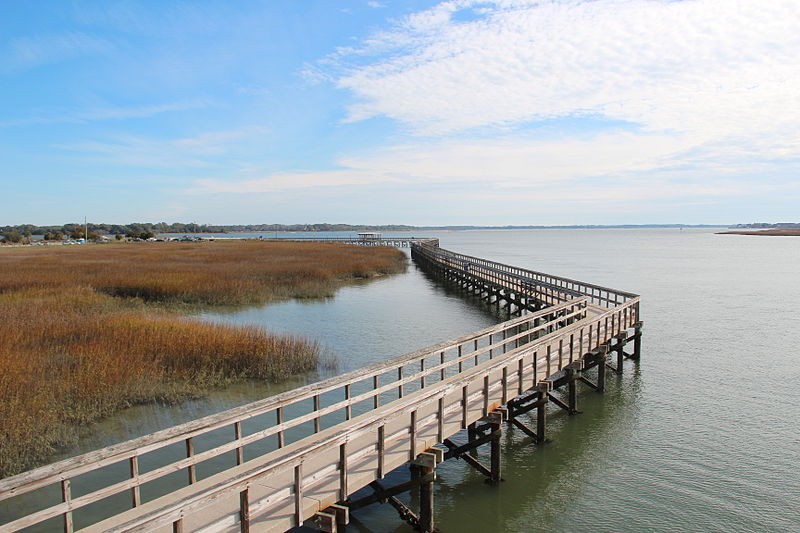