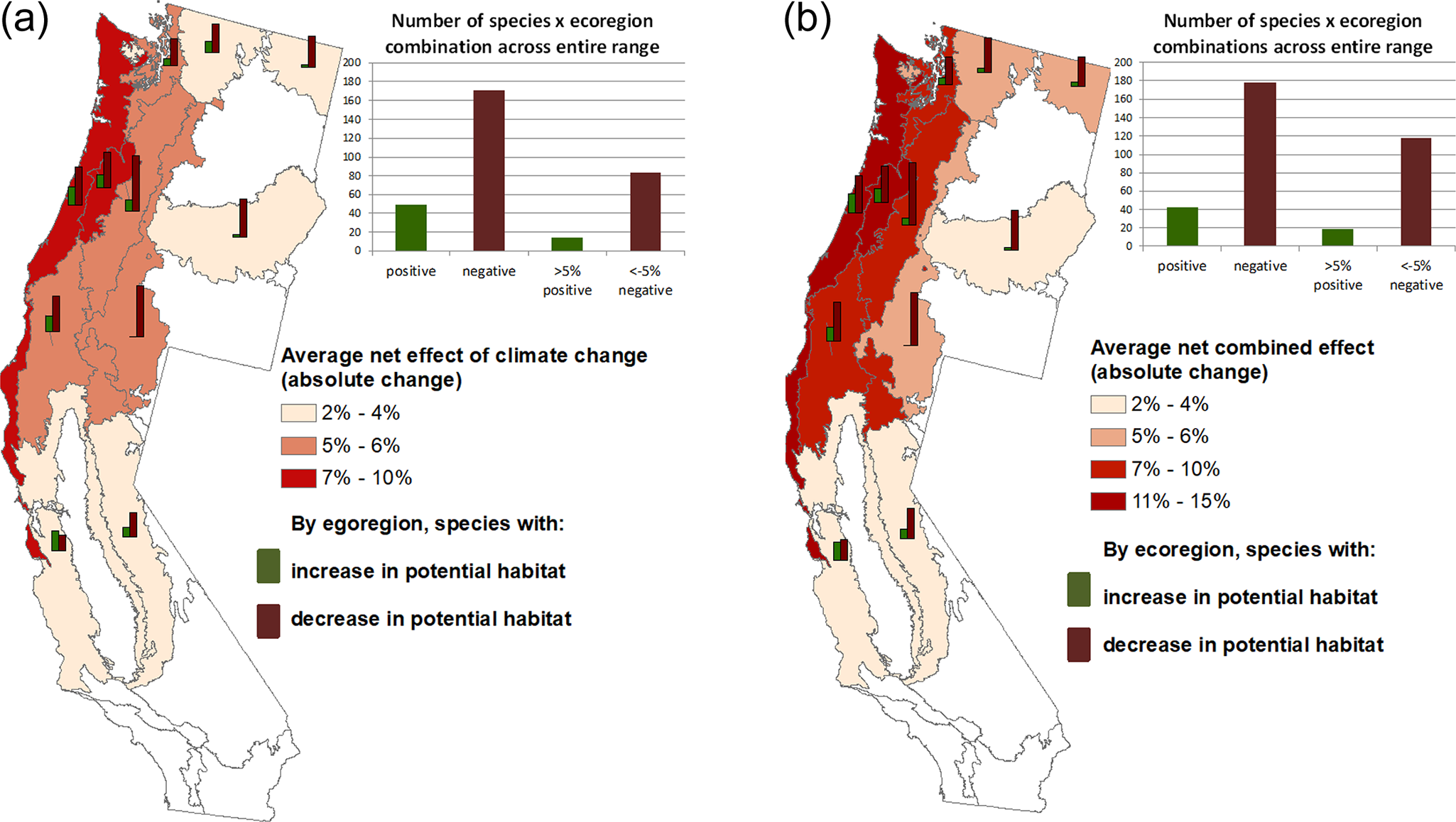 Conserving forests to provide ecosystem services and biodiversity will be a key environmental challenge as society strives to adapt to climate change. The ecosystem services and biodiversity that forests provide will be influenced by the behaviors of numerous individual private landowners as they alter their use of forests in response to climate change and any future carbon pricing policies that emerge. We evaluated the impact of forest landowners’ likely adaptation behaviors on potential habitat for 35 terrestrial, forest-dependent vertebrates across three U.S. Pacific states. In particular, we couple a previously estimated empirical-economic model of forest management with spatially explicit species’ range and habitat associations to quantify the effects of adaptation to climate change and carbon pricing on potential habitat for our focal species (amphibians, birds and mammals) drawn from state agency lists of species of conservation concern. We show that both climate change and carbon pricing policies would likely encourage adaptation away from currently prevalent coniferous forest types, such as Douglas-fir, largely through harvest and planting decisions. This would reduce potential habitat for a majority of the focal species we studied across all three vertebrate taxa. The total anticipated habitat loss for amphibians, birds and mammals considered species of state concern would exceed total habitat gained, and the net loss in habitat per decade would accelerate over time. Carbon payments to forest landowners likely would lead to unintended localized habitat losses especially in Douglas-fir dominant forest types, and encourage more hardwoods on private forest lands. Our study highlights potential tradeoffs that could arise from pricing one ecosystem service (e.g., carbon) while leaving others (e.g., wildlife habitat) unpriced. Our study demonstrates the importance of anticipating potential changes in ecosystem services and biodiversity resulting from forest landowners’ climate adaptation behavior and accounting for a broader set of environmental benefits and costs when designing policies to address climate change.