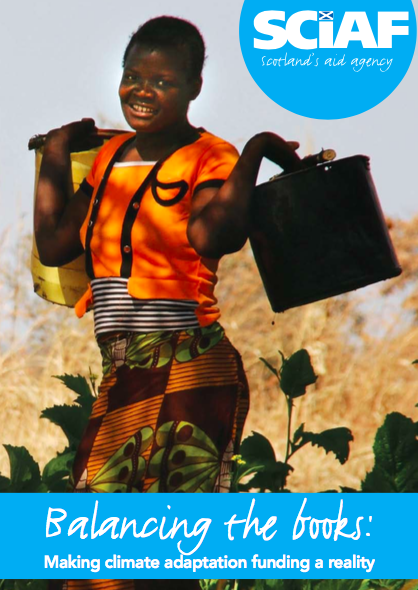 Vulnerable communities in developing countries are struggling to survive the devastating impacts of climate change. People already coping with poverty are the most at risk: their food security, livelihoods and other basic needs are increasingly threatened by changing seasonal patterns, extreme weather events and rising sea levels.

Throughout the course of the 21st century, billions of people will be adversely affected by changes in our climate.

This is one cost of economic development over many generations in industrialised countries like Scotland. National levels of harmful greenhouse gas emissions have far surpassed a proportional share of global limitations, in terms of natural resources and strain on natural ecosystems. This is unjust and unsustainable.

Industrialised countries bear the historical responsibility for climate change and must now support vulnerable countries as they grapple with the realities on the ground.

This report calls for a Scottish Government Climate Adaptation Fund of £9 million p/a, which amounts to just 0.026% of Scottish Government spending (2010) and would have transformational impacts. Such a fund would help vulnerable communities to build resilience against climate change and consolidate Scotland’s tradition of humanitarianism and global social responsibility.