Barriers to Climate Change Adaptation in Indigenous Communities: A Case Study on the Mohawk Community of Kanesatake, Canada 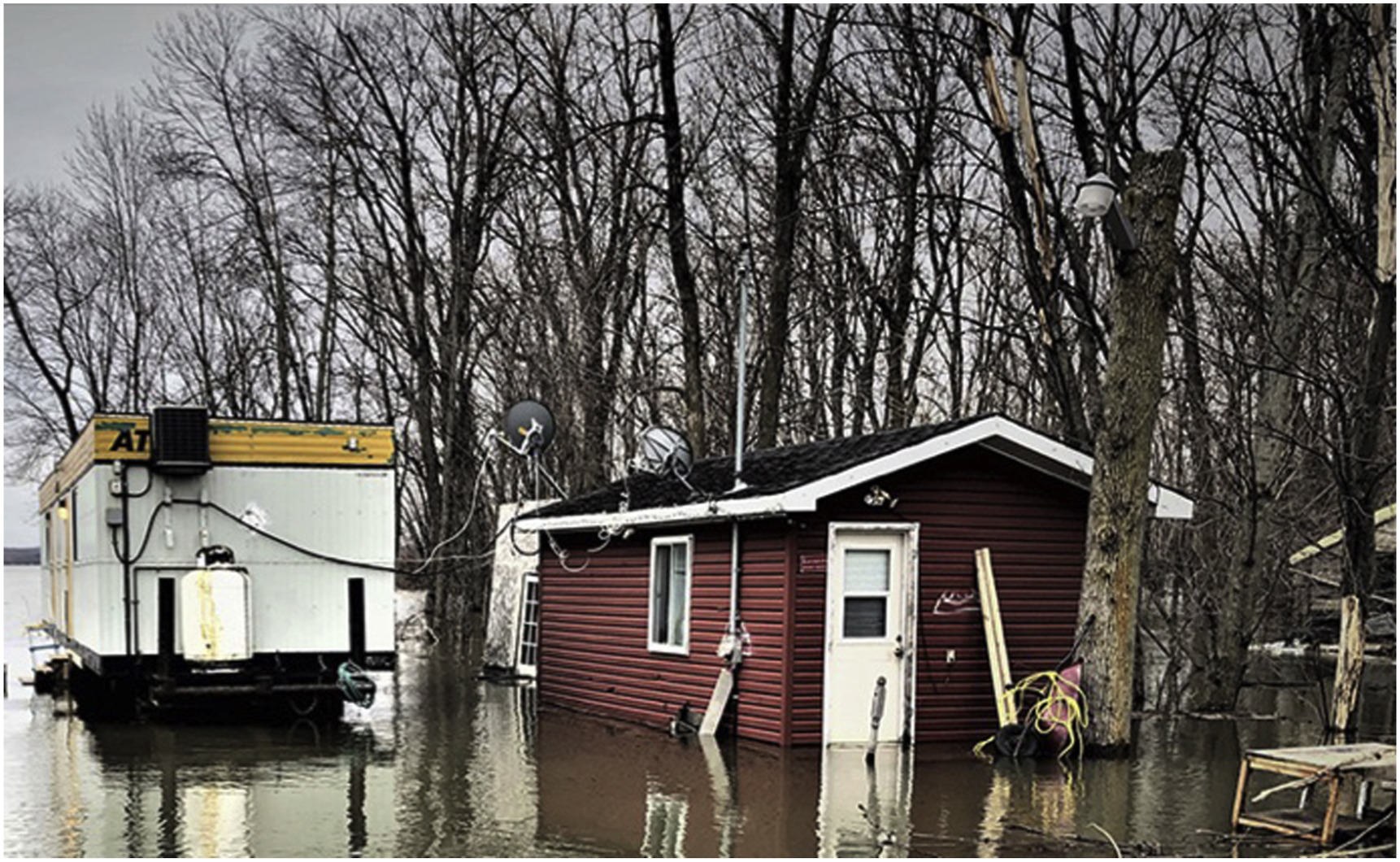 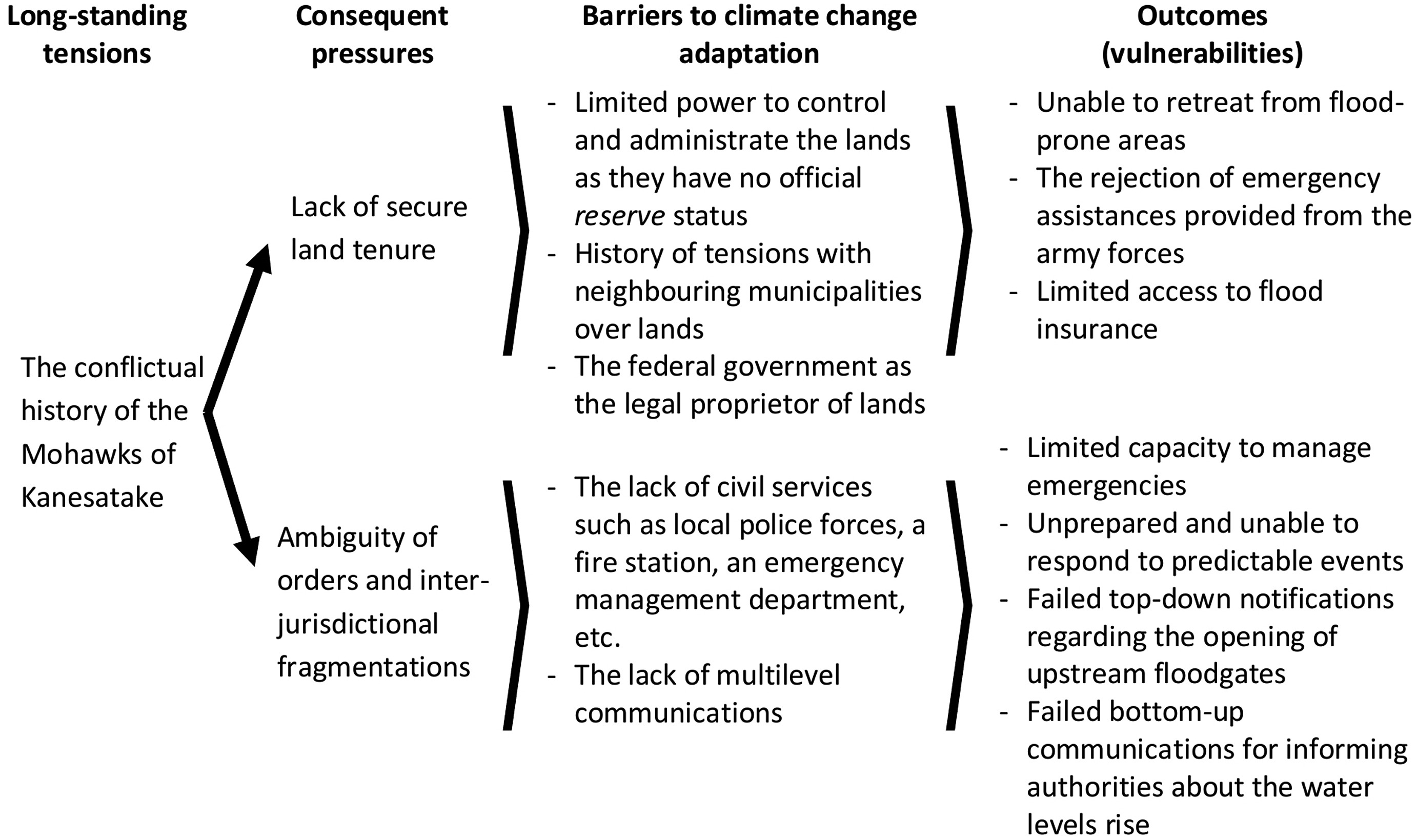 The switch from climate change mitigation to the adaptation to its impacts or effects initially appears to be a promising strategy. Academics and practitioners, however, confront limits and barriers to the adaptation both in theory and practice. Despite the extensive efforts in understanding limits and barriers, little is still known about political and institutional barriers, more specifically political challenges in Indigenous communities that typically nullify the effect of adaptation strategies. This study investigates the experience of the Mohawk community of Kanesatake, a First Nations community in Canada, during and after the 2017 and the 2019 floods in Quebec. Results reveal the links between the proximate set of barriers and historical, political pressures in Indigenous communities. Findings explain that unhealed wounds in relationships among nations generate political and institutional hurdles, which eventually orchestrate the co-occurrence of multiple barriers: the lack of land ownership rights, insurance, and social institutions such as police force and firefighters, to name a few. Findings have implications both for theory and practice. In theory, the findings reveal the fact that barriers are not mutually exclusive; in fact, they are often interdependent. In practice, findings support the fact that policies fail if they disregard underlying interdependencies.