Bringing Stormwater Management Down to the Neighborhood 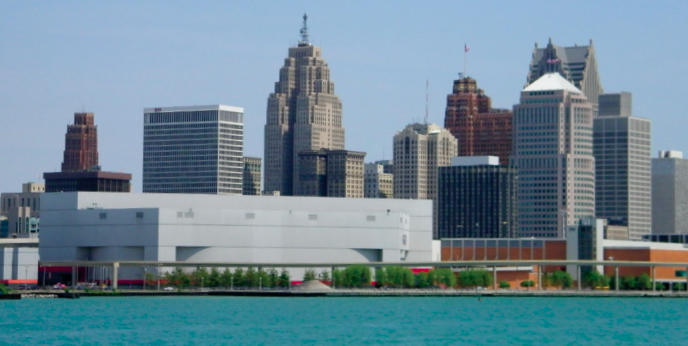 In the Great Lakes region, climate change is likely to bring more intense rainstorms, and with them, more flooding. For the City of Detroit, flooding brings an added problem: sewage overflows. The Detroit Water and Sewerage Department’s (DWSD) Wastewater Treatment Plant is the largest singlesite wastewater treatment facility in the U.S. Detroit has combined sewers, meaning that sewage and stormwater runoff run together through a single collection system. Anything more than an inch of rain in a short period of time can overwhelm the system, causing raw sewage to overflow into rivers and streams. “So if it’s true that we’re going to have more intense rainfall in a shorter period of time, that’s going to mean we’re more likely to have more combined sewage overflow events. And of course that means more sewage pollution in our Great Lakes,” says Melissa Damaschke, the Great Lakes Program Organizing Representative for the Sierra Club. This realization inspired the Sierra Club Great Lakes Program to get involved in the sewer overflow issue.