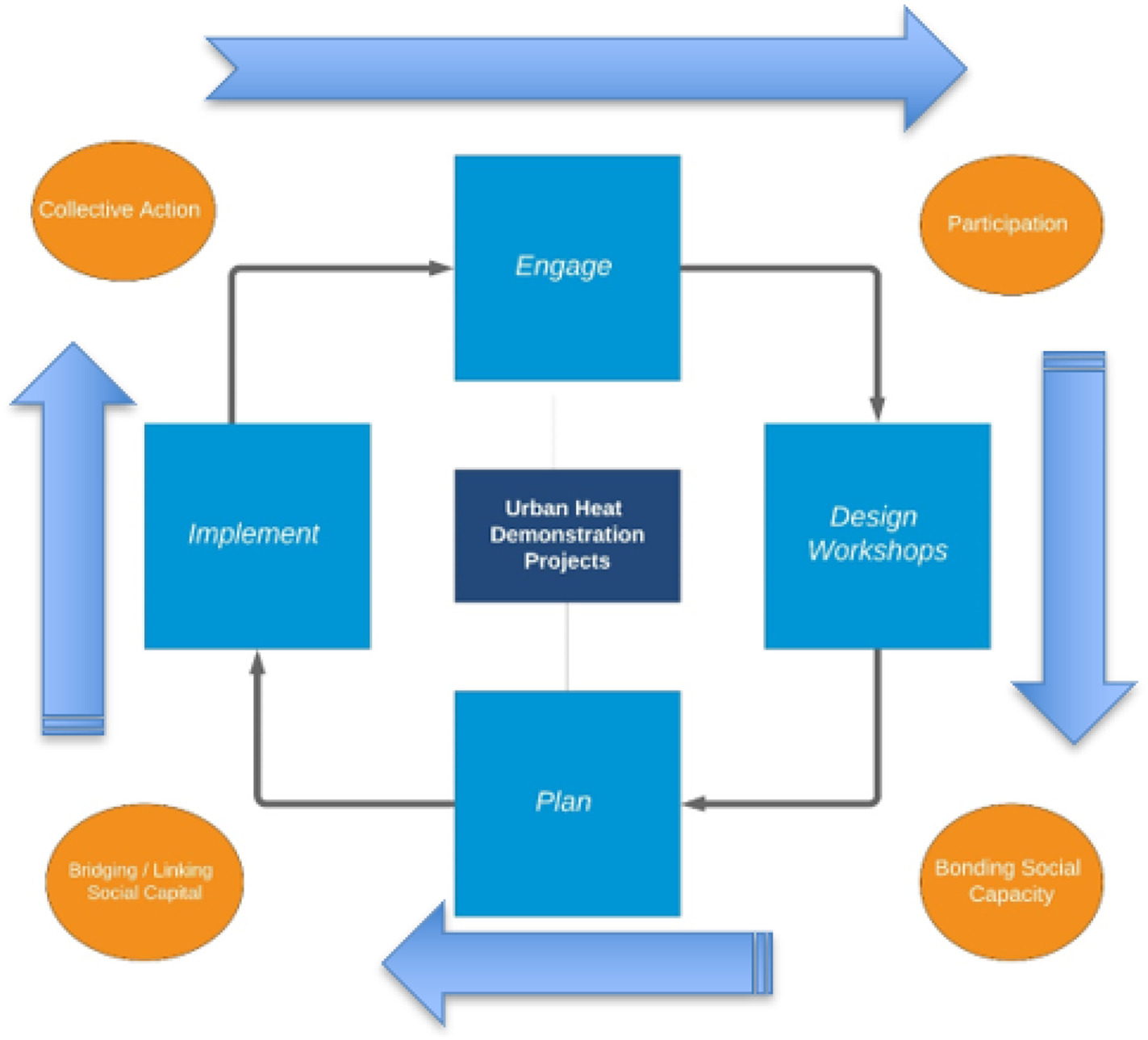 Increasing urban temperatures pose a public health threat and, in many cities, there is a disparity among neighborhoods with respect to access to cooling benefits. Residents may be unable to afford to operate cooling systems, and underserved communities are less likely and/or able to advocate for heat-reducing solutions. There is also a significant gap between adaptation theory and practice. This gap could be diminished by better understanding the barriers and limits to adaptation processes. This paper presents the Nature's Cooling Systems project's community engagement methodology, which aims to empower underserved communities to shift those dynamics. Through this process, we sought to learn about key urban heat adaptation barriers at the neighborhood scale.

The methodology was piloted in three neighborhoods in metropolitan Phoenix to provide better thermal comfort in the hottest and highest-need neighborhoods. Barriers to adaptation strategies that emerged from these workshops overlapped with those articulated in the literature, including detecting and defining the problem, increasing information use, and developing, assessing, and selecting options. This methodology can serve as a model for community-driven heat adaptation planning for other neighborhoods facing increasing heat. Attention to key barriers is critical for success of adaptation measures.