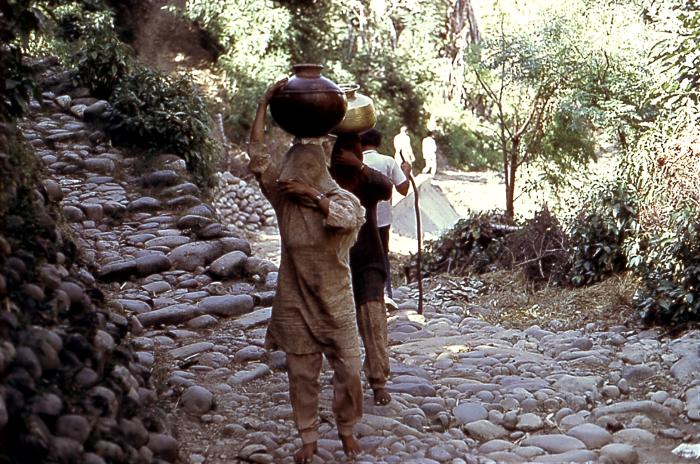 This image is a work of the Centers for Disease Control and Prevention, part of the United States Department of Health and Human Services, taken or made as part of an employee's official duties. As a work of the U.S. federal government, the image is in the public domain.

Many who study global change, particularly from industrialized countries, are optimistic about the capacity of agriculture to successfully adapt to climate change. This optimism is based on historic trends in yield increases, on the spread of cropping systems far beyond their traditional agroecological boundaries, and the inherent flexibility of systems of international trade. Analysis of the success (or in rare cases, failure) of adaptation is by analogy – either to analogous socioeconomic or technological change or to short-term environmental change. Such studies have been limited to industrialized countries.

This paper uses five analogs from developing countries to examine potential adaptation to global climate change by poor people. Two are studies of comparative developing country responses to drought, flood, and tropical cyclone and to the Sahelian droughts of the 1970s and 80s that illustrate adaptations to climate and weather events. Two address food production and rapid population growth in South Asia and Africa. Three types of adaptive social costs are considered: the direct costs of adaptation, the costs of adapting to the adaptations, and the costs of failing to adapt. A final analog reviews 30 village-level studies for the role that these social costs of adaptation play in perpetuating poverty and environmental degradation.