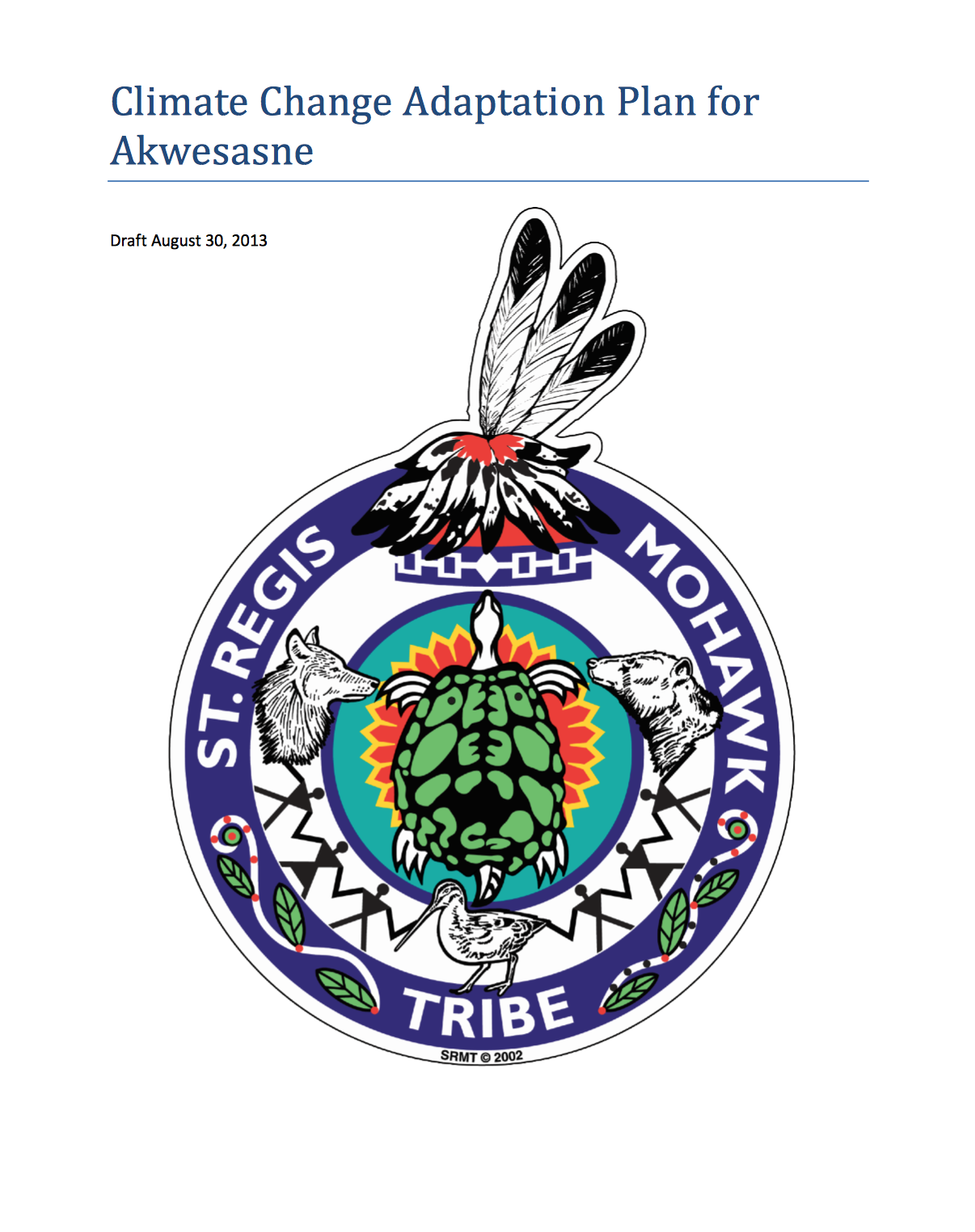 The Saint Regis Mohawk Reservation is located in the St. Lawrence River Valley in upstate New York along the U.S. Canada border. The Mohawk Nation Territory (Akwesasne) straddles three borders – New York State; Ontario, Canada; and Quebec, Canada (see Exhibit 1). Most tribal members fish in the St. Lawrence River, and several other tributary rivers run through the community (including the St. Regis and Raquette Rivers). The St. Lawrence River has a strong current at Akwesasne, and two dams upstream from the reservation produce a significant amount of power. The territory has 3,000 acres of wetlands.

Climate change, long-term changes in weather patterns caused by anthropogenic emissions, poses an additional threat to the Saint Regis Mohawk Tribe. The phenomenon is projected to bring a number of changes to Akwesasne, including an increase in the frequency of extreme weather events such as the Ice Storm of 1998, a severe storm that caused many trees and utility poles to fall and produced widespread blackouts. Akwesasne is planning for climate change not because the climate is changing but because the climate is changing at a faster rate than ever before. Climate change has begun, and adaptation needs to be vigorous. It is no longer possible to not do something about climate change.