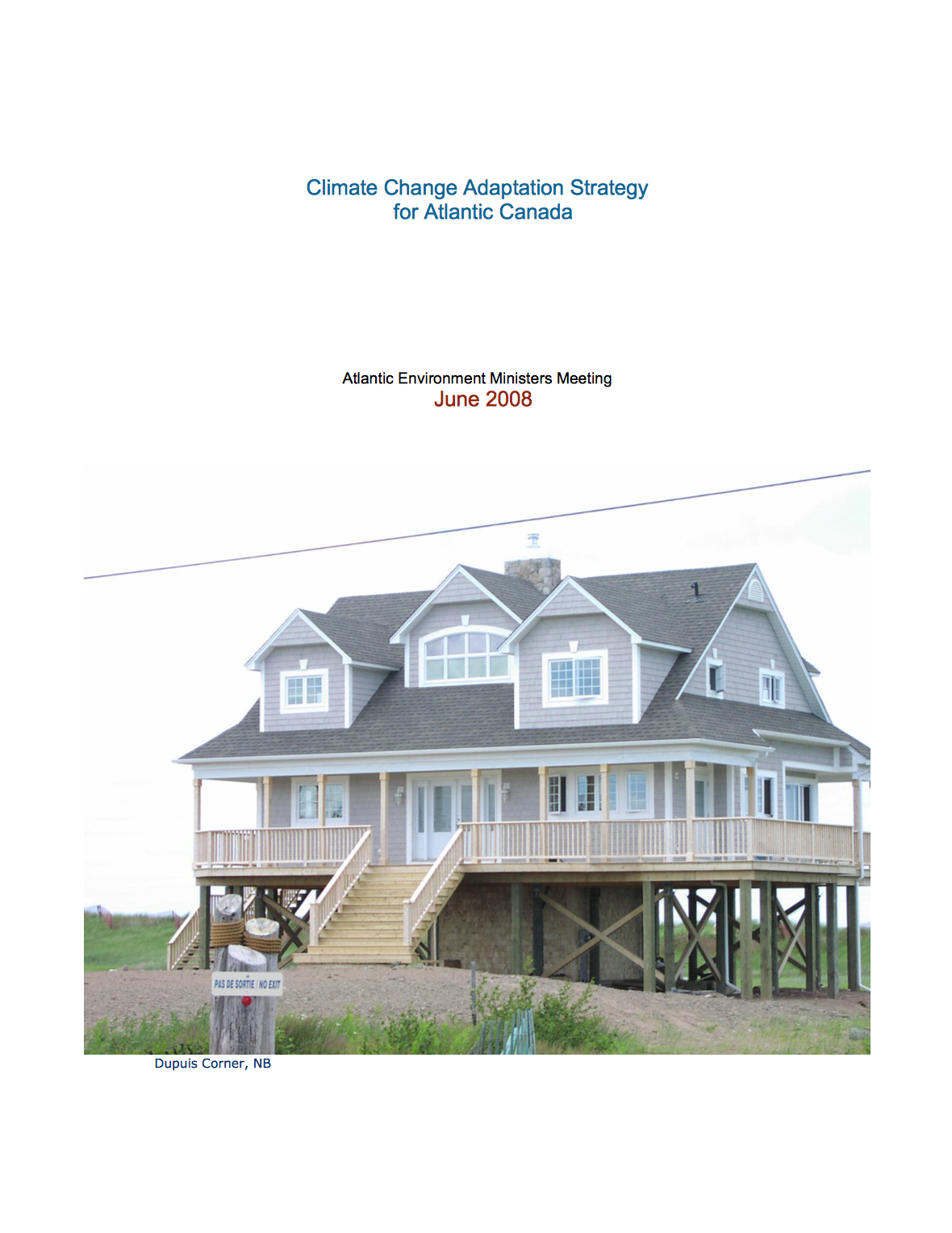 Atlantic Canada communities are already experiencing the effects of climate change and this will intensify in the future. Sea level rise, combined with geologic sinking in the Atlantic region, is of particular concern. More frequent and intense storm events, and water variability causing floods and drought, are anticipated. Atlantic communities located in coastal areas and along inland waters, and the infrastructure and resources they rely on, will be increasingly stressed by climate change impacts.

Recognizing the importance and benefits of a regional collaborative approach, the Council of Atlantic Environment Ministers supported New Brunswick hosting a regional climate change adaptation workshop on climate change adaptation responses for coastal areas and inland water issues. The purpose of the workshop was to inform the development of a Climate Change Adaptation Strategy for Atlantic Canada to be considered at the Atlantic Environment Ministers meeting to be held in Wolfville, Nova Scotia, on June 5-6, 2008.

On May 8-9, 2008, the New Brunswick Department of Environment and Natural Resources Canada co-hosted a Climate Change Adaptation Workshop, in collaboration with other Atlantic Provinces, in Saint John, New Brunswick. The NRCan assessment of the Atlantic region vulnerabilities and implications for communities, infrastructure and ecosystems was instrumental in defining and clarifying the scope of the workshop.

The Atlantic Climate Adaptation Solutions (ACASA) Project is a partnership among the provincial governments of Newfoundland and Labrador, Nova Scotia, Prince Edward Island, and New Brunswick, and regional stakeholders including nonprofits, tribal governments, and industry.