Climate Change and Adaptation in Muskoka 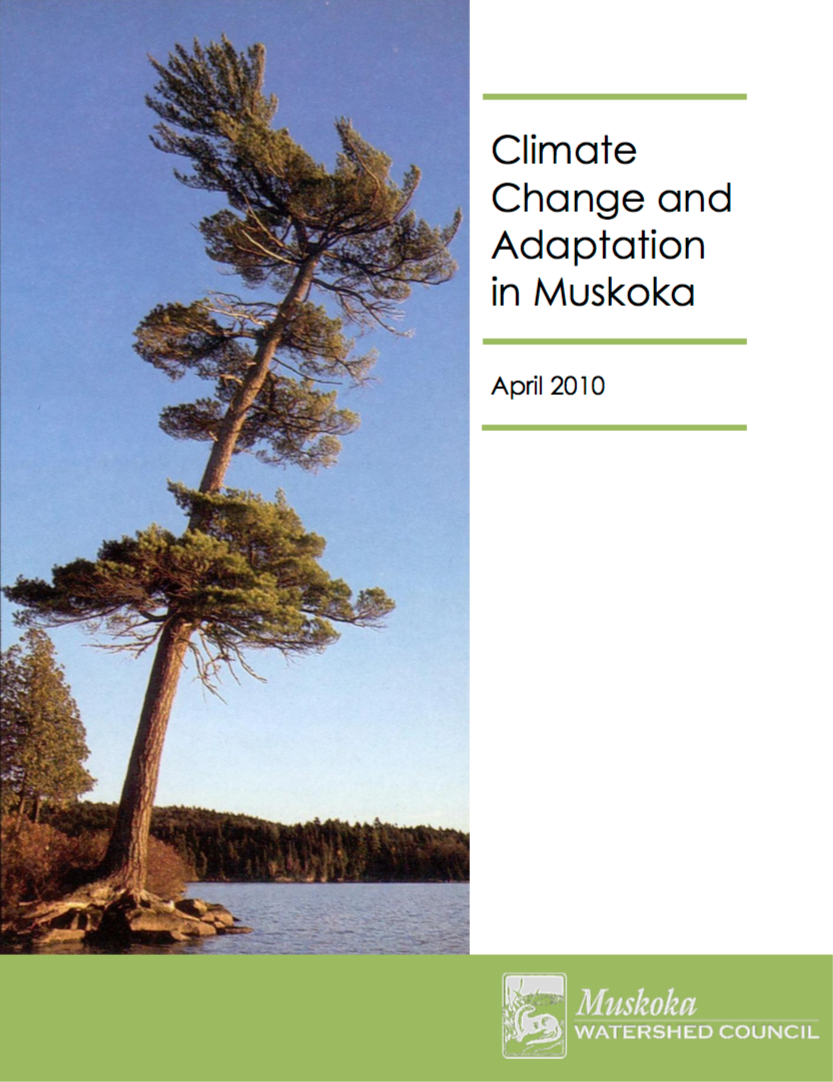 Climate change will have a significant impact on the Muskoka watersheds over the next 100 years. Although mitigation is necessary to reduce future climate change impacts, the climate would continue to warm until the end of the current century, even if all carbon emissions ceased today. Adaptation is required to address the impact of climate change in Muskoka.

Between 1948 and 2006, Ontario’s average temperature increased by 1.30C. Projections made by the Ontario Ministry of the Environment indicate average temperatures over the Great Lakes Basin, including Muskoka watersheds, are likely to continue to increase between 2 and 40 C by 2050. The Ministry of the Environment goes on to predict that precipitation may increase by up to 20% by 2050 in all but the summer months, when little or no change is projected. Rising air and water temperatures are already shortening the ice cover season, exposing water to evaporation for more of the year.

Warmer water combined with stronger winds and a longer ice-free period is likely to increase the volume of water evaporating from the surface of lakes. Increased evaporation from the land surrounding the lakes, especially in summer, is likely to reduce the flow in rivers after the spring runoff. In the long term, the most obvious combined result is likely to be a fall in the average lake levels of the four lower Great Lakes currently projected to be between 15 and 115 cm over the next 40 years.

More moisture in a warmer atmosphere is expected to cause an increase in extreme weather events – rain, snow, drought, heat waves, wind, and ice storms. There are indications that this trend has already begun. Weather is also likely to be more variable and less predictable.

Both natural areas and socio-economic aspects of the watershed will be impacted by climate change.