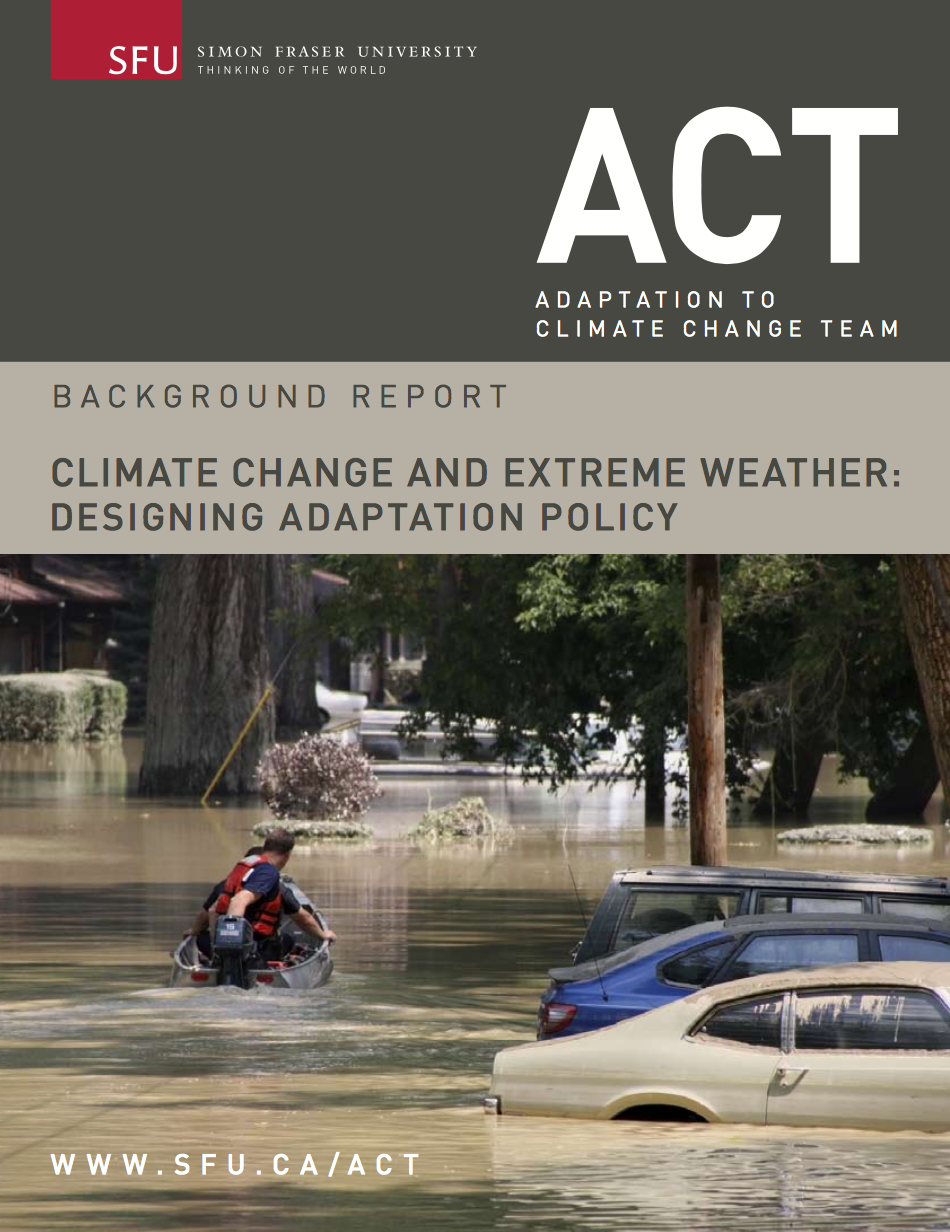 In December 2006, British Columbia’s Lower Mainland and Vancouver Island were struck by a series of storms more powerful than any experienced in the province’s history. Hurricane-force winds felled thousands of trees, blocking transportation routes and bringing down power transmission lines, interrupting electricity to nearly 200,000 households.An early damage assessment suggested insured losses associated with the storm could reach $80 million, and the City of Vancouver faced the roughly $2 million task of cleaning up thousands of broken trees in Stanley Park. The extensive damage raised questions about the region’s capacity to cope with extreme weather, and prompted journalists and affected residents to offer recommendations about how vulnerability to future storms could be reduced.

Extreme weather events like the 2006 B.C. windstorms periodically illustrate the susceptibility of Canadian communities to climate-related stress. All regions of Canada experience extreme weather events of one type or another, and it is likely that they will increase in frequency and intensity as a result of climate change. The risk these hazards pose demands a purposive course of action to reduce the vulnerability of communities and to strengthen their capacity to cope with weather-related impacts. Public policies designed to achieve these goals can be aggregated under the rubric of climate adaptation. In this report, we seek to contribute to the development of Canadian climate adaptation policies targeted at extreme weather events. Our specific objective is to map out a course of action to address climate change and extreme weather at the community level, and to assess how the federal and provincial governments can facilitate and support these local actions. The report begins by examining climate change and its relationship with extreme weather in Canada. It then develops a policy framework, which identifies goals, principles and instruments associated with effective climate adaptation policy. Finally, the report analyzes two sectors that are particularly sensitive to extreme weather events—emergency management and infrastructure—and identifies specific adaptation actions in these areas. Throughout the report, recommendations are offered to support the design and implementation of climate adaptation policy.