Climate Change and Marine Turtles in the Wider Caribbean 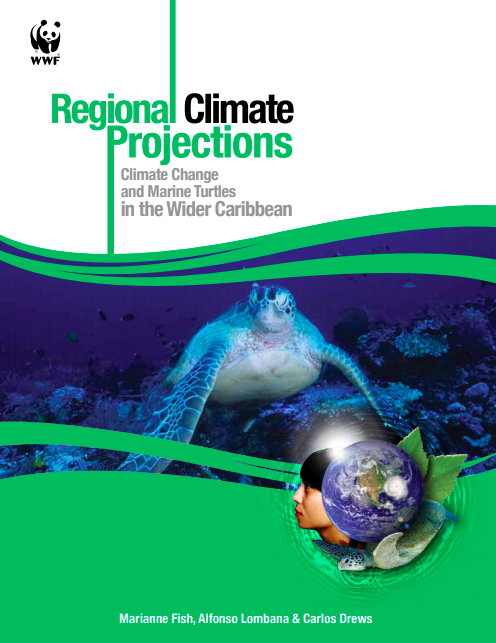 Changing conditions in sea turtle nesting areas as a result of climate change are potentially serious for sea turtle populations already under pressure from over-exploitation, fisheries bycatch and habitat modification. Successful reproduction is key for population survival and is strongly influenced by the nesting environment. Understanding how nesting habitats may be affected by climate change, specifically changes in temperature and precipitation, is an important early step in assessing the vulnerability of regional sea turtle populations.

Climate changes will not be uniform across the globe as they are influenced by local physical processes. WWF has used regional projections for changes in temperature and precipitation to investigate projected changes in nesting conditions in the Wider Caribbean.

The main aims of this project are:

Regional climate change projections for the Caribbean have been developed by the PRECIS-Caribe project and temperature and precipitation projections for thirty-eight countries within the region were analysed. The Wider Caribbean region is facing much warmer and drier conditions in the coming decades. In general, small islands show less dramatic projected changes in both temperature and precipitation than mainland countries and as such may provide refuge from hotter, drier conditions in other parts of the region. The variation in local changes seen here, particularly for precipitation, highlights the importance of examining future projections on a finer scale than global climate models can provide.