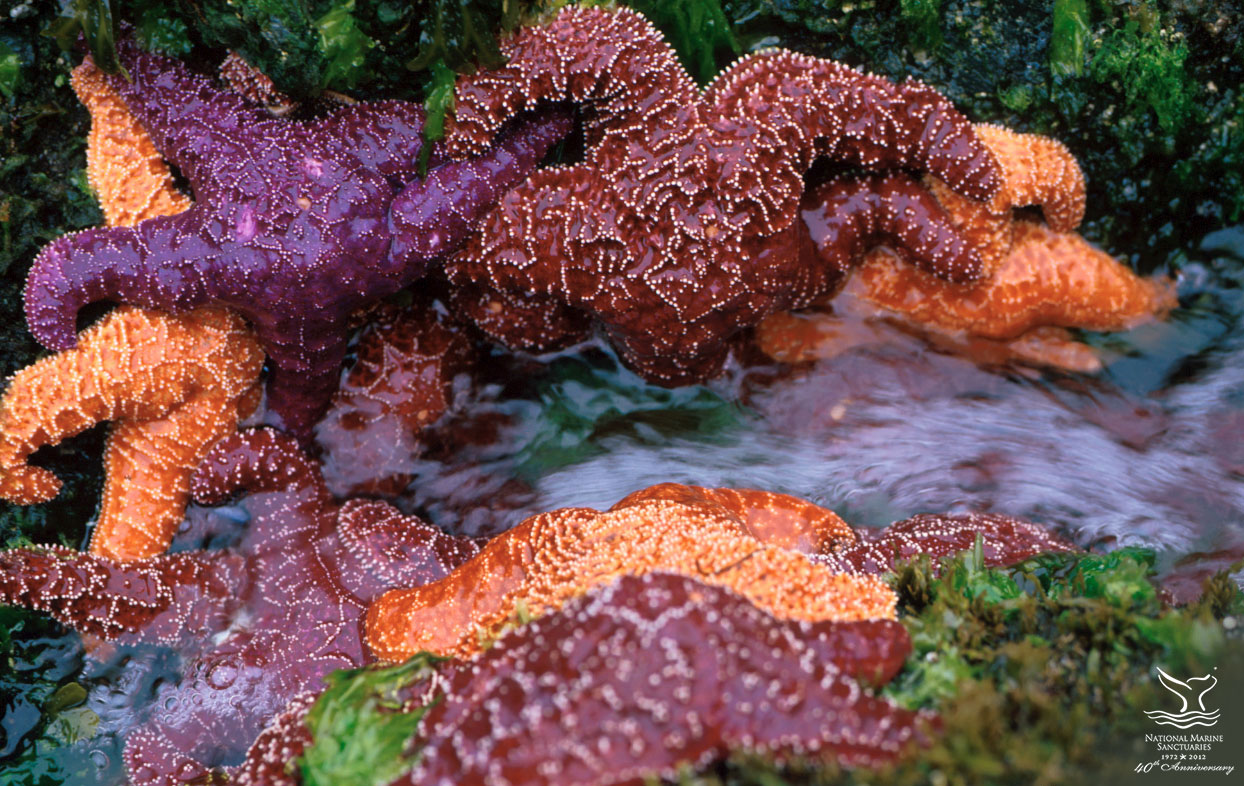 The Olympic Coast National Marine Sanctuary (OCNMS) encompasses 572 square kilometers of marine and near-shore waters and intertidal habitat off of Washington State’s Pacific Ocean coast. As one of 14 national marine sanctuaries managed by the National Oceanic and Atmospheric Administration (NOAA), OCNMS is provided protected status because of extraordinary ecological and maritime heritage values. The Office of National Marine Sanctuaries developed its “Climate-Smart Sanctuary” program in order to facilitate the process of climate adaptation in these special marine waters. This assessment is designed to assist OCNMS in adapting to climate change by bridging the gap between the global projections provided by the IPCC, and the regional and local implications of climate change by 2100.

The direct consequences of climate change on the physical environment in OCNMS were considered and, where possible, the direction and magnitude of change was estimated (Section 2). These physical effects were divided into seven categories: Increasing ocean temperature, ocean acidification, sea level rise, increasing storminess, changing ocean current patterns (with a focus on upwelling), increasing hypoxia or anoxia and altered hydrology in rivers draining into OCNMS.

There are several tenets or guiding principles related to “climate-smart conservation” that can be used to frame adaptation thinking in the sanctuary. These include: protect adequate and appropriate space, manage for uncertainty and expect surprises, reduce non-climate stresses, mainstream climate adaptation, plan for both climate variability and climate change, and reduce the rate and extent of climate change. These guiding principles can be used to frame decisions about adaptive actions related to the four management focal points detailed in the 2011 Management Plan and OCNMS Terms of Designation (water, habitats, living resources, and maritime archaeological resources).