Climate Change in the Midwest: A Synthesis Report for the National Climate Assessment 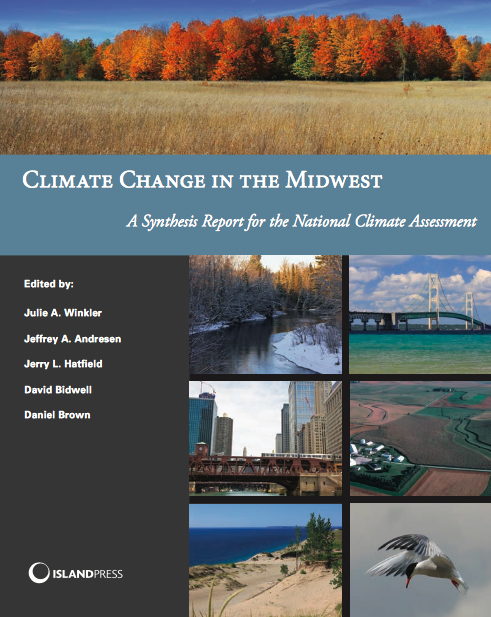 The diverse landscapes of the U.S. Midwest, and the natural processes, livelihoods, and infrastructure associated with them, are vulnerable to climate change. This report, pre- pared as a contribution to the Third National Climate Assessment, addresses the potential impacts of climate change on natural systems, human health, and several important economic sectors within the Midwest. Key findings of the report include the following:

The challenge for the Midwest will be to design and implement creative and effective adaptation strategies to reduce the region’s vulnerability to climate change, while capitalizing on potential co-benefits of mitigation policies.