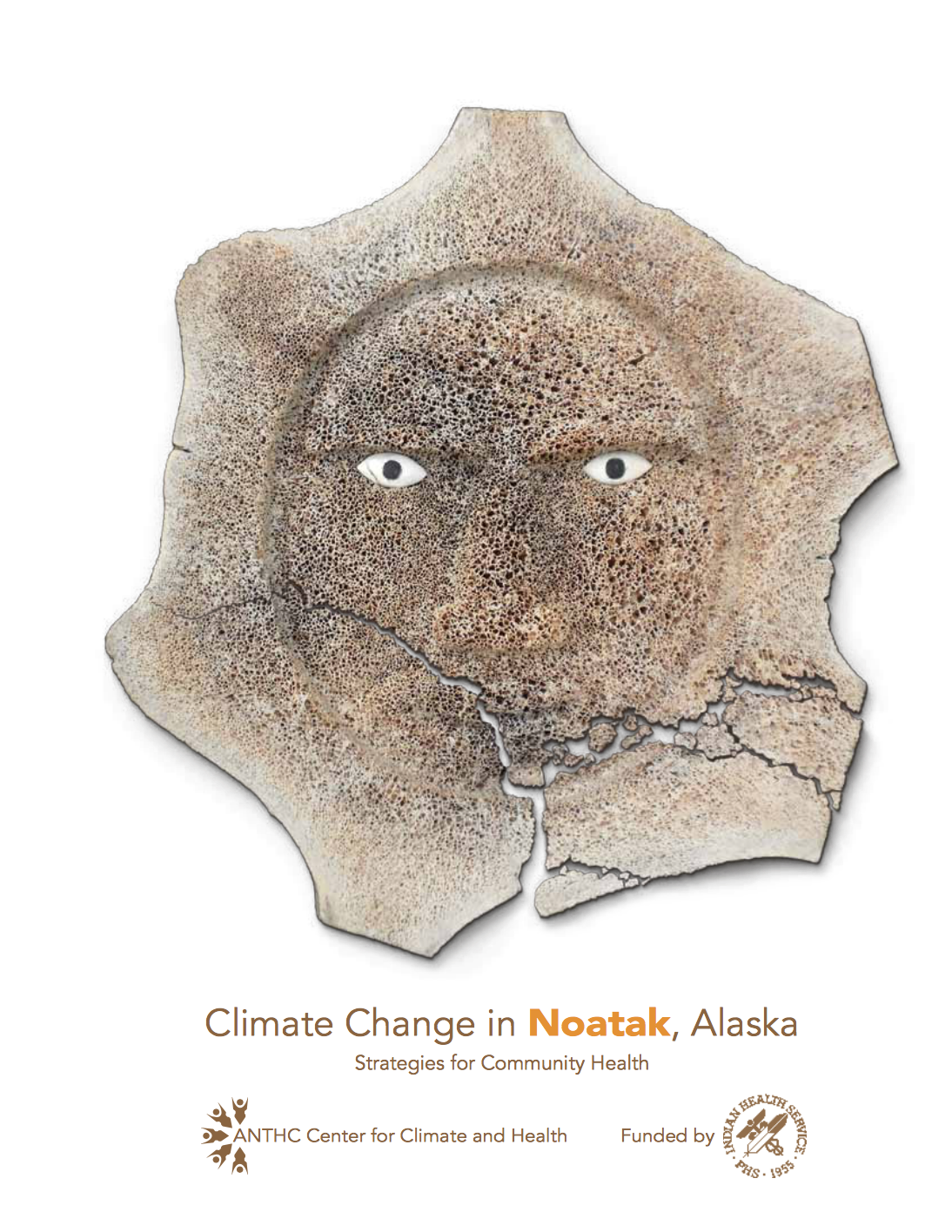 Rural Arctic communities are vulnerable to climate change and residents seek adaptive strategies that will protect health and health infrastructure. In the Inupiat community of Noatak, climate change is impacting the weather, land, river, wildlife, plants, and the lives of the people who live there. Examples of potential health effects from climate change include injuries from falling through ice, heat stroke from extreme summer temperatures, respiratory ailments from wild re smoke, gastrointestinal infections from waterborne pathogens, chronic diseases in the absence of food security, and damage to critical infrastructure.

This report documents climate change impacts as described by the local people and interpreted through the lens of public health. It is the third report in a series describing climate change in Northwestern Alaska. The first two reports focused on the coastal whaling communities of Point Hope and Kivalina. This is the rst to look at an upriver community characterized by a different climate, environment, and cultural practices. It was prepared by the Alaska Native Tribal Health Consortium, Center for Climate and Health in partnership with the Maniilaq Association, the Northwest Arctic Borough and the Noatak Traditional Council. Funding was provided by the United States Indian Health Service.