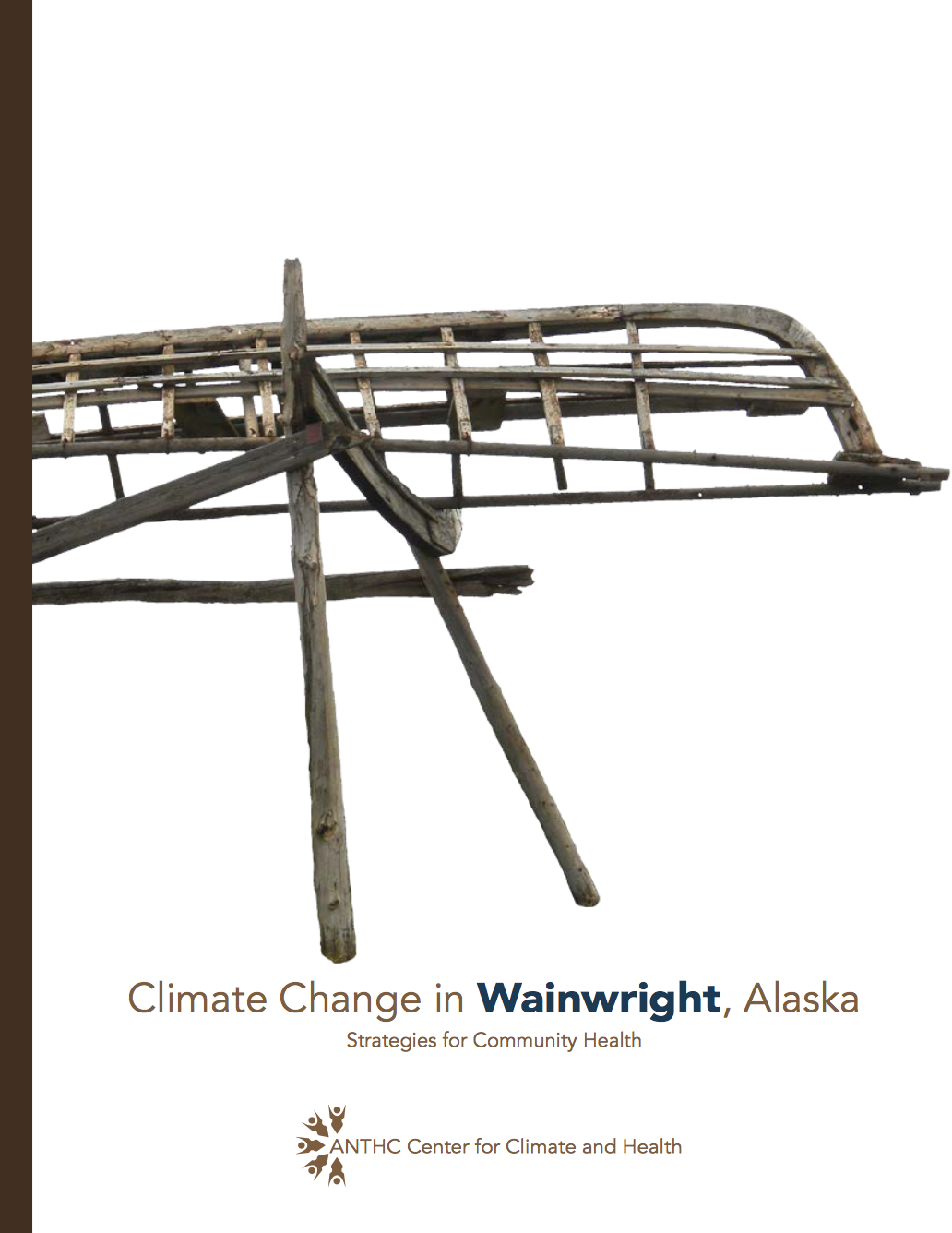 This climate change health assessment project was initiated in 2013 by the North Slope Borough, Health Impact Assessment (HIA) program with a grant from the National Petroleum Reserve-Alaska. The project is in collaboration with the Alaska Native Tribal Health Consortium (ANTHC), Center for Climate and Health, and participating local governments. ANTHC performed an assessment in 2009 in Point Hope with funding from the U.S. Indian Health Service. Under the current project, baseline information on climate change vulnerabilities was compiled for all of the communities in the North Slope Borough, but with a special focus on Wainwright, Nuiqsut, Atqusuk and Barrow. A project team was established to perform on-site visits and to coordinate with local and regional experts. The team included Heather Dingman from North Slope Borough and Jake Bell and Mike Brubaker from ANTHC. Site visits were performed in Wainwright in June 2013 and in April 2014. The onsite survey and report preparation was based on guidance from the village council, city council and the project team. Information sources include observations of local residents, reports from government agencies, and scientific findings gathered from published sources.