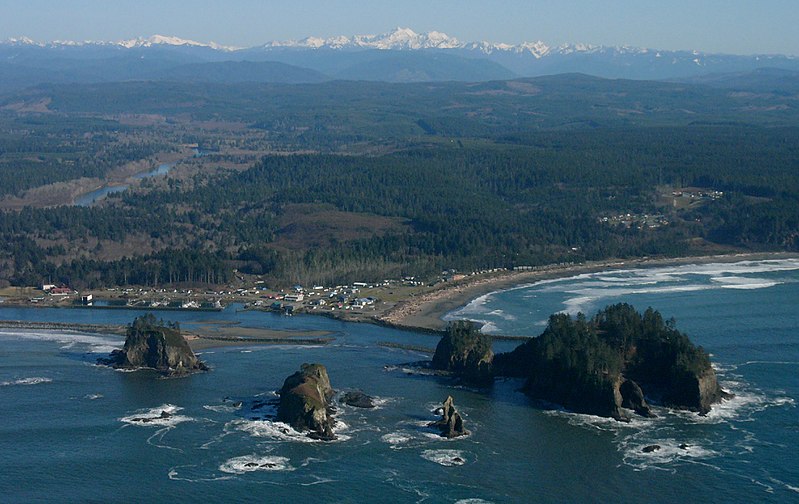 This Climate Plan is prepared pursuant to a grant from the U.S. Environmental Protection Agency, from October 1, 2014 through September 30, 2016, with an update from the same fund planned for 2017.   While the focus is on treaty natural resources, both because of the funding agency and this writer’s being housed in Quileute Natural Resources (hereinafter,sometimes, “QNR”), some sections will address the reservation needs as a whole, including infrastructure and ideas to sustain power, food, and water. Of necessity this Plan is limited by the information available up to the closing date. It will need to be updated to be of optimum use.  A number of entities have already prepared climate vulnerability assessments and the Quileute Tribe has partnered with the Quinault Indian Nation and the Hoh Tribe through Bureau of Indian Affairs funding to have a similar study for its affected natural resources under the Treaty of Olympia. This is being followed up by the same contractors for all three treaty tribes, regarding infrastructure, to be completed by 2017. However, funding differences create disparity in the level of detail and data analysis used for such studies. A large number of analyses by federal agencies and research institutions have also been made available to the public, and these will be addressed within the document. Some agencies, notably EPA, have made climate projection computer tools, which will also be discussed.

There are several kinds of climate plans: vulnerability assessment, adaptation plan, implementation plan, and down the pike, even an effectivenessstudy. Some of these can overlap. This plan will focus on the first two kinds, with some suggestions towards implementation. Implementation ideas will be two‐ fold: the next 30 years, and 7 generations forward. This is because our remote area appears to have a grace period of some 30 years, before major changes to our local ecosystem and resource habitats occur.