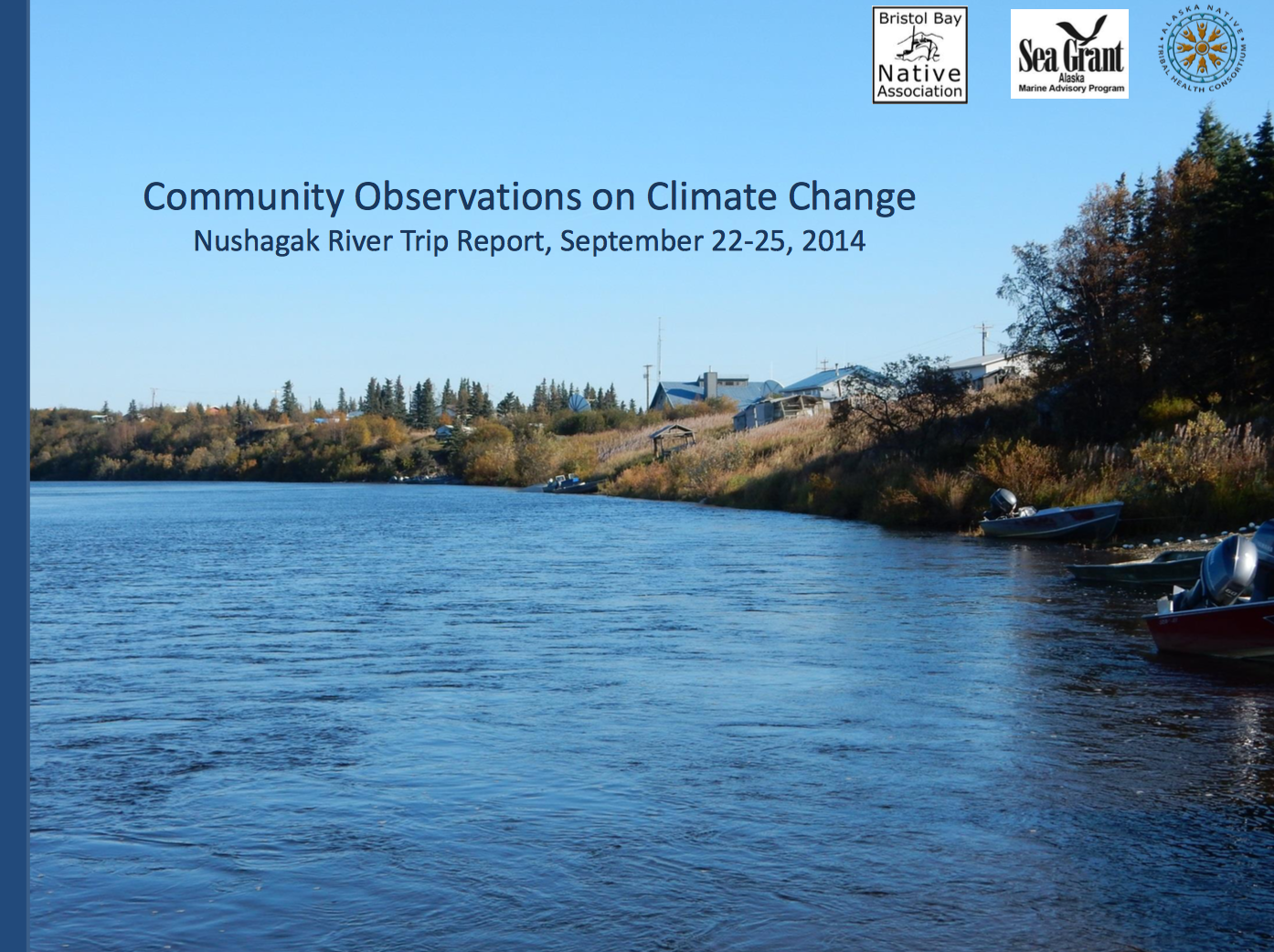 This trip report documents climate change impacts as described by the community members and considers the effects as interpreted through the lens of public health.

In September 2014 the Bristol Bay Native Association, responding to local concerns about climate change impacts, organized an assessment of villages of the Nushagak River, including Koliganek, New Stuyahok and Ekwok. Previous community assessments in the Bristol Bay region were performed in Pilot Point, Levelock and Nondalton and this was an opportunity to investigate a new area and hear the observations and concerns of residents.

The assessment team was lead by Sue Flensburg of the Bristol Bay Native Association and included Gabe Dunham from Alaska Sea Grant Marine Advisory Program and Mike Brubaker from the Alaska Native Tribal Health Consortium’s Center for Climate and Health. The assessments occurred from September 22nd to 25th, 2014. Each assessment included a community tour, public meetings, training, and installation of time lapse cameras for environmental monitoring. Video footage was taken of impact areas along the Nushagak River.