Developing a National Coastal Agenda: A Report on the National Climate Change Forum 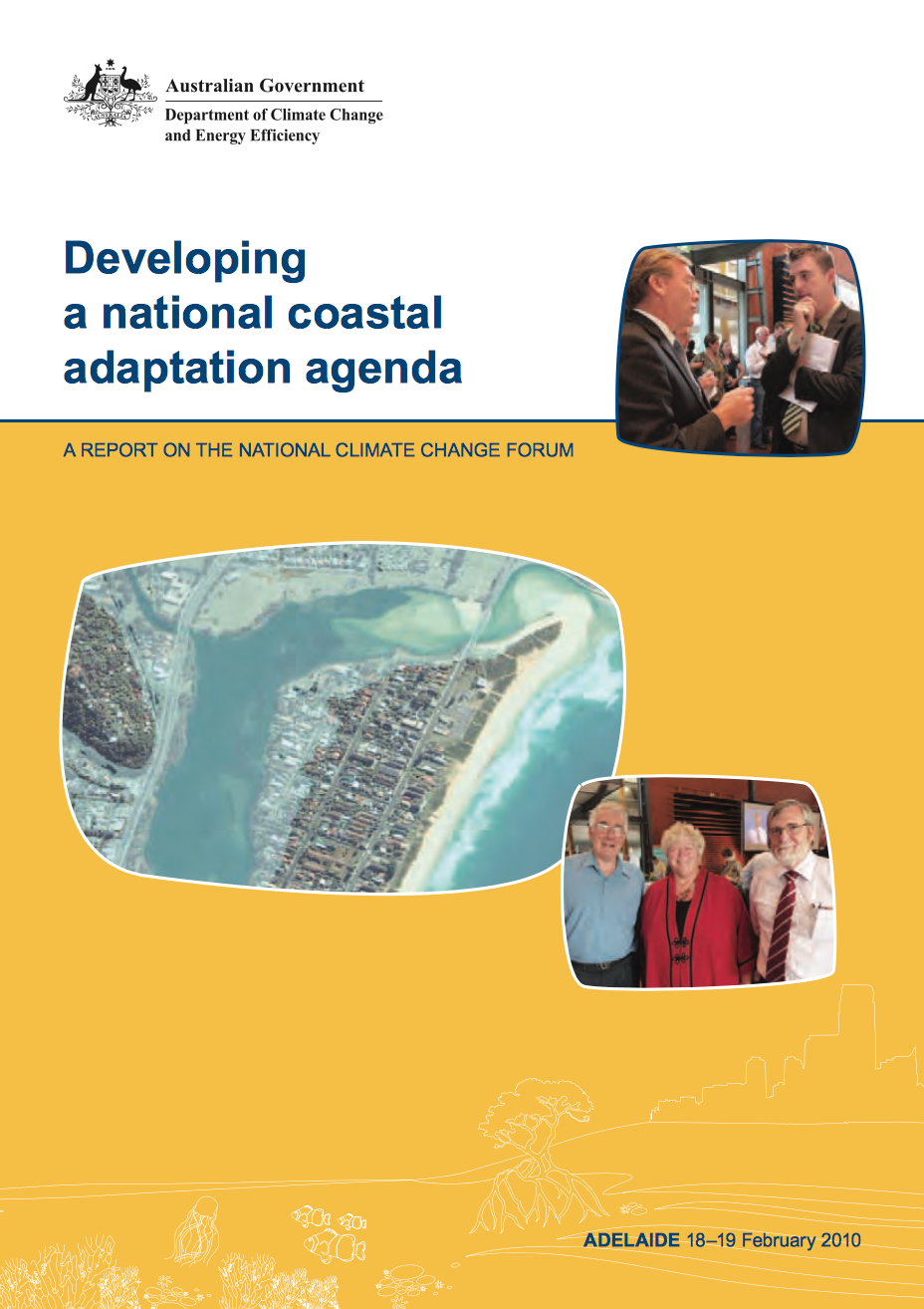 The National Climate Change Forum: Adaptation Priorities for Australia’s Coast (the Forum) initiated a dialogue with coastal decision-makers on the national coastal adaptation agenda. It brought together around 200 leaders from all spheres of government, professional associations and the research community to discuss how we need to work together to prepare Australia for future climate challenges on the coast.

Leading scientists confirmed that the climate system is changing faster than previously thought and that sea-level rise of a metre or more this century is plausible. Due to momentum in the system sea-level rise will not stop at 2100, and it could well continue to rise to several metres in the centuries to come, even after greenhouse gas concentrations in the atmosphere are stabilised. The risks to coastal lands and assets are large, and will increase substantially in coming decades if current development patterns continue. Of particular concern is the likelihood that the impacts of climate change in the coast will most affect those with the least capacity to respond.

There was broad agreement among Forum participants that a coordinated national approach, with clear allocation of responsibilities, will reduce uncertainty in responding to climate change risks, and reduce the confusion and potential costs and inefficiencies associated with inconsistencies in a national market. Local government representatives called for national leadership in risk guidance, enhanced consistency of planning policies and standards, provision of clear and accessible climate change science and information, and assistance in the engagement of communities and communication.