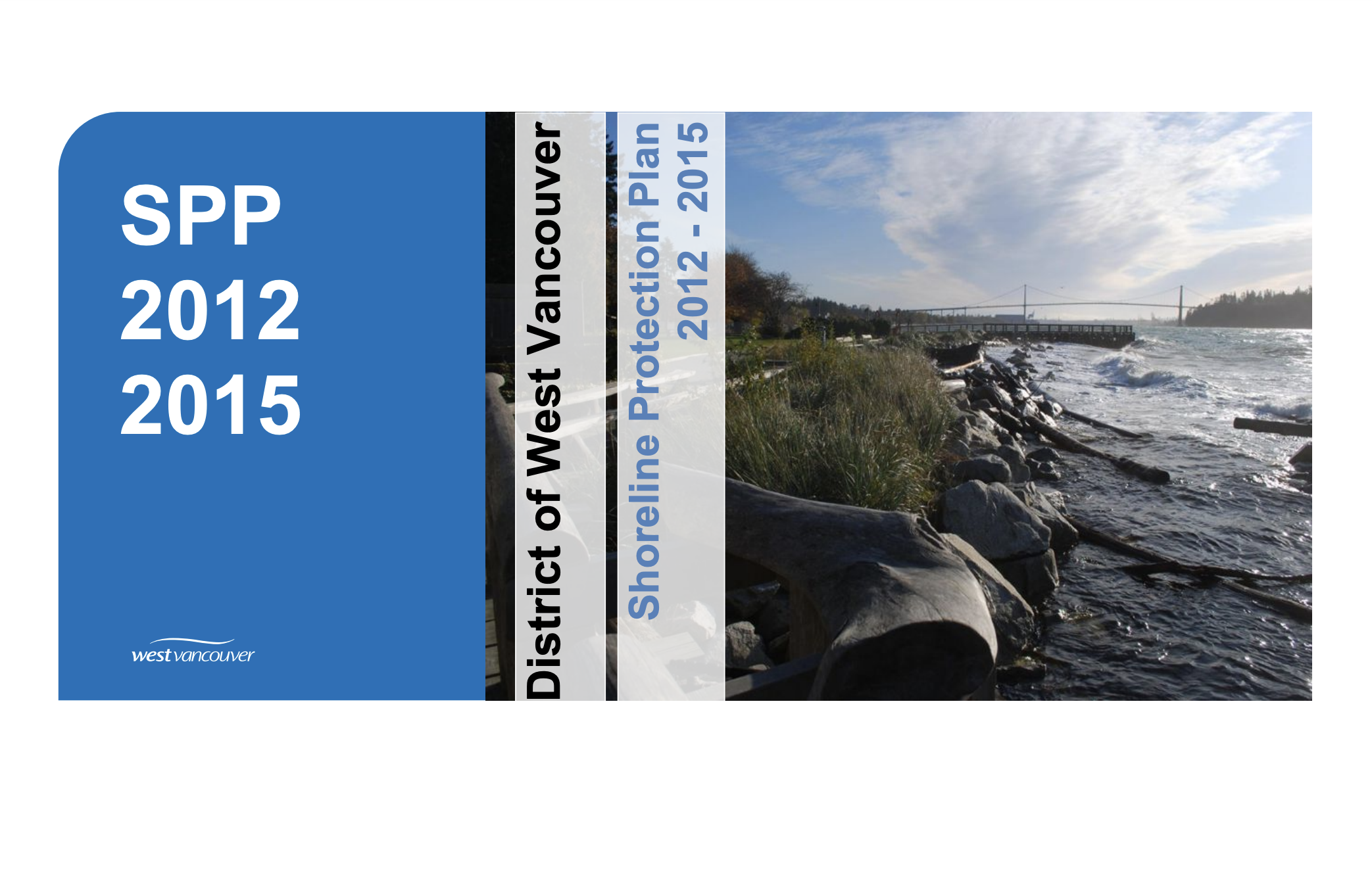 The growth of West Vancouver has seen the ‘urbanization’ of its waterfront and watersheds resulting in the hardening of shorelines with concrete and rip rap sea walls and the channelization of watercourses. These effects have unbalanced the sediment transport system that historically fed the shoreline causing an increase in sediment losses and a decrease in deposition. The result is an accelerating process of erosion with negative impacts to the environment and infrastructure. This damage to West Vancouver’s shoreline is further exacerbated by the predicted changes in climate and rise in sea levels – estimated to be as much as 1 m in the next 100 years with increasingly severe and frequent storms. Left unchecked, these processes acting in concert will continue to cause increased capital costs to repair and maintain West Vancouver’s waterfront.

This Shoreline Protection Plan (SPP) 2012-2015 provides a description of the works completed to date, the challenges and their successes. It includes a description of projects for immediate consideration, potential improvements for existing projects and identifies new minor and major projects for the future. Like West Vancouver’s shoreline, the SPP will forever evolve in response to changing circumstances and future issues. It is a document that describes the actions needed to create a sustainable waterfront for all that is natural, sustainable and ecologically productive.

It's a living document that will evolve with the shoreline, directing available funds opportunistically to maximize restoration and protection values. The SPP represents the District of West Vancouver’s commitment, laid forth in its mission statement and Official Community Plan, to protect and enhance one of its greatest natural assets.

West Vancouver is a district municipality in the province of British Columbia, Canada.