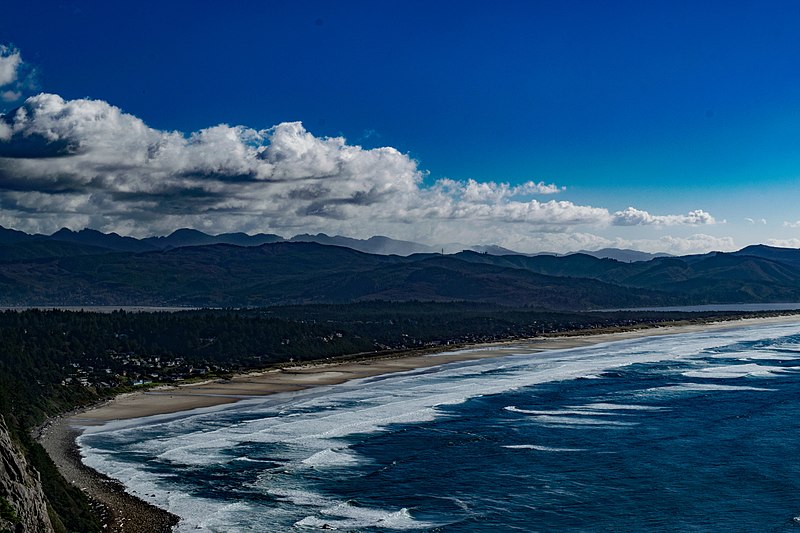 Coastal inundation due to sea level rise (SLR) is projected to displace hundreds of millions of people worldwide over the next century, creating significant economic, humanitarian, and national-security challenges. However, the majority of previous efforts to characterize potential coastal impacts of climate change have focused primarily on long-term SLR with a static tide level, and have not comprehensively accounted for dynamic physical drivers such as tidal non-linearity, storms, short-term climate variability, erosion response and consequent flooding responses. Here we present a dynamic modeling approach that estimates climate-driven changes in flood-hazard exposure by integrating the effects of SLR, tides, waves, storms, and coastal change (i.e. beach erosion and cliff retreat). We show that for California, USA, the world’s 5th largest economy, over $150 billion of property equating to more than 6% of the state’s GDP and 600,000 people could be impacted by dynamic flooding by 2100; a three-fold increase in exposed population than if only SLR and a static coastline are considered. The potential for underestimating societal exposure to coastal flooding is greater for smaller SLR scenarios, up to a seven-fold increase in exposed population and economic interests when considering storm conditions in addition to SLR. These results highlight the importance of including climate-change driven dynamic coastal processes and impacts in both short-term hazard mitigation and long-term adaptation planning.